A Circumciser in the Past, Now End FGM/C Advocate

Aisa Kefina, 60, was a traditional birth attendant for about 30 years and a traditional circumciser for over 7 years in her community. Aisa says she learned to be both a birth attendant and a circumciser from her mother, stating, “My mother was a well-known traditional birth attendant and circumciser. I used to go around with her at a very young age, which is how I learned all her skills.” Aisa Kefina did not get paid in cash in exchange for the services, but rather was given goat skin and a portion of goat meat from the big celebration during circumcisions. She remembers the experience saying, “while working as a birth attendant, I was lucky for the most part, but I have experienced still birth delivery from young girls and a very long labour and I did not know what to do with it.”

Ethiopia’s National Strategy on Harmful Traditional Practices (HTPs) against Women and Children states that HTPs cover all traditional practices which violate and negatively affect the physical, sexual or psychological well-being, human rights and socioeconomic participation of women and children. Female Genital Mutilation or Cutting (FGM/C) is one of the major harmful practices in Ethiopia.

Aisa Kefina was not aware of the negative implications of FGM/C during labour and delivery. She explains that she did not know why some girls had prolonged labour. She explains,

“I did not think about FGM/C and its complications back then. I thought it was a matter of luck. There was no education.” After years of practice, Aisa learned about effects of FGM/C through a community dialogue group.

She states, “It is during the community dialogue that I became aware of the issue. It was also a self-awareness time. My labours were difficult, and I have severe pain during menstruation. Who knew it was because of FGM/C? I had been cutting girls in the name of religion, but I was wrong. Seeing the religious leaders in the group discussions was surprising.”

Community dialogue is one of the strategies implemented to raise awareness on the consequences of FGM/C through the support of UNFPA-UNICEF Joint Programme for Acceleration of Abandonment of FGM/C. Phase II of this programme has been operating in Adaar, Chifra and Mille Woredas of Zone One in Afar region since 2013. Community dialogue is held twice a month by two facilitators selected from a group of 60 -70 community members. The facilitators are trained by the Bureau of Women, Children and Youth (BoWCY) on different topics like safe delivery, FGM/C and child marriage based on a community conversations facilitation manual. Members get together twice a month to discuss FGM/C and other harmful practices in their communities. Facilitators then report their discussions once a month to BoWCY through their respective district structures. The UNFPA-UNICEF Joint Programme has equipped communities and religious leaders with adequate knowledge to abandon harmful practices and change social norms around it.

Seada Ahmed, Aisa’s group facilitator says, “Aisa’s story has brought positive change in our community. It has made my task a lot easier as she always shares her story and became a practical example to communities. She regrets her time as a circumciser, and she always mentions it during the discussions.” Aisa has 21 grandchildren, 13 of which are girls. Among her 13 granddaughters, 11 of them are not cut. Her daughter Fatuma Mohammod says, “After my mother learned about FGM/C, she told us that nobody is going to touch her granddaughters. We were all happy to hear that because it is usually the older generation that has a difficult time with change. I am so proud of my mom.”  Aisa spends most of her time visiting the community in her neighborhood explaining her past and opening a space to discuss FGM/C issues and consequences.

Rabiya Nore, Head of Women, Children and Youth in Chifra Woreda, also testifies of the progress in the community, “The community conversation has been very helpful for women. It has become a safe space for them where they express their feelings openly. It has brought a positive relationship among themselves and they work together to convince communities on effects of FGM/C. The participation of religious leaders is another reason we are succeeding. We still need to work hard to bring a strong link between education, justice, health and BoWCY in order to make FGM/C in Afar a history.”

Aisa added, “because it was considered a culture in my community, the practice was so normal. But it is such a privilege to learn all the problems earlier as it helped me save my grandchildren and my community”. 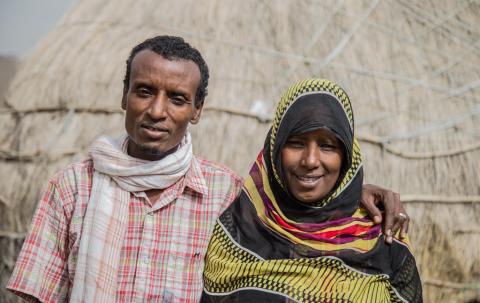 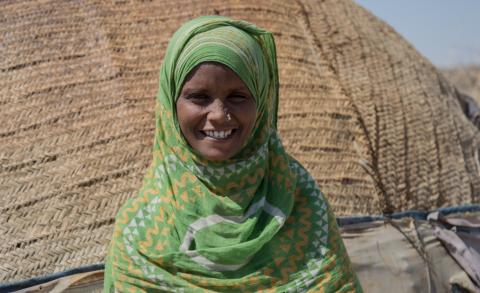 FGM/C survivors teach communities to end the practice in Eth 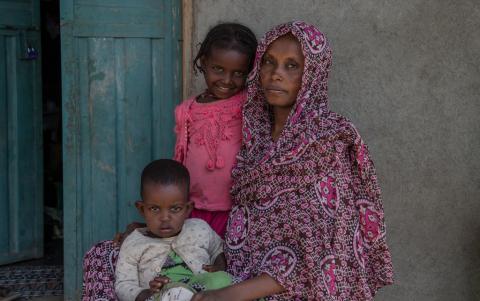 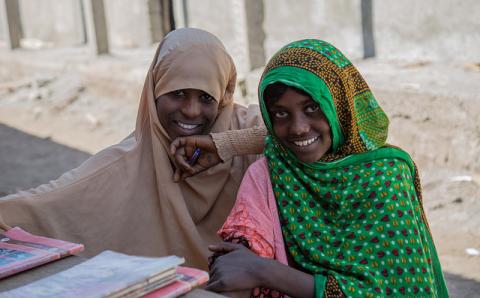