The practice of widespread open defecation, has negative health and social impacts on communities, particularly in terms of diseases such as diarrhoea and cholera.

“It is disheartening to note that according to MICS 2014, 11% of Swazi population practise open defecation.  Empowering communities is important for this country as we move towards achieving access to adequate and equitable sanitation and hygiene for all and end open defecation, paying special attention to the needs of women and girls and those in vulnerable situations – Sustainable Goal number 6. ”, said Ms Rachel Odede UNICEF Eswatini Representative commenting after the training.

“I am confident though that the communities that have been sensitised on Community Led Total Sanitation will support each other to ensure defecation free communities.”  Ms Odede remarked.

The practice of widespread open defecation, has negative health and social impacts on communities, particularly in terms of diseases such as diarrhoea and cholera. Community-led total sanitation involves facilitating a process to inspire and empower rural communities to stop open defecation and to build and use latrines, without offering external subsidies.

As part of the training the training of trainers participants conducted a session in 8 communities in (Mpofu Unit 2, Mpofu Unit 7, Veketseni) Hhohho region and Khuphuka, Siweni, Mkhaya, Sthobela, Sibovini in Lubombo region. The field practical was an eye opener to the participants as the communities participated and had no problem with using local vocabulary for faecal matter.

Communities acknowledged that they are consuming and bathing in faecal contaminated water which needed to stop. During the community transact walk they realised how filthy their environment was and how their livestock was also consuming human waste in the fields due to open defecation. Even those members of the community who did have toilets realised that they were consuming their neighbours faecal matter.

Most of the communities made plans to start digging their toilets to stop open defecation. On the last day of the training the communities joined the Training of Trainers participants to present their Open Defecation Free community plans which aimed to end open defecation within 90 days. Already within 24 hours of the Community Led Total Sanitation facilitator visits the communities had started digging and were working together to support the elderly to ensure that they also had their dignity protected with access to private toilets.

“ Let us do things for ourselves as Swazis, now that we have the knowledge on ending open defecation  let us act,”  said Dr Magagula Director of Health Services –Ministry of Health at the training closing ceremony.

For more information about UNICEF and its work for children, visit https://www.unicef.org/ 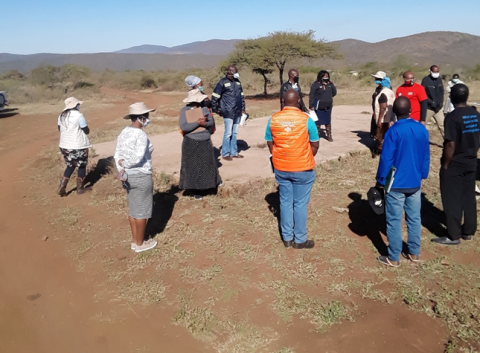 In this regard, the Environmental Health Department, World Vision and UNICEF have engaged six chiefdoms in Shiselweni and Lubombo regions to construct toile 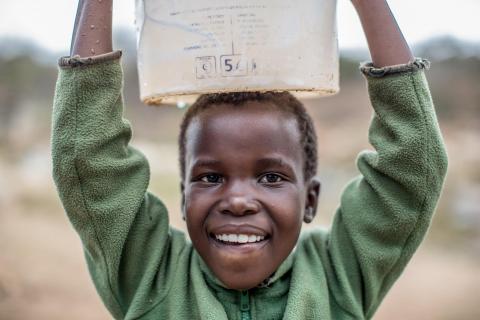 It’s a cool morning in Lomahasha, a village in the eastern part of the Lubombo region of Eswatini.