Why girls aren’t learning in the Dominican Republic?

It’s Monday morning in a typical Dominican neighborhood and four girls wake up — but they’re not getting ready to go to school. One prepares breakfast for her older brother before he heads off to class and she gets ready for a day of chores. The other is too scared to walk to the nearest metro station for fear of harassment. The next isn’t attending school because she can’t afford the necessary supplies. The fourth has stopped her education because she is pregnant.

For girls in my country, it’s not easy to access a quality education; in the Dominican Republic there are over 100,000 girls out of school and only 56.7% of girls complete high school. Traditional expectations, teen pregnancy, poverty and gender-based harassment prevent them from learning.

In almost every Dominican home, girls and women are the ones responsible for house chores. Since I was a little girl, I’ve seen my female friends and cousins washing the dishes, cooking, cleaning the house and doing the laundry, while their brothers of the same age were playing video games or going out with their friends. Our society considers cleaning as a women’s task and many parents oppose seeing their sons with a broom.

These gender norms limit the time girls can be spending on their studies and also shape their perspectives on women’s role in society, which further affects what careers they pursue. A study by the Inter-American Development Bank revealed that gender stereotypes in the Dominican Republic prevented women from pursuing professions related to the public, financial and industrial sectors. As a girl, adults expected me to become a teacher, doctor or designer — careers that have high numbers of women. When I told them I want to become an economist — a male-dominated field — I was met with confusion and frowns. People would tell me that it is a career for men and asked me if I “couldn’t find another profession.” When adults react with this type of judgment and disapproval, it prevents girls from realizing their ambitions and solidifies the role of women as the caretakers and men as the providers.

Another problem preventing Dominican girls from achieving their dreams is teen pregnancy. In the Dominican Republic, one in four women between 20 and 49 years old has had a child before turning 18 and almost half of them had a child before 20. At age 18, I’ve already seen girls I once played clapping games with get pregnant. The Dominican Republic is among the five countries with the highest proportion of teenage pregnancies in Latin America. This is no surprise considering the government just passed a law prohibiting child marriage this year. Teen pregnancy ends up affecting the future generations. According to UNICEF, 27.6% of Dominican children with parents under 20 years old do not go to school.

Poor sex education contributes to the teen pregnancy crisis. While this subject is on the Dominican academic curriculum, the amount and quality of sex education students get depends mostly on the school or the teacher’s preferences. Exacerbating this issue is the fact that most parents don’t teach their children about sex so teenagers have little knowledge about the use of contraceptives. Teachers and parents need to understand that treating the topic as a taboo only increases the chances of our young people becoming parents before adulthood.

Other factors include the cultural belief that it is better to have children while younger or the perspective of pregnancy as a means for personal fulfillment, especially for women. Among girls from vulnerable backgrounds, it is common the idea that living with a partner is the only way to achieve independence and leave their family home.

It is also a self-perpetuating cycle: Girls with lower levels of education are more likely to get pregnant and children with parents who did not complete their education are more likely to be out of school. Research published by the UNFPA in the Dominican Republic suggests that 66–70% of women who have not exceeded eight years of schooling have started a union or had a child. On the other hand, 73% of girls who go to school have not had children.

Poverty, lack of resources and deficiencies in the education system

A few months ago, I was participating in a virtual academic competition with students from across the country. At one point, the teacher of a little girl interrupted the judges to ask, “Sorry, can you please examine my student soon? She traveled two hours to get here as she doesn’t have access to the internet in her home.”

This is the reality of many children who live in lower-income neighborhoods and rural areas. Lack of electricity, internet and school materials prevent them from accessing a quality education. When students aren’t learning in school, many families don’t see education as a priority and instead choose to have their children take care of the home, marry early or work.

Gender-based violence affects female university students’ ability to learn and feel safe at school. Due to insecurity on our streets, girls fear sexual assault on their way to class. 84.3% of women over 15 years old have been victims of violence in the streets. I’ve been catcalled by older (and old) men since I was 11 years old when walking to church or school. While this is seen as “normal” and “an act of manhood,” it makes girls unsafe even before hitting puberty. My friends are afraid of taking classes at night because they can be sexually assaulted on their way home.

There are also issues once girls get to the classroom. A study showed that 22% of women have suffered sexual harassment in educative environments. Moreover, I asked 30 friends from different universities about professors making sexual advances to students. 29 responded that it was common and many told me that they or a close friend had experienced it, explaining they wouldn’t feel supported by the institution’s authorities if they reported the case and therefore don’t usually file complaints.

What saddens me the most is that I’m not speaking hypothetically about something I watched in the news. Everything described in this article I have either seen or experienced. Girls’ education problems in the Dominican Republic are tangled with other issues that affect the nation, but most especially with machismo and the deficiency of our education system. We, Dominicans, shouldn’t be uncomfortable talking about this topic. We need to have the uncomfortable conversations about gender norms, teen pregnancy and early union, poverty and violence against girls and women in order to create change. 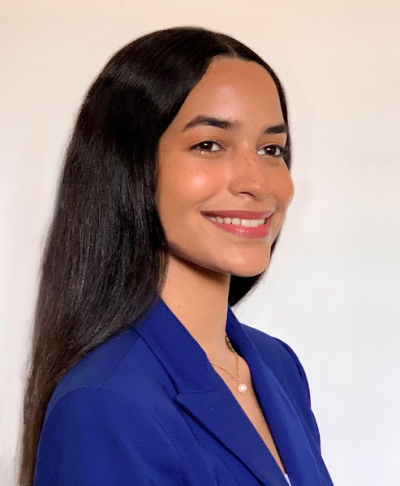 Isamar Marte Núñez (she/her) is a Dominican student, education activist and future development economist. She loves reading, having fun with her friends and family, and eating! You can follow on her account about education in the Dominican Republic. 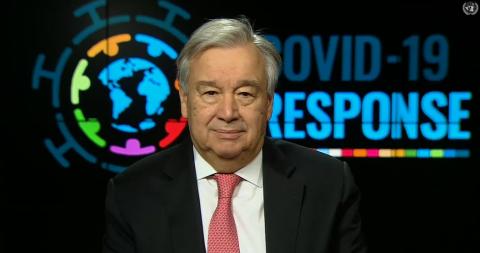