“I’m an entertainer, a social change maker, a young citizen of Mao who wants his little brothers and sisters to walk towards a taboo free society”, introduces Bruno himself, 23 years old, working as a librarian, responsible for socio-educational activities at the CLAC (Centre for Reading and Cultural Activities). For 2 years, he has been providing HIV testing and counselling services for free. The gratitude from his peers combined with evidence-based results has been the thriving force behind his regular and proactive commitment.

“At the beginning, it was difficult to approach the youth, so steeped in the traditions of religious practices and beliefs. It was impossible to pronounce a simple word like ‘condom’."

"I had to discuss with the traditional and religious chiefs in order to have the information passed in churches and mosques,” Bruno tells us. Thus, in this era where young girls are slowly gaining their place in the society, it is time take action towards a healthy sexual life. Through Bruno’s efforts, HIV is no longer widely considered as “God’s will”, but as a life-threatening virus that can be treated and where good practices can prevent its transmission.

The CLAC in Mao is now crowded with young people who want to know their HIV status, like the 19-year old Fatime. “I’m here to take the HIV test. It’s important to know my status, for my own health, that of my family and of the community. When I know my status, I know what to do: in case I am positive I need to start ARV treatment as soon as possible."

"Whether positive or negative, I will start counseling my sisters, brothers, mothers on the dangers of HIV and how to prevent it."

In 2019, another 4000 young people between 10 to 24 were tested, only 8 proved to be HIV positive. “Accepting this diagnosis is one of the most difficult experiences in the life of a citizen in Mao, where social stigmatization is still very present in our parents’ generation. My family will never accept it. They may even kill me because I am considered a curse to them. I am keeping my diagnosis for myself. Only Bruno and the ARV provider know my status. My life is normal, but others will not see it in the same way”, says Adamou (false name), 24 years old.

Bruno still remembers the day when Adamou came for the test. “He was not ready to accept the diagnosis, so I decided to buy some time by telling him that the test might be invalid because expired. The next time we talked, I explained him the difference between HIV and AIDS, and told him how a person can happily cope with a HIV positive life. I told him that malaria kills much more people. Then, I gave him the result.” One month later Adamou called Bruno to thank him for his pre- and post-diagnosis support. He doesn’t feel lonely, and no longer thinks his life has no sense as was the case after he suspected he was infected. And he still has a dream, to become a driver.

Unicef Chad/2019/Martina Palazzo
Bruno is testing some young people at the CLAC.

Unicef Chad/2019/Martina Palazzo
The result of a HIV test is ready in 15 minutes.

In Chad, despite a relatively low HIV incidence at 4,4%, only half of the HIV positive population was under treatment in 2018. About 120.000 people are living with HIV, of which 50% are women older than 15*. Numbers that describe a reality where ignorance and traditional beliefs reinforce the danger factor of transmission.

Bruno is one of the 50 youth leaders in Mao who received a training on peer education and mentoring on HIV prevention and care, thanks to the financial support of KfW. Peer educators like Bruno are key actors towards better information and awareness: they instill confidence in teenagers, they listen to their concerns, they advise them on a healthy sexual life. Their commitment: to continue their efforts to inform the population on how to prevent HIV and live positively with it. Their slogan: “HIV doesn’t kill.” 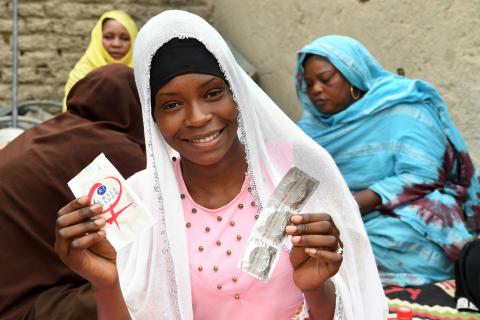 HIV/Aids
Chad is one of the countries in Africa that is the most affected by the AIDS epidemic with an overall prevalence of 1.6% according to DHS/MICS from 2014-15
Explore our work 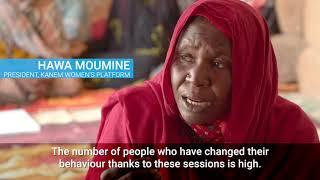 HIV awareness
Enjoy how young reporters use the airwaves to raise HIV awareness.
Visit the site 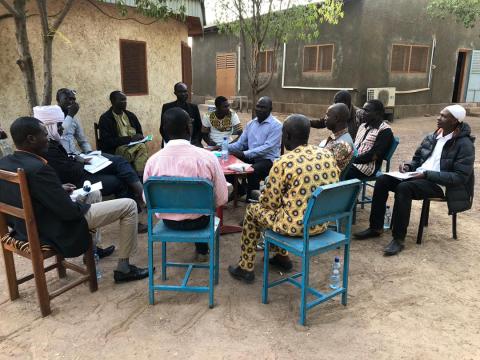 For a school with no gender borders!
With KOICA support, the Ministry of National Education and Civic Promotion organized a teachers’ training in December 2019 in Abéché, Ouaddaï Province
Read the story 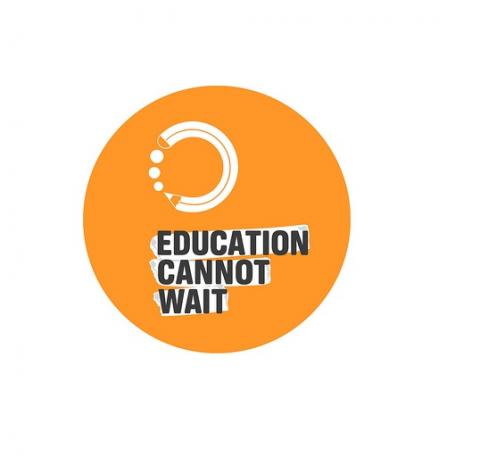