UNICEF is on the ground before, during, and after emergencies, working to reach children and families with lifesaving aid and long-term assistance.

Burundians across the country, especially women and children, remain vulnerable to humanitarian crisis due to high levels of poverty.

Some 1.77 million people, including 993,000 children, are affected by the humanitarian crisis and the economic downturn, and require humanitarian assistance. This includes some 60,000 children suffering from severe acute malnutrition (SAM).

This situation is more likely to worsen due to natural disasters (i.e., floods, landslides and rainfall deficits), population movements, epidemics (e.g., cholera and peaks of malaria) and the risk that Ebola will spread across the border.

Some 110,000 people are displaced inside the country, primarily due to natural disasters. The ongoing voluntary repatriation process within the tripartite agreement facilitated the return of 15,000 Burundians (57 per cent children) in 2019 while 343,333 are still seeking refuge in neighboring countries.

As long as Ebola is in DRC, Burundi is a priority 1 country for Ebola preparedness in the region. While important progress has been made in 2019, critical gaps remain in ensuring Ebola prevention and adequate capacities to respond.

With the two cholera epidemics of 2019 difficult to contained and peaks in malaria cases, the health situation remains worrying.

UNICEF is committed to reinforcing the resilience of systems and communities by increasing disaster risk reduction, emergency preparedness interventions and expanding multi-sectoral and integrated responses to reduce and mitigate the risks and the needs associated with population movement, health epidemics, natural disasters and malnutrition.

UNICEF will continue to target populations in priority districts who are most vulnerable to the likely spread of the Ebola epidemic with prevention and preparedness activities that focus on WASH and Risk Communication and Community engagement.

UNICEF is committed to providing a package of gender and age-sensitive interventions comprising life-saving health services; malnutrition prevention and treatment; access to safe water and sanitation; hygiene promotion; and critical and risk-informed education and protection services. Communication for development is mainstreamed across all sectors of intervention and mechanisms for engaging communities in social cohesion, risk reduction and improved access to basic services.

Available publications, surveys, reports will be added in this section. 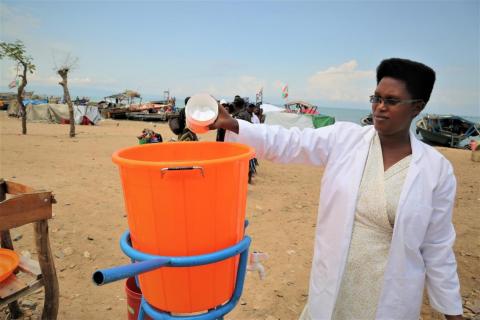 A pictorial look back at Ebola preparedness at the port of Rumonge, Burundi 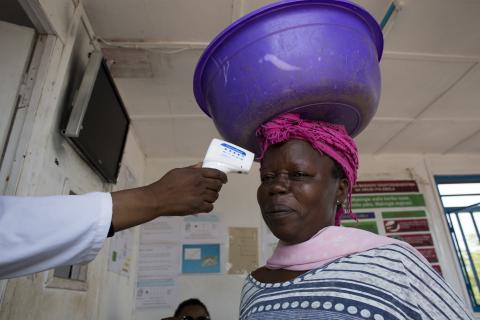 Preparedness in Burundi against an Ebola outbreak 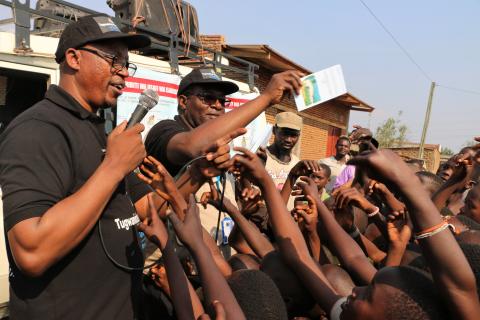 Ebola has been declared a public health emergency

Read more about UNICEF and partners are working to prevent Ebola from coming to Burundi.