In 190 territories and countries, including Bosnia and Herzegovina, UNICEF works for every child every day, to build a better world for everyone.

The goal of the Bosnia and Herzegovina Country Programme is to support the country’s efforts to accelerate the realization of child rights by fostering greater social inclusion, particularly of the most vulnerable and excluded children and families (children with disabilities and children of minorities, especially Roma and children in impoverished communities). Current Country Office priorities include child rights monitoring, social protection and justice for children, early childhood education and young child well-being for all children.

Explore our work to see the programmes we create on behalf of children in Bosnia and Herzegovina.

Every child survives and thrives

Every child has an equitable chance in life

Every child is protected from violence and exploitation

Every child lives in a safe and clean environment

Find out more about the projects we are involved in

DIALOGUE FOR THE FUTURE

Children in Bosnia and Herzegovina

In Bosnia and Herzegovina, UNICEF defends the rights of children, focusing on the poorest and most disadvantaged.

Early childhood education (ECD) can lay the foundation for later success in life in terms of further education, well-being, employability and social integration, especially for children from disadvantaged backgrounds. In Bosnia and Herzegovina the percentage of three- to four-year-old children attending ECD is still extremely low, although in recent years the percentage of five-year-olds attending preschool one year before enrolment in primary school has significantly increased, from 31 percent in 2011 to 54 percent in 2016.

There are between 25,000–50,000 Roma in Bosnia and Herzegovina, making them most numerous minority. The Roma are unfortunately also the most disadvantaged and most vulnerable minority. Almost 80 percent of Roma children in Bosnia live below the poverty line, and infant mortality is three times higher among the Roma. Only four percent of Roma children are fully vaccinated, and one-third do not attend primary school.

Some estimates indicate that 6.5 percent of children from two to nine years of age in Bosnia and Herzegovina have some form of disability and constitute one of the most marginalized and excluded groups in Bosnia and Herzegovina society. Some of the obstacles they face include a lack of services and support, discriminatory legislation, a lack of training for teachers and prejudice.

The Convention on the Rights of the Child (CRC) calls on states to protect children from all forms of physical or mental violence, injury or abuse, neglect or negligent treatment, maltreatment or exploitation. Unfortunately, according to the latest data, more than half of children in Bosnia and Herzegovina aged 2-14 years are subjected to some kind of violent discipline, psychological or physical, by their parents or other adult household members.

UNICEF in Bosnia and Herzegovina

UNICEF was one of the first organizations to respond to the outbreak of war in former Yugoslavia in 1991. One year later in 1992, UNICEF opened its office in Bosnia and Herzegovina. UNICEF, together with the UNHCR and the WHO, began working to meet the desperate needs of women and children caught in the middle of the bloody conflict. After the war ended, the role of UNICEF evolved from that of an emergency aid provider to supporting government bodies and civil society organizations in their efforts to restructure support services in order to be able to work towards fulfilling the rights of children, young people and women. In recent years, the focus in Bosnia and Herzegovina has shifted away from reconstruction towards development.

The UNICEF Country Office is in Sarajevo. It carries out UNICEF's mission through a unique set of programmes that focus on practical ways to realize the rights of all children. Some interventions cover various locations, while others focus on the policies affecting the whole country. 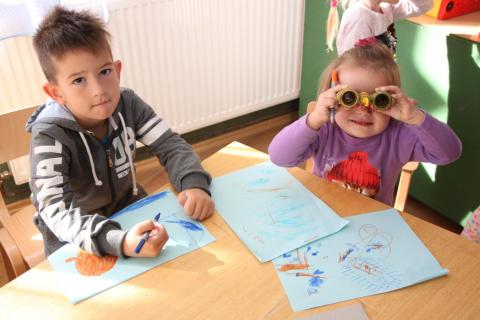