Warning on different court procedures in cases of alimony payment

Groups of experts and members of the Bosnia and Herzegovina Children's Council gathered at the meeting in Mostar to assemble the report on the implementation of the Action Plan for Children of Bosnia and Herzegovina 2015-2018. Among many other important subjects, they also discussed the suggestions made in guidelines for evaluation of the best interest of a child in case of divorce and alimentation, domestic courts handlings of requests for child support and alimentation from abroad, as well as the civil-legal aspects on international child abduction. After the divorce, many single parents in Bosnia and Herzegovina face problems caused by avoidance or inability to pay alimentation. Those problems are additionally complicated by inconsistency and many differences in the case-laws on this subject, and while some parents cannot fully exercise their right to support their child; others, however, end up in prison. Assistant Minister of Justice in Bosnia and Herzegovina, Nikola Sladoje, and the judge of the Široki Brijeg County Court, Katica Artuković, also warned on the issue of different or opposing court procedures and decisions in Bosnia and Herzegovina linked to the payment of alimentation, adding how parents often fail to fulfil their obligatory payment of alimentation, thus are likely to end up imprisoned. Judicial practices regarding the payment of alimentation are quite inconsistent, says Katica Artuković. In most cases, at least those parents who show up to court, often fail to fulfil their obligation, thus the legal representative of a child submits a criminal complaint about the committed criminal offence due to non-execution of a court decision which can possibly result in imprisonment.

-We had the cases where parents were sentenced to prison; however, it is necessary to pay more attention to such cases because by imprisoning the parents you prevent them from completing payments - said Artuković. Attorney of the Minister of Justice in Bosnia and Herzegovina, Nikola Sladoje, after reflecting on the alimentation processes abroad, where child’s parents reside in different countries, pointed out how it is sometimes easier to achieve alimentation request in foreign countries such as Sweden rather than in Bosnia and Herzegovina. According to Sladoje, in these cases, courts must take the same position to act in an equal manner and in equal legal matters in the given country.

-Recently we dealt with the verdict from the United Arab Emirates on the marriage divorce under the Sharia Law where the alimentation was granted. It is our responsibility to take into account the best interest of the child and recognize and accept the child support; however, everything else that is contrary to our laws and orders, cannot be recognized - said Sladoje, who also spoke about the international child abduction.

-Bosnia and Herzegovina, through the Ministry of Justice, often receives harsh protest notes concerning the conduct of the courts in respect of requests under the Convention on the Civil Aspects of International Child Abduction because they do not make their decisions in accordance with the objectives of the Convention and within the deadlines prescribed by the law.

- We are receiving many complaints because different judges react and respond differently to same or similar cases. Every other regulated country, such as Germany or Sweden would say: “Gentlemen, please make an agreement” said Sladoja.

Cases of international child abduction, which occur when a spouse, after divorce, takes a child to another country, are very common, and the deadline for returning a child is very short. In such cases, the child shall be returned to the parent from whom he/she was unlawfully detained. However, Sladoja pointed out how due to the absence of concentrated competence this might be a problem as it is hard to predict or know how the judges might react. He added how in such cases it is better to conduct a civil rather than a criminal procedure.

- For example, if a woman took a child to Slovenia and a criminal procedure was initiated against her for taking away a child, then what kind of protection would that child have if it was separated from its mother at the airport. This is intolerable – said Sladoje, adding how a criminal proceeding may be initiated against a mother later, instead of having the police taking her away or arresting her in front of her five or seven-year-old child. Sladoje believes how the biggest problem is not that some refuse to act in accordance to the law but is rather reflected in the lack of information about the existence of an “international agreements” that can be directly applied. If the goals of the guidelines for assessing and determining the best interests of the child were to be achieved and become mandatory, resolving such and similar problems would become much easier, he concluded. 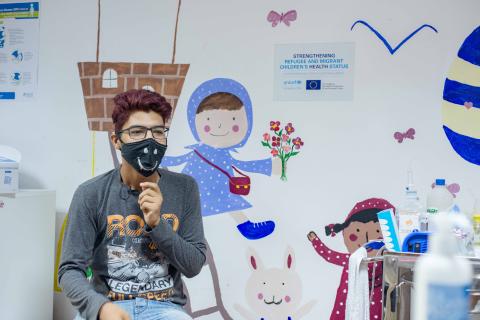 Pediatric clinics in Borići and Sedra - oases of health 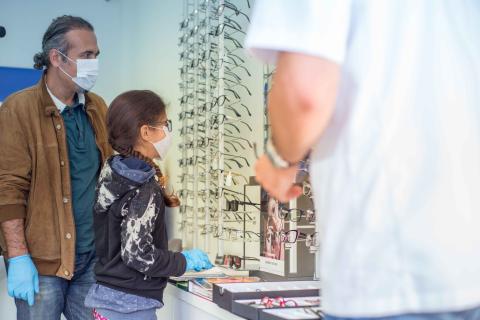 “I will wear these glasses all the time" 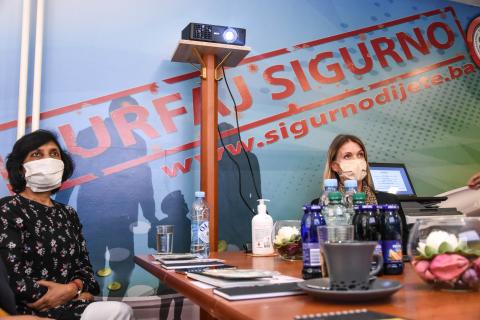 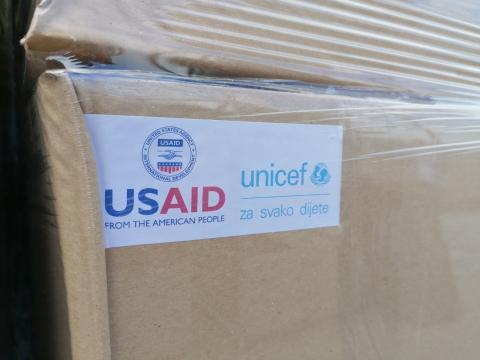