Angela* is a 21-year-old girl, a student, who turned to the Blue-Phone Counselling Line for support because of mental health problems. At the beginning of the conversation, she said that for the last year, since the Covid-19 pandemic began, she has been spending most of her time alone. She stated that in the beginning, her symptoms were milder, but that lately her condition has been much worse and she felt very bad: "I have been sad, listless for a long time, sometimes I cry so much that I start vomiting, and sometimes I don't have the strength for a single tear, although I would like to cry. I am lethargic, there is no longer anything that would make me happy.", Angela said.

She described that every night, before going to bed, she feels pressure in her chest, body tremors, heart palpitations, and how she had thoughts that something terrible and bad will happen the next day. Given the pandemic, she spent a lot of time at home, thinking about various things that didn’t happen and that she believes will happen. In a conversation with Blue Phone counsellors, she stated: "Before the pandemic, there were periods when I had similar thoughts, but I always managed to deal with them through various activities. However, now I spend a lot more time alone, spend less time with friends, there are no opportunities for activities that give me pleasure, which makes everything even more difficult."

Angela called the Blue Phone because she needed help and support and because she didn't know how to deal with the whole situation and how to stop thinking too much: "I want to get rid of this weight that I feel on my chest and that has been holding me back for so many days that I end up on infusions because I can neither eat nor get out of bed. I want to love myself unconditionally, to build myself as one strong person, full of understanding, ambition and love, all the opposite of what I actually am: listless, cold, insolent…", she said.

Through counselling, the Blue Phone counsellor managed to normalise her feelings and, together with her, devised a plan of action. The first step was to talk to the girl about various techniques that can help her in situations where there is an intense feeling of anxiety and excessive thinking. Through conversation, the girl learned to use two grounding techniques: the breathing technique and the five senses technique, which helped her return consciousness and body to the present moment. In that way, she managed to calm down and become more focused on what is happening around her, and not on her thoughts. Also, during the conversation, the girl expressed her desire to structure her day, so together with the Blue Phone counsellor, she made a plan of activities that she could dedicate herself to in the coming period. Since during the conversation the girl stated that she was thinking of turning to a psychotherapist for help, but that she was not financially able to do so now, she was given information about free counselling for students she could turn to.

Correspondence with Angela lasted over two hours, and as a result, the girl learned the grounding techniques, made a plan of activities with which to fill her day, and was informed about other services that can support her. An agreement was also made to call again, if necessary. The results of this process can best be understood in a message in which Angela thanks the Blue Phone counsellor for her support, saying: "In the beginning, I experienced the whole situation as an intricate tangle. There was so much of it, and I didn’t know where to start. Now I feel as if things have become clearer and as if they are coming into place. It is easier for me to perceive the situation and see things objectively. I got the energy to take a step forward and I'm going to use it now."

After a few days, Angela wrote to the Blue Phone again, but this time to say she was feeling much better, although she still feels anxious at times, but then remembers talking to a Blue Phone counsellor and the techniques she learned. In the end, she wrote: “I don't think I would have succeeded without you. I think that you were the right thing at the right moment that prompted me to fight. Thank you".

"I think that the Blue Phone is an important service for young people in BiH. The pandemic has made the functioning of the majority of the population very difficult, and the support that the system can provide is necessary in order to prevent greater negative effects on the mental health of the population. In this case, we can see how well trained staff can provide adequate support by phone and correspondence to help callers improve their quality of life.”, said Maja Kovačević, one of the Blue Phone counsellors.

The Blue Phone services of free online and telephone counselling are being implemented by the NGO “Nova Generacija”, UNICEF BiH implementing partner, thanks to support of the Program for Mitigating the Effects of the COVID-19 Pandemic on the Lives of Children and Families in the Western Balkans and Turkey, which is a part of the European Union’s assistance package for Western Balkans in response to COVID-19

“COVID-19 has brought to the forefront the mental health challenges facing children, young people and adults. Through supporting and strengthening critical services like the Blue Phone, we can reach those who need support through a phone call or online support during COVID-19 and beyond. Supporting the well-being of children and families is critical, as this serves as a foundation that allows children and young people to learn, grow and create their future.”, concludes Catherine Bauman, Head of the Child Protection Section in UNICEF BiH.

*The name has been changed for the protection of privacy 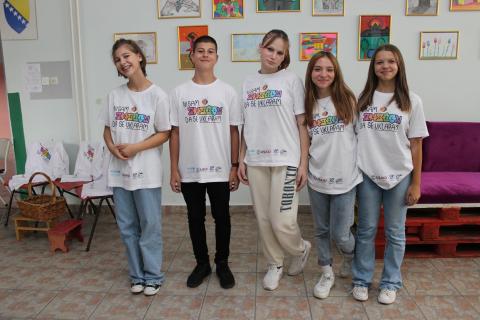 “We want to get noticed for our abilities and qualities”

Through Upshift, young people are changing their environment for the better 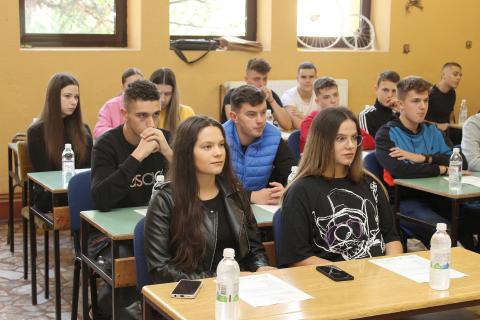 The youth of Novi Travnik attended lecture on COVID-19

"The Internet is extensive, and we can come across false information there 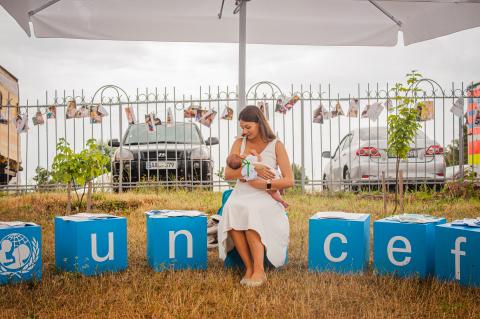 Breastfeeding is optimal for children’s growth 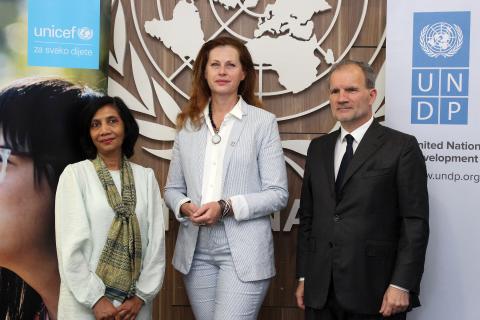