Child Poverty and Deprivation in Bosnia and Herzegovina

This study provides the first estimates of national multidimensional child deprivation rates in Bosnia and Herzegovina using the National Multiple Overlapping Deprivation Analysis (MODA) pioneered by UNICEF. A participatory national process led to the selection of two age groups and a set of deprivation dimensions for each group. The analysis uses data from the Multiple Indicator Cluster Survey (MICS) 2011-2012 for children aged 0 to 4 and the Expanded Household Budget Survey (EHBS) 2011 for children aged 5 to 15. The dimensions analysed for children under five are: Nutrition, Health, Child Development, Violent Discipline, Information Access, and Housing, while for older children seven dimensions were used: Nutrition, Clothing, Educational Resources, Leisure, Social Participation, Information Access and Housing. This study shows that almost all children aged 0 to 4 (98.1%) are deprived in at least one dimension, and a third (33.2%) are deprived in four or more dimensions at a time. Almost three out of four children aged 5 to 15 (73.8%) are deprived in at least one dimension, while fewer than one in four (22.8%) are deprived in three or more dimensions. Poor children are more likely to be deprived in any of the dimensions studied and in any number of dimensions simultaneously. However, the degree of overlap between deprivation and poverty is moderate, with only 13.8% of 5-15-year-olds both poor and deprived in at least three out of seven dimensions studied. Some deprivations show a higher degree of sensitivity to household consumption (e.g. clothing and nutrition), while others are not as readily amenable to increasing household expenditure (e.g. information and housing). Therefore, policies aimed at reducing child poverty and deprivation need to improve both the spending power of households and the availability of services/infrastructure in local areas. 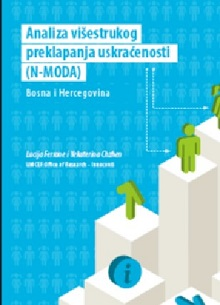 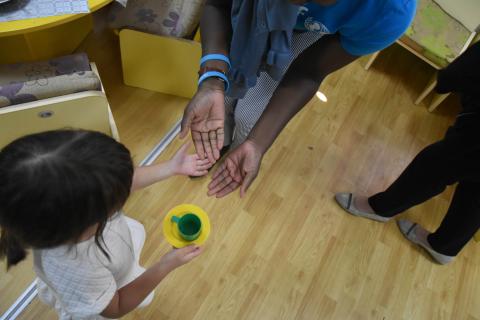 Poverty still burning issue for children in Bosnia and Herzegovina