With rural folks, women in particular, adapting slowly to availing health care services, it is heartening to see the efforts of Health Assistants who serve and sensitize the people of their communities on the dangers of unattended childbirth.

Twenty-nine-year-old Sangay, a resident of Mendelgang village of 35 households in Tsirang, has been married for 10 years and has given birth to two children, the youngest being a one-and-half-year-old girl.

Like most women in her village, Sangay Lhamo has a routine life. She wakes up at dawn, feeds her child, prepares breakfast for her husband and her 10-year-old son, milks the cows, cleans the house and then gets back into her small kitchen to prepare lunch. And, although, she and her family are aware of pre and postnatal health care and the importance of delivering at a health center, she delivered both her children at home, unassisted.

“Even though I am uneducated, I understand the importance of going to the Basic Health Unit (BHU) for antenatal and postnatal visits,” she says.

Sangay had intended to deliver her baby girl in the BHU (a two-hour walk from her home) but she went into labour unexpectedly, before the date her baby was due.

It was almost midnight when Sangay went into labour. With no manpower to transport her to the BHU, she delivered her baby in her tiny bedroom at 1AM with the help of her husband’s sister.

Three hours later, after the baby was born, staff from the BHU reached Sangay’s home.

“We received a call at about 1AM, but because of the difficult terrain and the incessant rains, we could get to her only after three hours,” explains Sonam Wangdi, the Health Assistant (HA) for Mendelgang BHU. “When we got there, we were greeted by a healthy baby and an exhausted but happy mother.”

Sonam Wangdi is an experienced HA and has been working in his field for over 15 years. As a member of the strong health force in rural areas led by the health ministry and supported by UNICEF, he is well trained in all aspects of maternal and child health care which includes care during pregnancy, post birth and immunization of mothers and children against vaccine preventable diseases.

He explains that most expecting mothers in his area deliver at the BHU or at the General Hospital in Damphu. But, sometimes, there are cases like Sangay’s, where, the child is delivered at home.

“We keep records of all expecting mothers and provide them with regular check-ups and antenatal care, even in areas where access is difficult,” says Sonam Wangdi. “And we always encourage them to come to the BHU when it is time for them to deliver, and most women do.”

The pilot project to expand antenatal and postnatal care to regions that are difficult to access began in the three districts of Samtse in the south, Chukha in the west and Trashigang in the East in 2013 with funding support from UNICEF. One year later, in 2014, the project had gone nationwide. This helped in drastically decreasing the mortality of newborns and mothers. According to the National Health Survey, the infant mortality rate has today been reduced by two-thirds to 30 per 1,000 live births from 90 per 1,000 live births in 1990.

“Not all homes are easy to get to. But, most people come to the Out-Reach Clinics (ORCs) in our area once a month,” says HA Sonam Wangdi. “And because of our constant advocacy during these visits, expecting mothers are aware of the risks involving child birth.” Because Bhutan has its rural agrarian population living in villages scattered all over the country, there are distant and far flung hamlets that are less accessible to modern day health facilities. But, Health Assistants ensure they visit even those settings and people who are extremely cut off.

With UNICEF supported community mobilization activities, rural women are also now able to relate their regular check-ups to their health in general and pregnancy and safe childbirth in particular. And that it itself is a positive behavioral change resulting in increasing demands for health services even in the most far-flung regions. 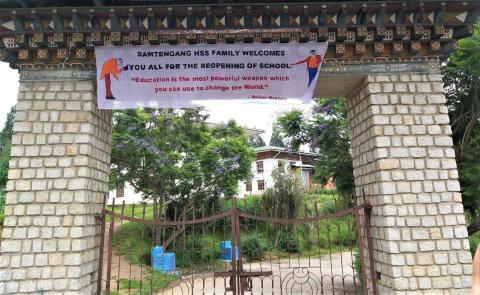 How Samtengang Central School in Wangdue is securing the safety of every student. 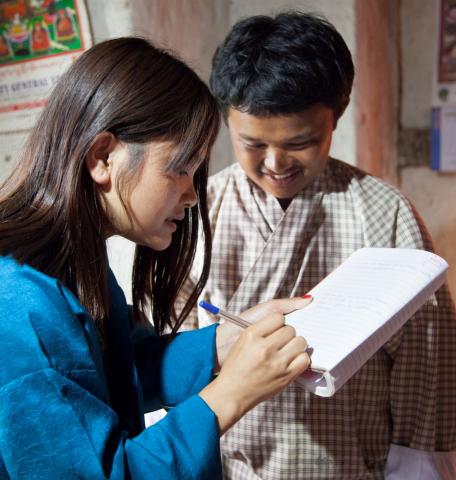 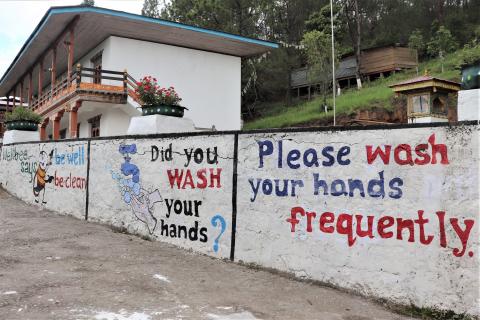 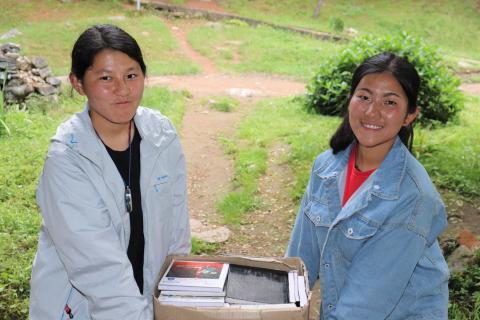 Class X and XII students returned to school on July 1.