By Najia Ahmadi and Nicole Foster

MAZAR-e-SHARIF, Afghanistan, 14 February 2017 — Qabela, 32, has been a Community Health Worker for 13 years. She has had an immense impact on the lives of the people in her community next to the northern city of Sheberghan, but for three year-old Assadullah, she has done much more than that: she helped to save his life.

“My son was losing weight and strength rapidly every day and I did not know what to do” says Haji Gul, Assadullah’s mother.

She knew that Qabela had been hosting gatherings about health education for many years and decided to attend special sessions focusing on nutrition.

The health worker quickly identified the symptoms of malnutrition in Assadullah and took on his case with singular attention.

“I attended a [class] led by Qabela and I learned so much I didn’t know before about different food items and feeding practices,” says Haji Gul.

“We are not in a good financial situation but I learned how to cook the best food possible for my children using the staples we have available at home,” she says. “I simply mix some vegetables, grains and sometimes meat, if we can get it, to make soup for them.”

The chronic nutritional deficiency in children in Afghanistan is largely the result of poor feeding practices. For example, only half of Afghan babies are exclusively breastfed during the first six months.

Inadequate dietary diversity and insufficient amounts of food coupled with poor hygiene are also a major cause of death for older children: only 12 per cent of Afghan children aged 6–24 months receive the right variety of food in the quantity needed for their age.

A passion for health care

“I love being a Community Health Worker simply because I enjoy helping people and children,” says Qabela who has five children of her own.

Qabela organizes special information sessions during which she provides a range of basic advice and guidance about health, nutrition, and hygiene practices. She also refers severely malnourished children to the local health centre where they can receive specialized medical treatment, including therapeutic milk and Ready-to-Use Therapeutic Foods (RUTF).

But her specialty is nutrition: she ‘coaches’ mothers on how to prepare the best types of food with ingredients that are locally available and demonstrates key feeding practices to ensure their children’s optimum growth and development.

Mothers also learn about the importance of breastfeeding within the first hours after child birth, exclusive breastfeeding for six months, and how they should continue to do it for up to two years.

The sessions also cover other vital areas of women’s maternal and reproductive health, including the importance of spacing births to avoid the associated health risks for mother and child.

She has already made a major contribution to reducing the high levels of malnutrition among children in her village and is forging ahead.

“I want to eradicate malnutrition from our village,” she says. 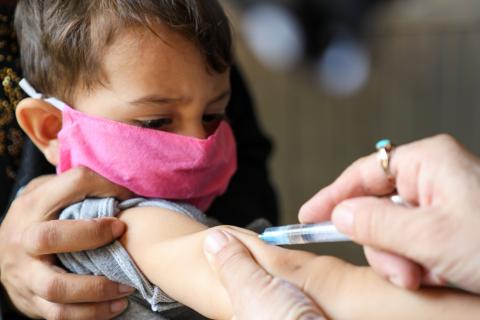 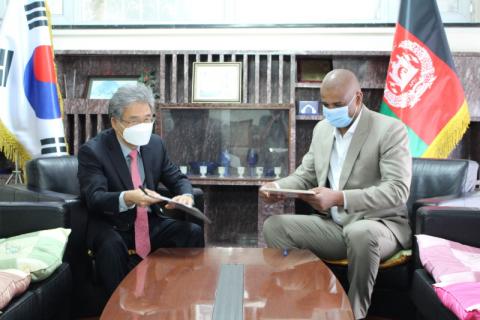