“There were strong typhoons before that caused so much damage in nearby provinces but not in ours. We went to the evacuation center thinking the same thing would happen.”

Lilibeth Tampadong, a 41-year-old housewife, is talking about Typhoon Odette (international name: Rai), which hit the province of Dinagat Islands on December 16, 2021, resulting in the death of 25 persons and injuries to more than 300 persons.

“It’s the worst typhoon that has ever hit us,” says Lilibeth, who lives in the central village of Cagdianao town. Her husband, 49-year-old Remedios Tampadong Jr., is one of the people who were injured.

“It’s the worst typhoon that has ever hit us."

The Tampadong family took shelter during the typhoon in the town’s evacuation center, along with more than 80 families.

Even if they were inside a building, the evacuees still got wet due to the force of the wind. “The glass of one door was broken, so the rain came in,” says 9 year-old Racel Jane. “The water also came in through the windows.”

Typhoon Odette battered Dinagat Islands from 1 PM to 6:30 PM. The winds had a speed of more than 200 kilometers per hour. “Children cried in fear,” says Lilibeth.

“Our mother hugged us when I cried with my younger brother,” says Racel Jane. “We also covered ourselves with a mat so that we wouldn’t be hit by shards of glass.”

A coconut tree fell on the house of the Tampadong family. Remedios, in an effort to save the engine of the boat he uses to catch squid, was standing inside when it happened. “A beam under the roof hit me on the head, and I fell to my knees,” he says.

Remedios was not able to hear the falling tree and take cover because he was deaf in one ear. After the accident, his other ear also became hard of hearing. A lump about the size of a fist formed on his head. It is gone now, but his neck and shoulders still hurt. No doctor has seen Remedios.

The pump engine lies in a corner of the evacuation center, safe from damage, but Remedios doesn’t know when he could use it again.

Racel Jane understands why her family cannot go home yet. “Father can’t work yet,” she says. “No one will fix our house.” Her older siblings, 19-year-old Renelyn and 11-year-old Rayjan, are not capable of doing the job. Their relatives and neighbors are also busy rebuilding their own houses. 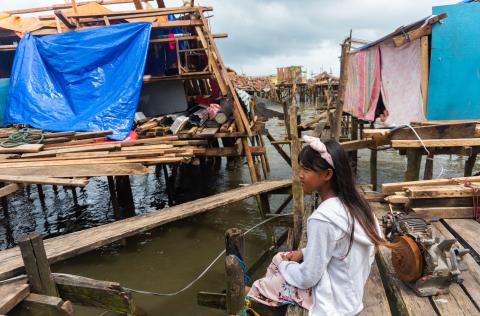 Without access to education, Badjao children will be left further behind 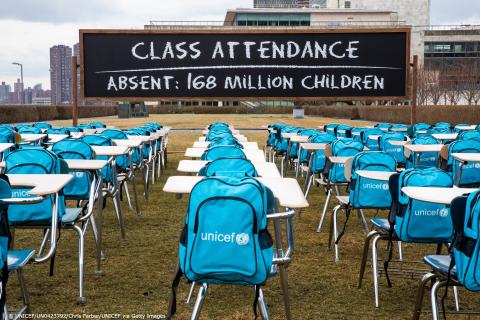 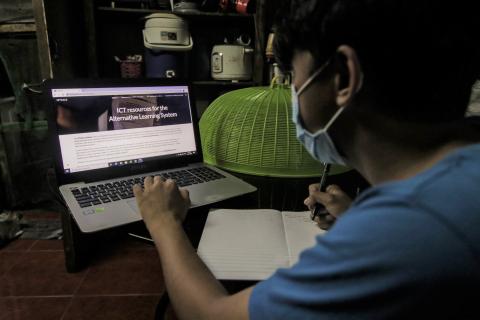 Enabling youth to complete their education amid COVID-19

A case study on education in emergencies in the Philippines