MANILA, Philippines, 19 September 2019 – The Philippine Department of Health (DOH) today announced an outbreak of polio in the country. A poliovirus case was confirmed on 16 September 2019 in a 3-year-old girl from Lanao del Sur. In addition, environmental samples from sewage in Manila and waterways in Davao were confirmed to contain the virus.

“We are very concerned that polioviruses are now circulating in Manila, Davao, and Lanao del Sur,” said World Health Organization (WHO) Representative in the Philippines, Dr Rabindra Abeyasinghe. “WHO and UNICEF are working closely with the Department of Health to strengthen surveillance and swiftly respond to this outbreak. We urge all parents and caregivers of children under 5 years of age to have them vaccinated so that they are protected against polio for life.”

“It is deeply disconcerting that poliovirus has re-emerged in the Philippines after nearly two decades. The outbreak calls for urgent action to protect more children from being infected. It reminds us of the importance of increasing immunization coverage to 95% of children to stop polio virus transmission in the Philippines. Vaccination is the only and best protection against polio that mainly affects children under 5 years of age. As long as one single child remains infected, children across the country and even beyond are at risk of contracting polio,” said Oyun Dendevnorov, UNICEF Philippines Representative, “UNICEF is working with Department of Health and WHO to accelerate actions for the health and safety of children in the Philippines, especially in the affected regions.”

The Global Polio Eradication Initiative (GPEI) is supporting the Philippine Government’s response, providing technical advice, on-the-ground monitoring and risk communication. The GPEI is a public-private partnership led by national governments with five partners – WHO, Rotary International, the US Centers for Disease Control and Prevention (CDC), UNICEF, and the Bill & Melinda Gates Foundation. Its goal is to eradicate polio worldwide.

Local government action and advice to parents and caregivers

WHO and UNICEF urge local governments to ensure that vaccination campaigns are planned and implemented effectively. Every community leader, religious leader and celebrity must mobilize their communities to participate in immunization activities.

Parents and caregivers are advised that the best protection for their children is vaccination. It takes multiple doses of polio vaccine to achieve full immunity against polio.

WHO and UNICEF also remind families to wash their hands regularly with soap and water, use a toilet, consume food that is fully cooked, and drink safe water. If the safety of your water is in doubt, boil it, ensuring it is bubbling vigorously for at least one minute before allowing it to cool.

The oral polio vaccine (OPV) is a safe and effective vaccine that has saved millions of lives over the years. More than 18 million people are able to walk today who would otherwise have been paralyzed, and 1.5 million childhood deaths have been averted thanks to the polio vaccine. Since the introduction of the polio vaccine in 1988, cases have decreased by over 99%.

OPV contains an attenuated (weakened) form of the virus, activating an immune response in the body. When a child is immunized with OPV, the weakened virus replicates in the intestine for a limited period, thereby developing immunity by building up antibodies. During this time, the virus is also excreted in their faeces. In areas where there is inadequate sanitation and hygiene, the excreted weakened virus can spread in the immediate community before eventually dying out.

If a population is not sufficiently immunized, the weakened virus can continue to circulate. The longer it is allowed to survive, the more changes it undergoes. In rare instances, the virus can change to a vaccine-derived poliovirus (VDPV), a form that has regained the ability to cause paralysis.

The polio outbreak in the Philippines is confirmed to be from a circulating vaccine-derived poliovirus type 2. This is of particular concern, as wild poliovirus type 2 was certified as globally eradicated in 2015. Poorly conducted immunization activities, when too few children have received the required three doses of polio vaccine, leave them susceptible to poliovirus, either from vaccine-derived or wild polioviruses. Full immunization protects them from both forms of the virus.

The last known case of wild poliovirus recorded in the Philippines was in 1993. The country was declared wild polio-free in 2000 along with the rest of WHO’s Western Pacific Region.

Vaccination coverage in the Philippines has been steadily declining over the past few years. To stop the spread of polio in the Philippines, at least 95% of children under 5 years of age need to be vaccinated.

WHO’s goal is to build a better, healthier future for people all over the world. Working through offices in more than 150 countries, WHO staff work side by side with governments and other partners to ensure the highest attainable level of health for all people. For more information about WHO and its work in the Philippines visit www.who.int/philippines. Follow WHO Philippines on Twitter and Facebook. 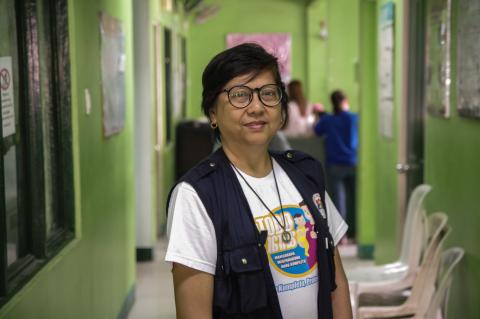 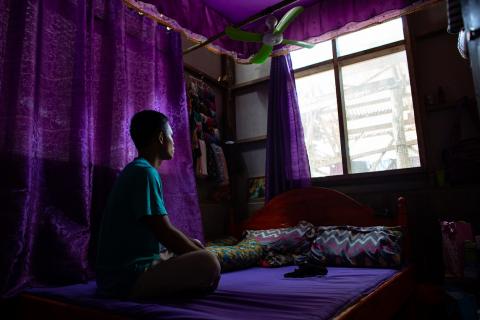