Integrated Nutrition and Health Actions in the First 1,000 Days of Life Program to benefit 40,000 children under-5 and 57,000 pregnant/lactating women in Samar, Northern Samar and Zamboanga del Norte 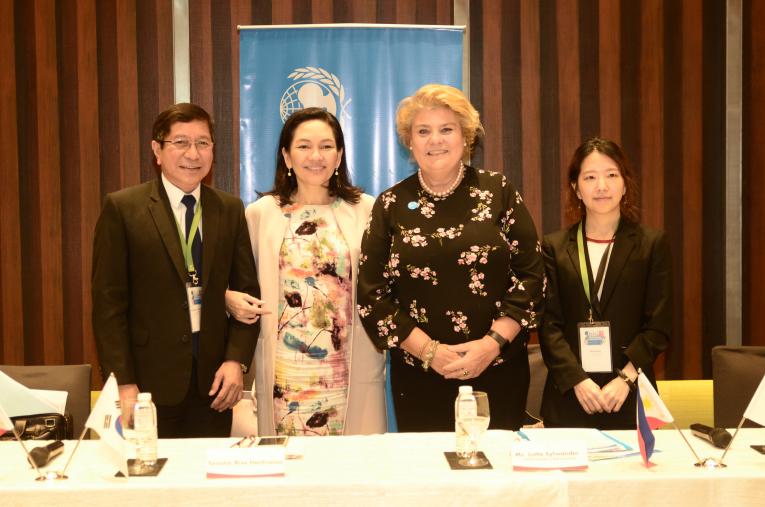 “The Korean Government fully supports the Philippine government in its goal of addressing malnutrition and achieving universal healthcare. By giving assistance to this project, the most vulnerable – mothers and children ages 0-5 years old will be ensured access to vital health and nutrition services which will help them develop fully later in life,” says Ambassador HAN Dong-Man, Korean envoy to the Philippines.

The support from KOICA amounts to US$6 million and targets 19 local government units in three provinces, namely Samar and Northern Samar in Region VIII and Zamboanga Del Norte in Region IX. Expected reach through the initiative will be 12,000 infants 0-5 months old and 36,000 6-23 months old – including children from poor families and children from geographically isolated and disadvantaged areas, 57,000 pregnant and lactating women. It also aims to improve the LGU’s policy, governance frameworks and service delivery systems and enhance the capacity of 1,370 nutrition and health personnel.

“We thank the Korean government for supporting the Filipino child’s right to survive and thrive. Supporting interventions at the local level is important to reach every vulnerable mother and child especially those who do not have access to essential services,” UNICEF Philippines Representative Lotta Sylwander says.

Technical support at the national level expects to reach an estimated 14 million children under five years of age including acutely malnourished children, premature newborns and an estimated 3.5 million pregnant women and 3 million lactating women in 17 regions across the country.

Under-nutrition in the Philippines remains a serious problem. The damage to health, physical growth and brain development of children affected by chronic under-nutrition—stunting in the first two years—is often irreversible, impairing children for life and leaving them with lower chances of finishing school and becoming highly-productive adults. Stunting, iron and iodine deficiencies impact learning abilities and intelligence of children. Studies show that populations affected by iodine deficiency have 10 - 15 IQ points less than those not affected.

A joint research by UNICEF Philippines and the National Nutrition Council (NNC) revealed that every $1 (P53) invested in interventions to combat child malnutrition and accompanying problems can save around $12 (P639) in foregone earnings or health expenditures – equivalent to a 12:1 benefit-cost ratio.

The Kalusugan and Nutrisyon ng Mag-Nanay Act, more commonly known as First 1000 Days Law, was approved by the end of 2018 and heralds the beginning of more concerted efforts by the national and local government, donors, and civil society. 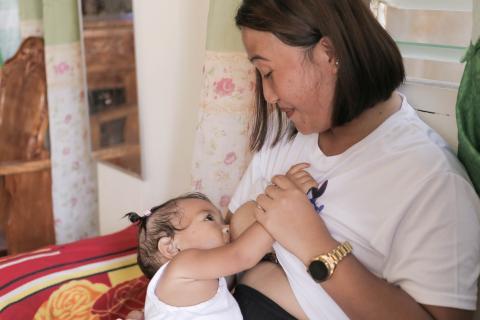 Breastfeeding saves a mother and child after Typhoon Odette

"Even though everyone was getting sick, my baby never got severely ill." 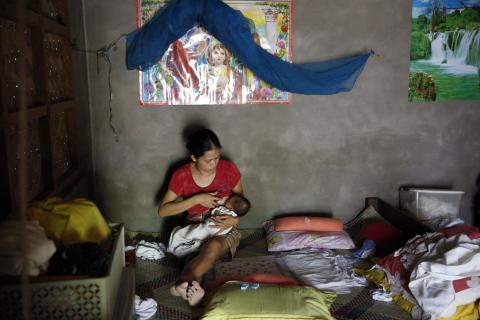 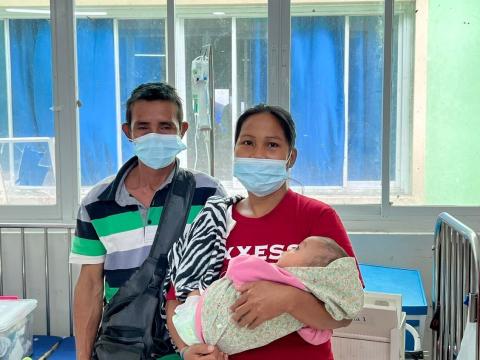 A Child Recovers from Severe Malnutrition 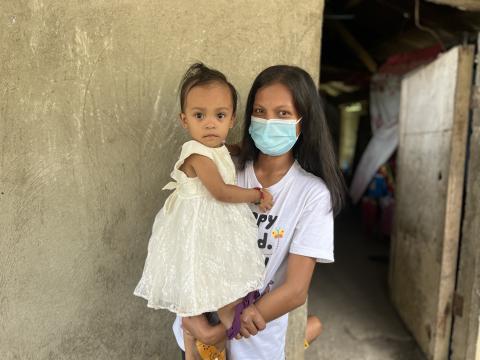