A worrying upward trend of cholera cases in Niger

UNICEF closely works with the Government and its partners to step up the response and prevent further proliferation in the country.

MARADI (Niger), 20th August 2021 - Halima, 35 and her five-year-old son, Ibrahim, arrived two days ago at the UNICEF-supported temporary centre in the urban commune of Maradi, in central Niger. Her son Ibrahim, lying down under the tent, slowly begins to recover.

"At home, he started vomiting, then few hours later, he had diarrhea. He weakened very quickly. That’s why we ran to the health center, which directed us here in this temporary center," said Halima.

"When they arrived here, the child was dehydrated," said Dr. Moussa, head of the center. "Cholera is a bacterial infection that causes two usually minor symptoms easy to identify: vomiting and diarrhea. But it can lead to sudden death by severe dehydration, if not managed on time" he explained.

"As soon as you have the first symptoms, it is important to go straight to a health center. The disease is easily treatable, if detected early. Most infected people have been treated successfully through prompt administration of oral rehydration solution (ORS)."

Maradi is one the most affected regions, with the first cases being related to an epidemic that has been raging for several months in the neighboring regions of northern Nigeria where there is significant mixing of cross-border populations. In the "district sanitaire" of Maradi alone, a total of 252 suspected cases had been reported, with six related death.

"Cholera is extremely contagious. It is usually transmitted through fecally contaminated water, hands or food. The rainy season coupled with high rates of open defecation can create a perfect recipe for the spread of disease.  As long as people continue to defecate in the open and neglect their personal hygiene, the threat of cholera will continue to loom around us" warned Cyriaque Sobtafo, UNICEF Chief of Field Office in Maradi.

"We are ramping up our operations to contain the spread of the disease. Here in Maradi, we have set up cholera treatment centres in the most affected localities to ensure patients receive adequate care" Sobtafo said.

"We are carrying out disinfection of water storage and sources using chlorine that helps kill or reduce the bacteria. We have also provided affected households with water purification equipment and hygiene materials such as soap for hand washing, buckets and safe water containers."

"At the community level, we conduct a series of actions to promote hygiene awareness in affected communities and conduct public health campaigns to raise awareness about the measures individuals can take at the household level to prevent and treat cholera."

Across the country, UNICEF and partners closely work with the Government and its partners to step up the response and prevent further spread of the disease. UNICEF focuses its response on strengthening treatment capacities, improving access to safe and clean water and promoting good hygiene practices.

As of 16 August 2021, some 845 suspected cases of cholera and 35 related deaths, had been reported in the country according to the Niger Ministry of Health.

"Six out of the eight regions of Niger have reported cases, with a worrying upward trend over the past few days. Recent heavy rains and flash floods in some localities may exacerbate the ongoing outbreak" said Nathalie Hamoudi, UNICEF Acting Representative in Niger.

"Sweden's flexible financial support helped us react as quickly as possible. But the epidemic is spreading at a rapid pace across the country. We are calling for additional support to enable us to scale up the response." 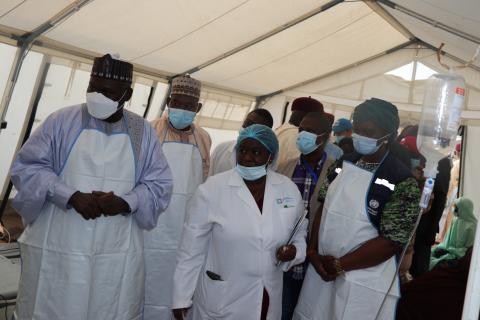 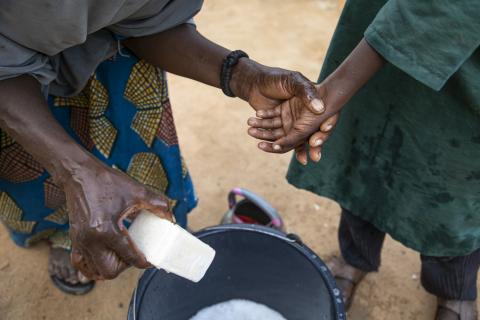 Together against a new cholera outbreak