Our song was a form of self-awareness raising on breastfeeding

Timing, as they say, is everything. UNICEF Niger approached MDM Crew, on behalf of the Stronger With Breastmilk Only initiative’s national committee, to contribute a song to the initiative when one of the group’s rappers was about to welcome the birth of his daughter. “That helped me to learn a lot about the recommended breastfeeding practices, the benefits of breastmilk and importance of exclusive breastfeeding for the baby and the mother and society in general,” said Majesty Sool, one of the two brothers that make up the popular group from Niger. “So, our song was a form of self-awareness raising on breastfeeding and it really helped me.”

Majesty Sool is hardly unique, though. A literature review on the role of men in breastfeeding recently published in 2018 associated men’s positive views on breastfeeding with women’s likelihood to initiate and maintain breastfeeding. Many men play an important role in supporting breastfeeding women, providing practical and emotional support, and advocacy. It’s not hard to see why: exclusive breastfeeding leads to healthier babies because breastmilk is the best source of nutrients; breastfeeding is also good for a mother’s health. The costs of not breastfeeding are enormous – and well understood.”

SWBO: Tell us a bit of the MDM Crew story – Who is MDM Crew? How did your group form? Where did you meet and how did you decide to become a musical act?

MDM Crew: MDM is a rap group composed of two brothers – Majesty Sool, 33, and Sir Muslim, 28. We’re based now in Niamey after having spent several years in Agadez. We’ve performed now for 10 years and our first track came out in 2006. But the group was noted between 2008 and 2010 with the release of our first album, “Child of the block.”

SWBO: What type of music do you perform?

MDM Crew: We would call our style of music as being MDM or “Posse Sound” – the sound of warriors. But in a general sense, you could call our music urban music. We’ve produced six albums and we address social themes and issues in the news – drug use, early marriage, awakening of conscience.

SWBO: Who are your fans? How would you describe them? Why do they love your music?

MDM Crew: We think our fans are the best in Niger. Our albums are always very well received and do well commercially. Also, despite all these years, we still notice the excitement around our tracks, and our albums by the fans who spare no effort to get hold of them. Considering the messages – which are of an awareness-raising nature – that we convey through our songs, we can say that our audience or our fans come from different generations – from toddlers to adults over 40.

SWBO: When UNICEF approached you about doing a song about exclusive breastfeeding, what was your reaction?

MDM Crew: When we were contacted by UNICEF, in the beginning, we thought it was a bizarre idea to sing about breastfeeding, above all because in the socio-cultural context in Niger these types of questions are a bit taboo. And the proposed messages for the song concerned some delicate aspects in terms of religion. So, it was necessary in the composition to adapt as best as possible so as not to offend sensitivities in the population. But in the end, the song was very well received.

SWBO: Why does the issue of exclusive breastfeeding matter to you?

SWBO: What is your experience with breastfeeding? Have you seen the impact of breastfeeding in your community?

MDM Crew: In my opinion, the majority of mothers in Niamey and in the big cities know exclusive breastfeeding and practice it, even if there are sometimes constraints that prevent this, in particular the return to work. However, it is especially in rural areas that the practice of giving water or other liquids or foods to infants under 6 months of age is more prevalent. As a result, it is essential that actions under the initiative go beyond the capital and target rural areas where internet and media access rates are lower, which does not make it easy for the messages to reach these populations.

SWBO: Tell me about the song you wrote – what are you saying in the song? Was it a hard song to write? Do you think it has affected how people perceive exclusive breastfeeding? How?

MDM Crew: The messages conveyed through the song relate to the effectiveness and benefits of breast milk for the baby: it is the baby’s first vaccine, it prevents diarrhea and respiratory diseases, it helps the baby to grow up strong, intelligent and in good health, it promotes bonds between mother and child, it contributes to the proper development of the brain and intelligence. We also emphasized the water composition (over 80%) of breast milk. There is already enough water in breast milk, it is not necessary to give more to the baby during the first six months of life. As mentioned above, it was a bit difficult at the beginning to compose this song about breastfeeding, given the socio-cultural context in Niger where these questions are a bit taboo. However, we did find the right words in the end and the song was very well received.

All the information needed to be disseminated was provided by the national committee. The song was so easy to remember that we saw several fans humming it easily and repeatedly. That indicates that the message has passed and people have memorized it. Nonetheless, I think that we would have a greater impact if the song was distributed more widely and that it reached the ears of rural populations.

MDM Crew: We have a fan group on Facebook and in four WhatsApp groups. All our new releases are shared in these groups. Regarding the exclusive breastfeeding song, fans have asked to share it in MP3 format so that they can easily listen to it on their phones. As for the actual appreciation and practice of breastfeeding by fans, that is difficult to know.

SWBO: What is next for MDM Crew? Are you going to play some shows soon, perhaps after the COVID-19 pandemic has passed?

MDM Crew: No visibility for the moment. National measures in the fight against the COVID-19 pandemic prohibit gatherings and performances of any kind.

In Niger, UNICEF's efforts to prevent child malnutrition and promote young and child feeding practices are financially supported by the Government of Luxembourg 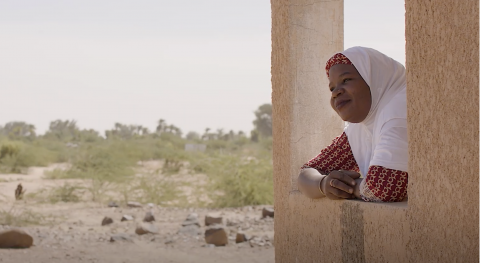 Without the right care, becoming a mother can be difficult. 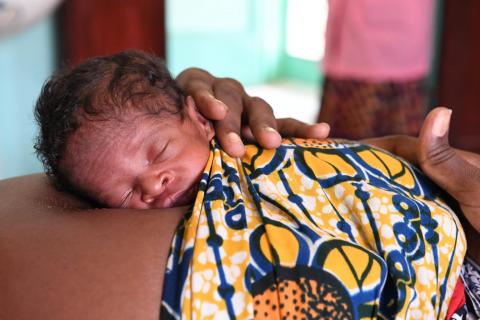 Welcome to the world

A short video sequence of a baby born in Niger went viral on Instagram, reaching in a few days half a million views. 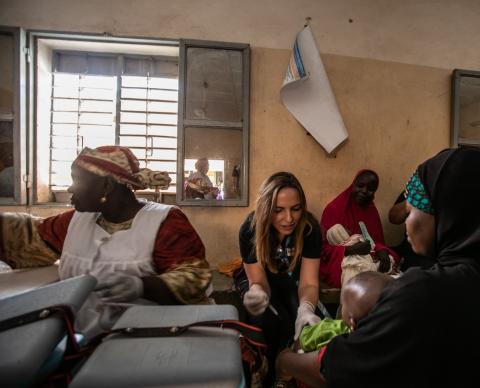 Today from Niger I ask for your help

Today I call you to action. Every day, 7000 babies are left without a chance to live. Together we can avoid it.