2.9 million people, including 1.6 million children, affected by one or more of humanitarian crises in Niger, in 2020

Greater attention and mobilization for children and their families needed – UNICEF 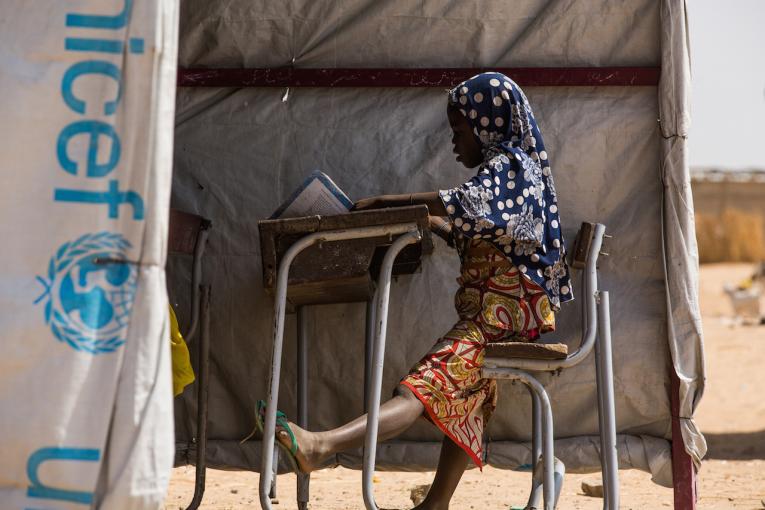 DIFFA (Niger), 19th February 2020 – Nearly 3 million people, more than half children in Niger are in need of humanitarian assistance, amid the risks posed by insecurity, malnutrition, recurrent disease epidemics and outbreaks, cyclical floods, droughts and displacement. UNICEF calls today for increased attention to the plight of children and their families.

Niger continues to face simultaneous emergencies that are stretching the capacities of humanitarian partners to respond adequately. The situation is exacerbated by instability in the region, including in neighboring countries, resulting in an influx of thousands of refugees, returnees, internally displaced persons and migrants, all needing access to basic social services and protection for survival.

"In a context of constrained resources and limited social services, the communities that host displaced populations are showing extraordinary resilience and sharing the little they have. This truly is a great example that Nigeriens are showing to world," said Dr. Félicité Tchibindat, UNICEF Representative, following a visit in the conflict-affected region of Diffa, alongside national and international partners and friends of Niger.

"As more attention is now paid to the resurgence of armed violence in the central Sahel, it is equally important to pay the same attention to its impact on children and their families," she stated.

Insecurity increases the already significant chronic challenges facing children in Niger. Attacks against civilians in the Lake Chad region prevented 263,000 people in Diffa from returning to their homes. Growing insecurity along the borders with Burkina Faso and Mali has exacerbated needs in Tillabéri and Tahoua regions, where nearly 78,000 people have been displaced. Deteriorating security on the border with Nigeria has also resulted in the movement of tens of thousands of people who have sought refuge in border villages of the Maradi region, in central Niger.

"Insecurity is spreading at a rapid pace in the central Sahel region. Women and children are bearing the brunt of the violence. In already fragile host communities, the burden of forced displacement increases the vulnerability of children and communities and significantly affects their health, protection, nutrition and education" said Dr. Tchibindat.

The sharp increase in insecurity, violence and military operations has also hampered humanitarian actors' access to populations affected by conflict.

"Reaching those in need is increasingly challenging. UNICEF calls on all stakeholders to respect humanitarian spaces allowing safe and sustainable access to deliver humanitarian assistance to affected populations, including women and children, wherever they are” she said.

UNICEF took this opportunity to appeal for solidarity to help the Government of Niger and its partners meet the urgent needs of the affected populations and provide vital assistance to improve their living conditions in the affected areas.

“As the situation worsens, attention has been oriented to the security dimensions. Cutbacks on investment for social services have a direct impact on access to basic services including education, health, nutrition and water and sanitation, which form the basis of people’s resilience. National and international partners are called upon to protect and further promote social investments that transform children's lives" said Dr. Tchibindat.

In Niger, UNICEF is working on several priority fronts to respond to the immediate needs of people affected by emergencies and conflicts. UNICEF works with national actors and humanitarian partners to respond to acute emergencies such as new population movements, and to increase national capacities to mitigate risks and respond to cyclical and chronic emergencies, including flooding, malnutrition, disease outbreaks and epidemics. In Niger, UNICEF and its partners will need US $ 59.4 million to deliver vital humanitarian aid to children in 2020.

Find out more about the humanitarian situation in Niger: HAC Country Brief 2020 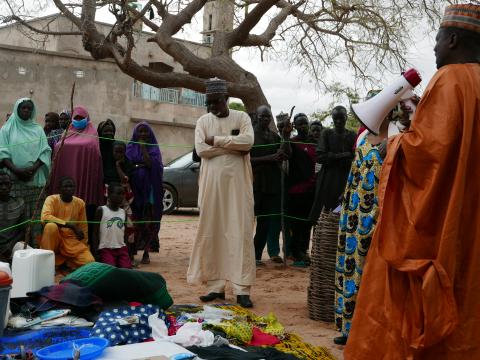 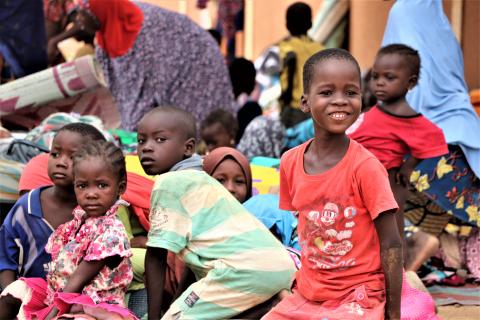 More than 2.1 million children caught up in a humanitarian crisis in Niger 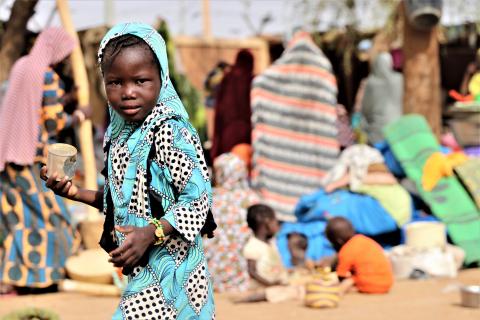 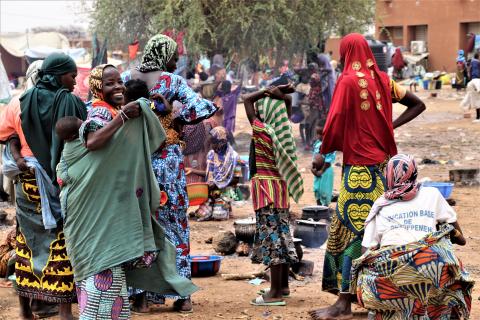 We had no choice. Either we flee or we die

Fatimata, 35, is among the 10,000+ people who fled their homes in western Niger following a threat of attacks by unidentified groups