A message from children affected by the six-year conflict

BEIRUT/AMMAN, 15 March 2017 – UNICEF and Zade Dirani, Regional Ambassador for the Middle East and North Africa, unveiled today “Heartbeat” a song for Syria that carries a message of hope from Syria’s children to the world. Children in the song, produced to mark the six-year-long war in Syria, send a simple request to the world to get their childhood back.

Composed and donated to UNICEF by Dirani, the song is performed by 10 year-old Ansam, an internally displaced girl in Syria who was born blind. The video clip of the song was filmed in an area heavily damaged by the fighting in Syria and features other displaced children painting the rubble around them in bright colours.

The 22 girls and 18 boys live in a UNICEF-supported shelter for displaced families in Syria. At the shelter, UNICEF and partners provide children with psychosocial support, including through theatre, art, music and drawing.

“Music has the amazing power to bring people together and keep hope alive,” said Dirani. “We must hear the children’s plea on behalf of millions more like them who have lost so much. All they’re asking for is to have their childhood back, and an end to a war that is not of their making so that they can live in peace.”

The lead singer, Ansam, is one of 3 million internally displaced children in Syria who were forced out of their homes due to the fighting. Across Syria, UNICEF works with children to provide them with psychosocial support, restore a sense of normalcy and reconnect them with their childhood.

“A few days ago, I had the privilege of meeting Ansam who is truly an amazing girl. Her voice may not be able to build back the ruins, but we hope that with Ansam, this song will bring people together in Syria and around the world,” said Geert Cappeleare, UNICEF Regional Director. “The song inspires us to never give up hope and to trust that there is a brighter future for Syria – one where every girl and boy can simply be a child again.” 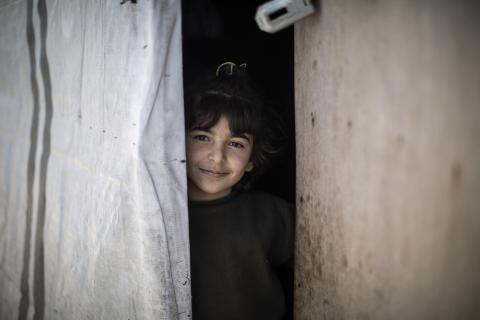 Lebanon: Escalating crisis puts children at risk as the majority of families cannot afford to meet the basic needs of their childre 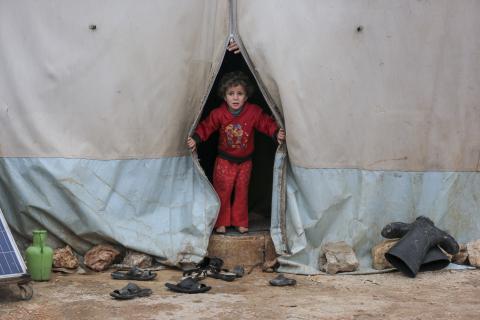