Poll results first appeared in the Daily Nation on August 4, 2022.

Ahead of the Kenya General Election on 9 August 2022, young people have shared their views and called for stronger action on five priority issues for children. Over 42,000 people – 86% of them aged between 15 and 30 – responded to the Yunitok opinion polls, which uses SMS text messaging to reach a wide audience. The polls ran from June to July 2022, and covered: enhancing education, primary health care, social protection, ending violence against children, and climate change.

On enhancing education, 93% of respondents to the Yunitok poll believed that the Internet was ‘very’ or ‘somewhat’ important for doing well at school. Almost 40% of respondents believed that connecting schools to the Internet was the most urgent thing to address, with another 33% calling for teacher training to be prioritised. However, Internet connection in schools remains a challenge. Less than half (40%) of parents polls confirmed that their children had access to Internet at school. Respondents also lacked confidence in their online skills, with less than a quarter of children and young people (24%) considering their ability to use the Internet to be ‘excellent’. Overall, girls were less confident than boys. Internet connection in schools is seen by UNICEF as an important way to give children the digital skills they need for the future workplace.

On primary health care, the highest percentage of respondents (45%) correctly realised that the majority of children’s health needs (90%) can be delivered locally. Almost 60% of people surveyed confirmed that they had a health centre, hospital or dispensary close to where they live. However, many families struggle with costs. Among respondents, 86% had struggled to pay for a medical service either for themselves or a family member. The majority of people surveyed (54%) wanted to prioritise free health insurance, with another 30% calling for an increase in overall health funding. According to UNICEF, primary and community health care help prevent ill health and deliver better care for children at a lower cost, with a return on investment close to 10 to one.

On social protection, there was clear support for expanding cash transfers, with 44% of respondents citing monthly cash transfers as a ‘very effective’ way to reduce poverty, followed by 35% saying ‘somewhat effective’. Almost two thirds of young people (64%) said that food was the biggest financial burden for poor families and a similar proportion (67%) that counties were ‘very’ or ‘somewhat’ important in providing for poor families. Yet the expectations on social protection spending far outweighed the reality. Almost half (46%) of respondents thought the Government spent 10% or more of the national budget on social protection. This actually accounts for just 1.5% of national spending, below many other lower-middle income countries. In Kenya, 13 million children need such assistance but just 7.5% of these are receiving it. According to UNICEF, cash transfers are one of the most effective ways of reducing poverty.

On ending violence against children, the Yunitok poll indicates that young people have a high perception of risk, with 40% of respondents believing that 60% of children in Kenya face violence. In fact, the correct figure is 51% of children, as identified by 26% of respondents. Most young people (84%) understood that violence is an issue perpetrated in or close to home. The perception of risk was higher for girls and young women than for boys and men, a gender disparity that is also reflected in demand for services. The majority of respondents (65%) called for greater public awareness and education of parents and children on ending violence.

Climate change is one of the top issues raised by children and young people. On this subject, 24% of respondents correctly identified that Kenya ranks 49thout of 163 countries globally, in terms of the risks of climate change to children. The highest percentage, 25%, thought this was even higher at 24th out of 163. Over 78% of respondents reported that wind and solar power were being used in their communities, although only 43% used it themselves. In terms of solutions, the highest percentage (37%) called for better Government policies on climate change.

“These opinion poll results show that a majority of young people – including young voters – back calls for the next Government of Kenya to prioritise children’s issues,” UNICEF Chief of Communication, Advocacy and Partnerships Andrew Brown said. “We are pleased to see that a number of political parties have also included the same issues in their manifestos. UNICEF will be ready to support the next Government of Kenya to implement the pledges made for children, including on the early years, enhancing education, primary health care, social protection, ending violence and climate change.”

For the full opinion poll results, or to sign up to Yunitok, visit: https://yunitok.in/ 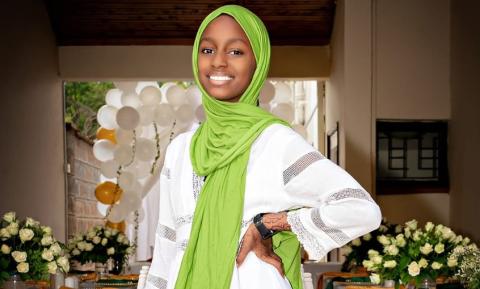 The future of education from a child's perspective 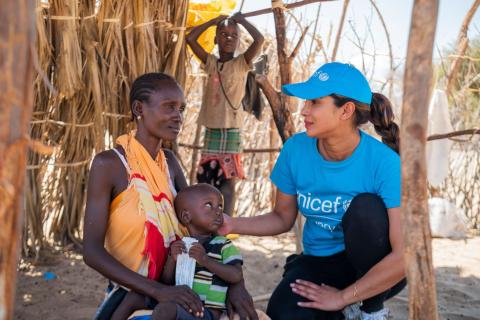 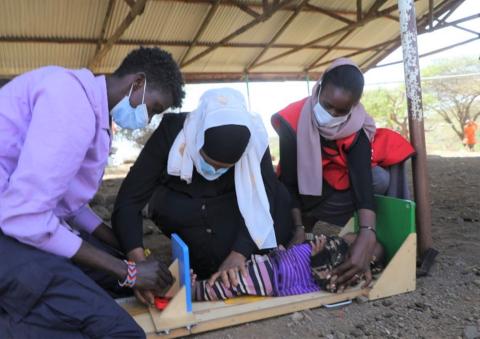 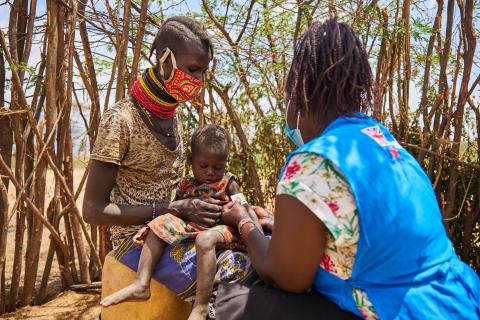 Investing in Children is Smart Economics