Child rights can unlock a bright future for Kenya’s children

Kenya was the first African country to ratify the CRC. This was a bold public declaration to protect all rights of all children.

This article first appeared in The Daily Nation on October 18, 2019.

We are approaching an important anniversary this November. Thirty years ago, world leaders made a historic commitment to the world’s children by adopting the UN Convention on the Rights of the Child (CRC) – an international agreement on nurturing and protecting childhood. This has helped transform children’s lives around the world.

Kenya was the first African country to ratify the CRC. This was a bold public declaration to protect all rights of all children. Since then, we have seen great advances in child rights in the country. Children now benefit from universal free primary education, free health services for under-fives, and improved access to national child protection services, among other gains.

Thirty years is a long time and much has changed for all of us. In 1989, I was stepping into the world of work, very aware of the opportunities I had enjoyed which allowed me to pursue my own aspirations. I was equally aware of many others who had not been able to follow their dreams.

At that time, I vividly remember the young boys and girls in my home country of Bangladesh selling wares at traffic lights to contribute to a living, carrying heavy loads on their heads as “porters” in train stations, breaking stones with a chisel and hammer in the scorching sun, fetching water and looking after young siblings. I wondered if they could go to school, what they ate, where they slept and what happened when they fell ill. I knew the world was unfair and how important it was to fight for children’s rights and wellbeing everywhere.

The rights of children are just as important now as they were 30 years ago. As long as there are children dying of preventable causes, suffering from malnutrition, not learning or not heard, we all have urgent work to do.

Today, there are new threats and new opportunities for children. More children are living beyond their fifth birthdays with improved health and development as a result. However, children born in different parts of the country have very different chances of survival. According to the Kenyan Demographic and Health Survey 2014, more than five times as many children died before their fifth birthday in one county (227 out of 1,000) than in another county (42 out of 1,000). Almost all newborn and child deaths are preventable by proven and readily available interventions. Universal Health Coverage offers a real opportunity to reach those being left behind.

In education, big strides have been made in Kenya since the launch of universal free primary education in 2003. Many children now have the opportunity to be in school. However, according to the 2014 Basic Education Statistical Booklet, 1.3 million primary school aged children were still out of school, mainly from the arid and semi-arid counties, and informal urban settlements. Reasons include hidden costs such as school uniforms and bags, child marriage and natural disasters.

Access to water and sanitation is another critical issue. According to the 2019 UNICEF and WHO report ‘Progress on household drinking water, sanitation and hygiene 2000-2017: Special focus on inequalities’, 59 percent of the Kenyan population had access to a basic drinking water service, but just 29 percent had access to a basic sanitation service. This is a major public health concern. It puts people at risk of waterborne diseases such as cholera and potentially costs the Kenyan health service millions of shillings in additional costs treating preventable diseases.

In other areas such as child protection, HIV and nutrition the picture is similar. We need to appreciate the progress and innovations to reach children with quality services. Yet these gains are not equally spread across the country, and much more remains to be done.

As part of the United Nations, UNICEF has a key role to play in both advancing the rights of children, as enshrined in the CRC, and supporting countries to achieve the Sustainable Development Goals (SDGs) through their own national development agendas. We cannot achieve the SDGs without a strong focus on the rights of the child.

If we project thirty years ahead, I wonder what a child born today will say. Did we all take this moment – the 30th anniversary of the CRC – to examine and hold ourselves accountable to the promises made in 1989? Did each one of us commit and do our best to ensure that childhood is a time of wellness, discovery, learning and safety for all Kenyan children?

As we approach the 30th anniversary of the CRC, I intend to discuss in more detail some of the areas where we can, and must, do better. Every child in each and every corner of Kenya deserves a bright and magical childhood. 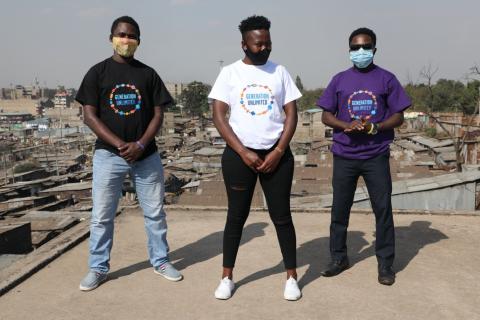 Reimagining a better future, for every child. 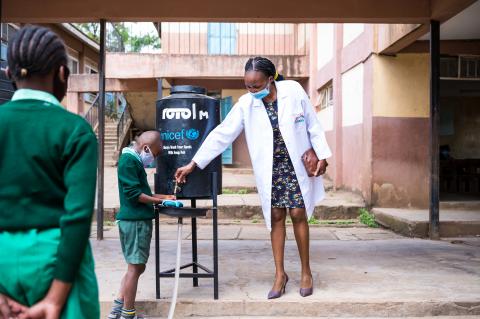 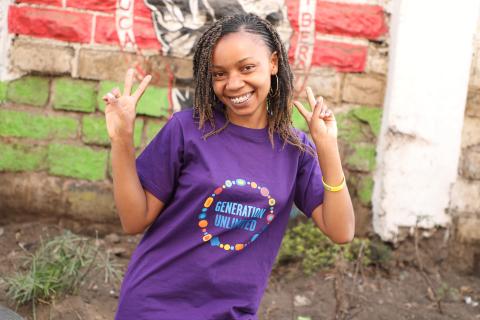 How Gen U is empowering young Kenyan problem solvers

GenU youth challenge is a competitive process which calls on young innovators to design solutions.

Reimagining a better future, for every child.

How Gen U is empowering young Kenyan problem solvers

GenU youth challenge is a competitive process which calls on young innovators to design solutions.