19 games for family bonding during COVID-19

Play together to create powerful memories and life skills

UNICEF Jamaica understands the power of play. We know how transformational it can be for families to create shared memories, facilitate learning and growth and develop life skills through play.

We hope you can make time to enjoy these family-friendly game ideas. Take advantage of your free time and prevent boredom by playing together – to make powerful memories of how your family was able to bond through play, despite the challenging circumstances.

Play music or sing a song while everyone dances. When you stop the music or song they must freeze. Those that move are out and become judges for the next rounds.

One person has a word and draws a dash to represent each letter in the word that other players must guess. Players must call out letters either correctly and incorrectly until either the word is solved, or the hangman is drawn.

Words Within a Word

Call out a word and give oneminute to see how many words players or teams of players can make from that word. You can choose to give extra points for words that are two or three syllables long etc. All words can be explained and used in a sentence to help the children build vocabulary.

Call out mathematics problems and see who finishes fastest. Give points for first one to finish etc. The winner creates the next math problem to be solved. This works best if children are in close grade levels. It can also be done using math flash cards.

One player picks a category (e.g. favourite food or favourite colour) and everyone takes turns naming something in that category until someone cannot name a new one and then that person is out.

Once Upon a Time

You begin with that statement and each player adds a line to keep building the story, until you have made a unique family story!

Never Have I Ever...

A player starts by saying, “Never have I ever... liked the colour red.” The next player guesses if the statement is true or false. Players can take turns making statements with the next player guessing. Statements can be serious or silly – the objective is for everyone to get to know each other better as family members e.g. for children to learn about their parents’ earlier lives and vice versa.

First player picks a one-syllable word and everyone else takes a turn saying a rhyming word e.g. “Cat”. The next player could say “Sat”. Then the third player could say “Mat.” Players are out once they either repeat a word or cannot think of a word in five seconds.

Show Me a Motion

In counts of 8 players make up a dance, going from one count of 8 to the next. So, the first player does a count of 8 and can include elements such as stomping and clapping. The second player then makes their addition to the dance until the entire family group repeats the sequence from beginning to end. Congratulations, your family can now name its own signature dance!

I Can Do This… You Can Do That

Players make up a movement – not a dance. This can be just a hand or foot movement sequence to which each player adds a movement – repeating the sequences as it develops.

Play a song or start to sing it and kids have to name it and dance along.

Call out a part of the body but touch a different part and see if kids follow by listening or watching.

Who can do the most toe touches, jumping jacks, windmill toe touches etc. in 1-minute time limit.

Ask a question e.g. What would you do if you won the lottery?" or "If you could have any superpower, what would it be? Why?" Let every player take a turn both asking and answering a question. Agree on whose answer was the funniest, most creative, most thoughtful etc. and clap the winner of each category.

First pick a category e.g. animals, foods, names etc. For example, if the first person says Jemar the next player must pick a name that begins with the LAST LETTER of that name, which is “R”, such as Rochelle. You can set a time limit and anyone who either exceeds that or tries to reuse a name is out. 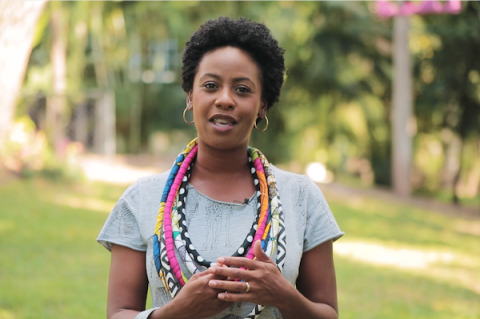 Parenting tips to protect your family from COVID-19

Moms Emprezz Golding and Terri-Karelle Reid, and dad Marlon 'Musique' Campbell have some #COVID19 #coronavirus parenting tips to help you and your family. 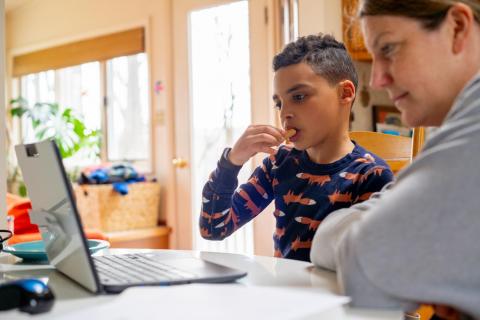 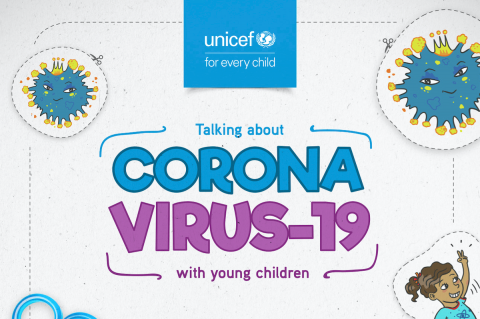 How to speak about COVID-19 in a simple, clear and reassuring way, while addressing emotions that children may be feeling in early childhood. 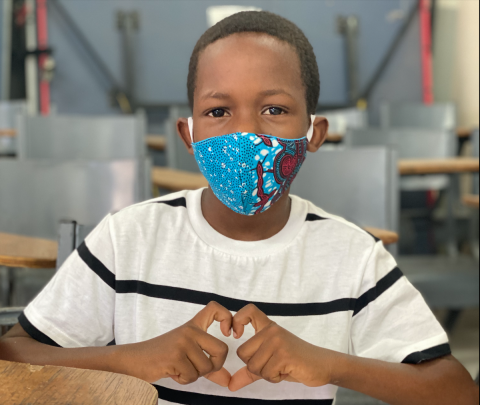 Resources to help families develop coping strategies during the pandemic