On November 19, on the eve of World Children’s Day, a group of children became the first in Jamaican history to address Parliament in a Special Session on Violence against Children. They were 7 year-old twins Ngozi and Tafari Wright, 10 year-old Keino King and 18 year-old Shaneille Hall.

These inspiring boys and girls stood up for the rights on behalf of all young Jamaican citizens – sharing their experiences of violence and the action they want the Jamaican government to take to address it.

The Special Session marked the culmination of a series of activities led by UNICEF Jamaica to commemorate the 30th anniversary of the Convention on the Rights of the Child.

Over the last three months, UNICEF has been consulting with 300 students in a series of children’s townhalls held in three parishes, in collaboration with the Office of the Children’s Advocate (OCA) and Talk Up Yout.

The young participants ranged from primary to high school age. Children in state care also participated in one of the townhall sessions held in collaboration with the Child Protection and Family Services Agency (CPFSA).

What these children shared in workshop sessions, personal interactions and creative performances was often distressing. Many of them have experienced violence directly – running the gamut from psychological to sexual to physical to online. Others have witnessed the same kinds of violence.

And yet, many of them are resilient and hopeful. In each townhall, the children told us about their own ideas and recommendations that they think the Government should take to address violence. We promised to share what they told us, and Prime Minister Andrew Holness promised to listen.

Protecting children from all forms of violence is the main focus of UNICEF’s work in Jamaica: from encouraging positive discipline in schools and leading young people away from gangs to empowering survivors of sexual violence and using sports and psychosocial support to keep children away from violence and help them cope with its impact.

Why UNICEF was compelled to do this

We also work at the level of laws and policies. UNICEF supported the development and recent updating of the National Plan of Action for an Integrated Response to Children and Violence (NPACV), which the Government publicly launched on November 19 – after the Special Session in Parliament.

The NPACV is intended to help Jamaica fulfil its commitments as a Pathfinder country under the Global Partnership to End Violence against Children, which was formed in 2016 to help countries meet Target 16.2 of the United Nations Sustainable Development Goals (SDGs), to “end abuse, exploitation, trafficking and all forms of violence and torture against children.”

Jamaica is the only Pathfinder country in the Caribbean, committed to three to five years of fast-tracked action to prevent and reduce violence against children.

As such, Jamaica is guided by a set of seven INSPIRE strategies that are based on the best available evidence and together provide a framework for addressing violence against children. This comes with an accompanying road map for its implementation.

In his response at the Special Session, speaking of the NPACV, Prime Minister Holness said, “This is not a plan that will sit on the shelves somewhere; it is a plan that must be implemented in a timely and efficient manner and it must be actioned urgently.”

In 2020 and beyond, it is critical for the Government of Jamaica to be held accountable for this promise. 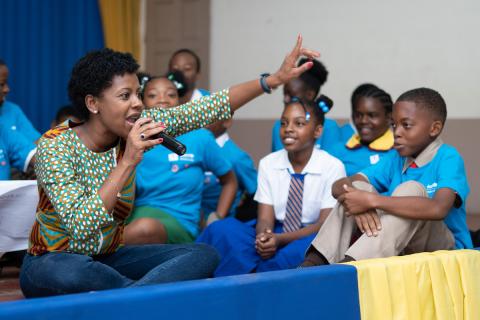 Why November 19 is a historic day for Jamaican children

For the first time in Jamaican history children will be getting their chance to stand up and speak in Parliament, for a Special Session on Violence. 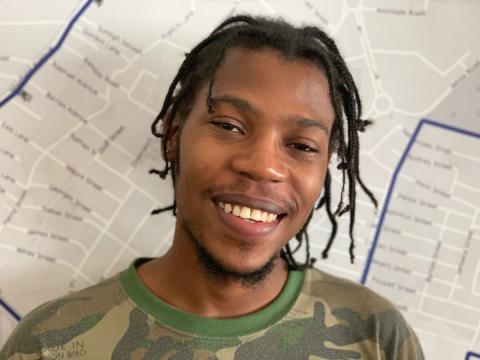 Being that one positive thing for youth like me

Born and raised in Trench Town, I’ve seen that my community, more than anything, needs to be led on a path of peace and love, and it starts with the youths. 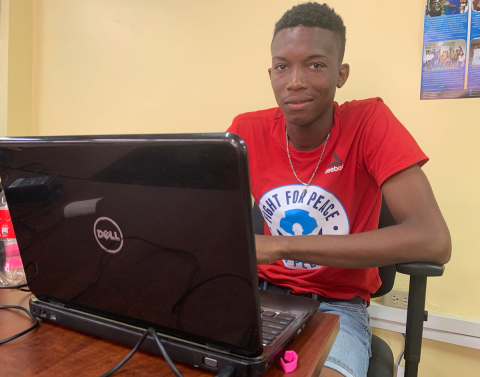 Using my data skills in the fight against violence

I am what they called ‘unattached youth’, and I can count on my fingers, toes and teeth the persons who have told me that I will never amount to anything. 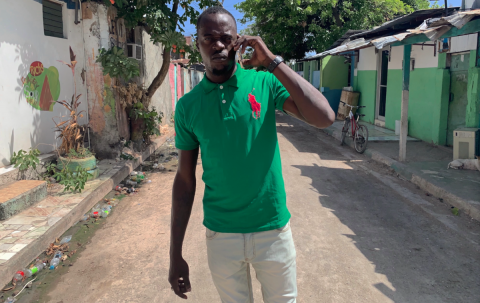 My journey from gang leader to violence interrupter

I’ve been involved in badness since I was 11 years old, when I had my little ‘one pop’ (single shot gun) 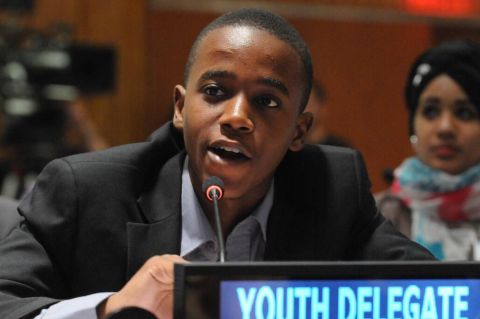 I might have found a way to end violence in schools

Children often grow up believing they are supposed to get beaten and that bullying and other forms of violence are part of their education. 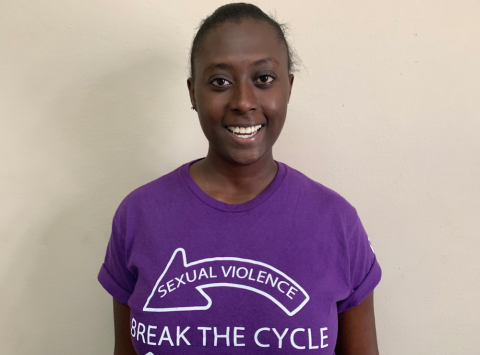 I share some common background with our clients – girls and young women – in experiencing childhood sexual abuse. 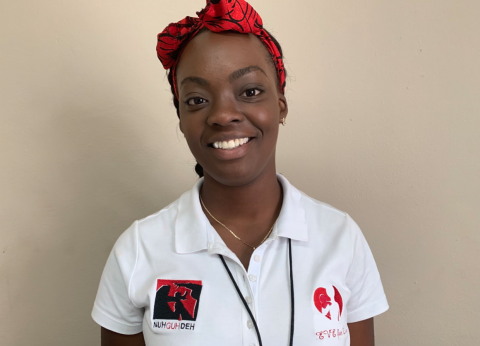 Eve for Life saved me and now I save others

A few years ago it was Eve for Life telling me that my life was not over. 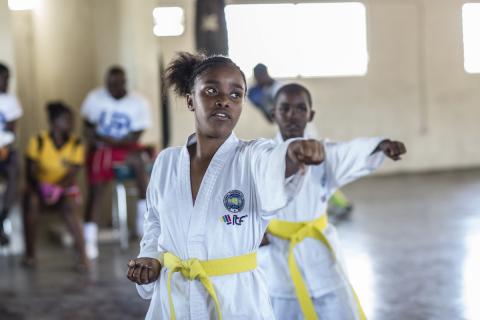 Fight for Peace is making me a leader in my community

People at school are always surprised when I tell them I do taekwondo with Fight for Peace. But now I have a green belt and I help coach! 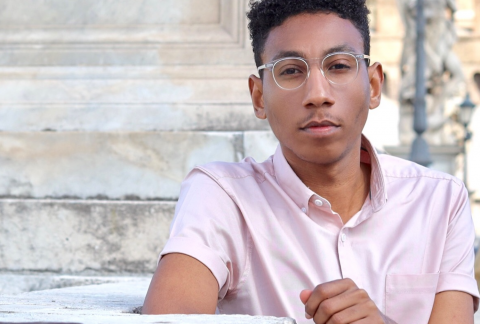 My life journey to protect Jamaican children and youth

In 2017, a 17-year-old student named Mickolle Moulton was murdered. 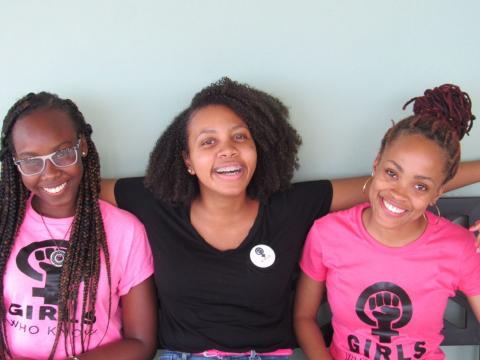 Chelsea Wright’s cause greater than her

Girls Who Know Ja came from being in school where sexual and reproductive health was something to be tiptoed around and could not be openly discussed. 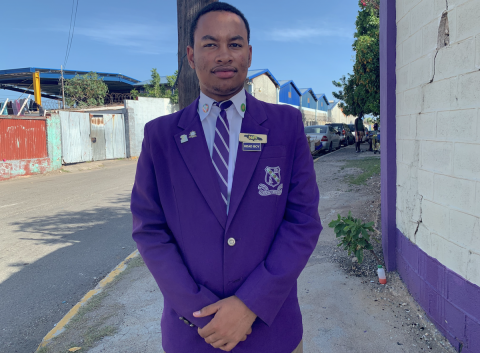 I was robbed, right here on the corner of my school Kingston College about two years ago. 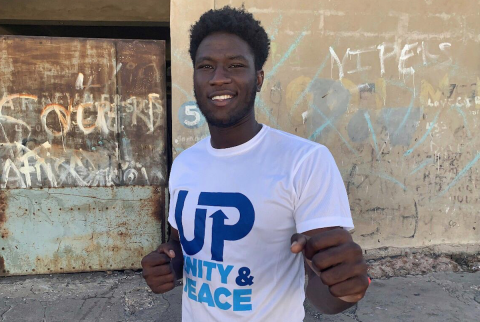 World champ coaching for a cause 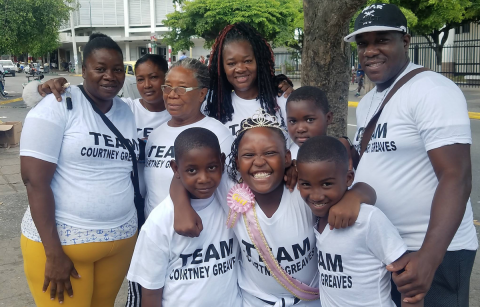 Free us Jamaican children from violence

My name is Courtney Greaves, I am eight years old and I want to be that voice for children who are voiceless. 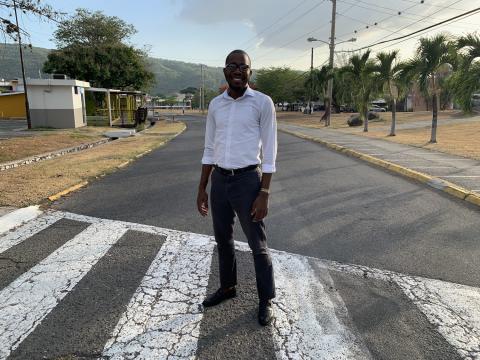 From ‘bad’ student to a leader and mentor

I was raised in West Kingston. Growing up where I did, I soon realised as a child that you got more support being deviant than being good. 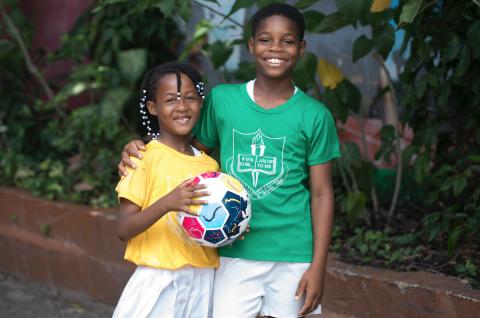 I want to make these boys and girls better than me

Becoming a guidance counsellor in a Kingston primary school was a real culture shock.