EduTrac is an innovative system that uses SMS for the real-time monitoring of schools. It helps the Ministry of Education better understand the situation in schools even in the most hard-to-reach areas in order to provide better learning environments for students. Since March 2015, UNICEF in Central African Republic has been preparing to launch EduTrac in close collaboration with the Ministry of Education.

When I first arrived in Central African Republic (CAR) in February 2014 as an information management officer for UNICEF’s Education Program, CAR had just gone through a devastating conflict which left thousands of people dead, wounded or displaced. The Ministry of Education was also ravaged by the conflict: its IT facilities were either destroyed or pillaged, most education data were lost, education authorities were robbed of means of work, and most schools in the country were inaccessible due to either bad road conditions or prevailing insecurity. Although most Ministry officials including those displaced during the peak of the conflict resumed their posts, any important decision making was difficult without up to date data on which decisions could be based. I personally shared their frustration. In the absence of school data and data collection tools, it was like trying to move forward in the dark not knowing exactly where we were heading to.

In the context of CAR, however, it was not simply a question of restoring the system that existed before the crisis. Education data management in CAR was notoriously difficult even in the pre-crisis era. Above all, communication channels with school headmasters, the primary source of school data, were very limited: a comprehensive contact list of school headmasters did not exist and schools located in remote rural areas were hard to reach. Therefore, the Ministry relied on district level education authorities’ physical visits to the schools. Using pen and paper, authorities filled out a questionnaire with the headmasters. But then, there arose a question of how to transmit the paper-based data to the Ministry in Bangui. Sometimes district level authorities took the original copies to Bangui themselves or sent them with colleagues, methods that could take up to several months due to the lack of nationwide postal service and means of transportation. More important, the paper containing valuable data could be easily lost and retrieving or updating data was difficult with the paper-based method. Ironically, a country like CAR where the use of technology is not common seemed to be the the place where innovation was most needed.

Therefore, when EduTrac was proposed to help rebuild a part of education data management system while tackling these problems, it was received with enthusiasm by the Ministry. After all, information that used to take up to five months to get from a school to the Ministry would be able to arrive in just five minutes with EduTrac. Other than the fact that it enables a real-time monitoring of schools, it was a system that could be implemented fairly quickly with the use of existing infrastructure such as cell phones, which many headmasters already possess.

Once the idea was accepted by the Ministry, a series of steps followed to lay the foundation. The very initial step was to define “indicators” of the SMS survey. So the UNICEF team sat down with the Ministry focal points for brainstorming and discussed the most important questions to ask to the primary school headmasters as well as the frequency. As a result, six indicators were defined including the two main questions below to be sent on a weekly basis:

UNICEF and the Ministry then developed a concept note that would give an overview of EduTrac in the context of CAR. UNICEF then worked with the Ministry to present EduTrac in different meetings including with NGOs and donors supporting CAR’s education sector. The most important next step was informing district level education authorities about EduTrac so they could relay the information to school headmasters in their respective regions with clear instructions. The success of EduTrac would depend on the mobilization of headmasters across the country. So, we organized a special session for EduTrac when district level education authorities gathered in Bangui for an education workshop. They showed a great interest throughout the session organized early in the morning. In fact, they were the ones who understood better than anyone else how hard it was to collect and share school data and how pressing the need for an initiative like EduTrac was. In order to raise further awareness of EduTrac at the regional level, UNICEF and the Ministry distributed banners with key messages encouraging the active participation of headmasters in EduTrac. In the meantime, a four-digit service number “4004” was finally granted to EduTrac. School headmasters would be able to receive survey questions and reply to this number from now on. It was the moment that everyone had been waiting for so long.

With the service number 4004, EduTrac is expected to become fully operational after a brief testing period. We might encounter a number of challenges as we move forward. But we remain optimistic that we will find creative solutions together with all those that are actively engaged or interested in EduTrac.

UNICEF/CAR/Servas
Office buildings of district level education authorities in Bossangoa in the Ouham province where EduTrac banners are displayed to sensitize school headmasters.

UNICEF/CAR/Kim
Office buildings of district level education authorities in Sibut in the Kemo province where EduTrac banners are displayed to sensitize school headmasters.

I hope to be able to come up with the next blog post on UNICEF Innovation spotlighting the progress made on the EduTrac implementation in CAR. In the meantime, please follow the link to see the EduTrac concept note or the leaflet (in French) in CAR for more information. 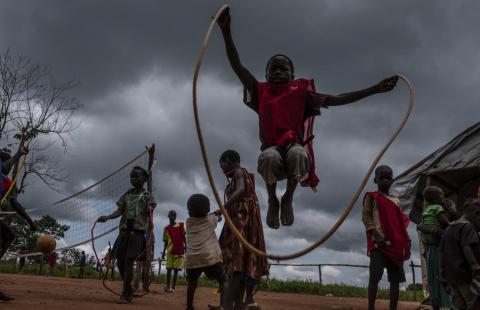 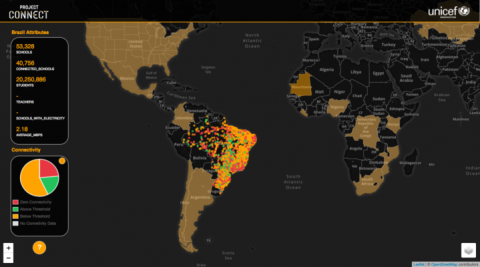 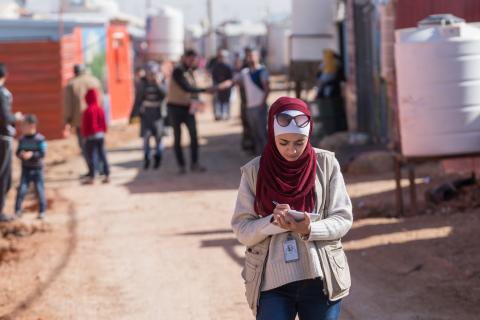 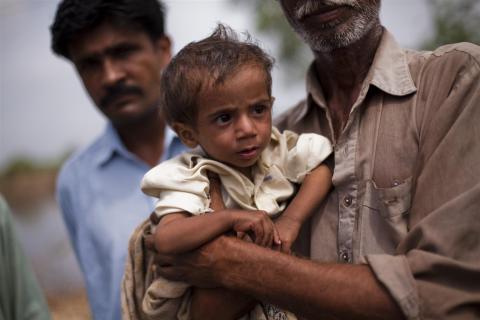