Complex Systems for the Most Vulnerable

Bridging the gap between academia and the humanitarian and development sector

The laws of human behavior

In 1968 Stanley Milgram and two colleagues, trying  to shed some light on behavioral influence questions, used New York as a living lab. They placed one person in the street looking up at a building  and counted how many other pedestrians stopped and looked up too. Then they placed two people and compared. Then three. And so on. The experiment, simple as it was, looked at social behaviour from the lense of complex systems: the behavior of the street is different than the added behaviors of each pedestrian, had they been studied individually. These social psychology researchers tried to answer questions at a system level like: How does the effect of a social stimulus scale? Is there a moment in which a global behaviour emerges and everybody looks up?

Complex systems -- as explained by the Complex Systems Society -- are systems where the collective behavior of their parts entails emergence of properties that can hardly, if not at all, be inferred from properties of the parts. Examples include ant-hills, human societies, the economy or the climate. Processes that run on these systems -- like information cascades, social influence or epidemic spreading -- cannot therefore be understood by looking at the different parts of the systems in isolation.

Complex Systems is not a new field, but during the last few decades (and since Milgram’s days), some things have radically changed.

First, data availability is dramatically increasing. Human behavior data, for example, is collected as digital traces left behind daily by millions of people using technology. This has transformed, to some degree, the world into an open lab. Life is already recorded to an extremely high degree (especially the lives of people that live in urban areas and are above poverty lines, as we will explore further below) and therefore there is no need to setup a living experiment in New York to study some of Milgram’s questions.

Second, advancements in network science, data science and AI have opened new possibilities and collaboration opportunities: computer scientists, physicists and mathematicians are now an important asset for social scientists, anthropologists and psychologists, and new fields have emerged, such as Computational Social Science.

This has been especially important to fields like Complex Systems that -- thanks to the scale of empirical data available -- have evolved to develop new techniques, becoming a major area of multidisciplinary and interdisciplinary work. This change has allowed new understandings of human behavior (from mobility patterns to social influence) as well as of the brain, the economy or the climate, to name a few.

UNICEF works in many difficult environments, governed by complex systems dynamics. In 2017 alone, UNICEF responded to 337 humanitarian situations in 102 countries -- from natural disasters to health and socio-political crises.

Addressing the problems of the most vulnerable children means dealing with social norms, migrations, epidemics, climate driven crises, education, advocacy and many other issues that could benefit tremendously from the work of complex systems scientists to understand the dynamics behind these many different issues. For example: Where would people go when their villages are hit by an earthquake and what is the role of social connections in their resilience and choices; How do programs to provide connectivity and critical information scale the opportunities and choice of communities and young people; or How can we cut off inequalities before they become a chronic societal disease?

In this context, Complex Systems science can help us better understand social, technological and biological systems, and allow faster, better informed and more effective solutions to the problems of the most vulnerable children.

Realizing this potential, some complex systems scientists have started to look at development and humanitarian scenarios, from integrating human mobility patterns in computational models of infectious disease spread to setting up experiments to study the collective performance in crisis mapping.

At the same time, humanitarian and international organizations such as UNICEF are also trying to integrate innovation, technological and scientific advances into the way they work. UNICEF Innovation identified this potential and in the last five years has worked and invested to build bridges and internal capacity to leverage this work at scale within UNICEF: forecasting epidemic spread, estimating poverty, understanding information poverty and quantifying natural disasters impact. UNICEF's MagicBox is the result of these efforts -- a platform (of partners, methods and infrastructure) to facilitate and bring to the ground the use of these technologies and scientific breakthroughs.

Today, there is an opportunity to put at the center of attention of the Complex Systems community the issues affecting the most vulnerable populations.

As we move forward, leveraging the power of complex systems for the problems facing the most vulnerable, we identify three main problems to solve that require closing the gap between the scientific and the humanitarian and development communities.

First, transitioning a research effort into an operational tool is a hard task. Integrating it in existing systems is even harder. Hence most models and scientific efforts end up living as just scientific publications and, in some virtuous cases, in github repositories openly available but hardly ever used by the humanitarian sector. When researchers make the extra effort to build software out of their findings, it often lives on dedicated websites or applications as isolated platforms -- these can be hard to integrate in the vast array of existing systems that governments and international agencies use in their daily operations. There is no clear path yet to connect the “labs” and “factories” of scientific research and humanitarian and development information systems. MagicBox is UNICEF's approach to solve this problem, providing a shared space and network to develop science within the core of a  humanitarian and development ecosystem. However, we need more of those, able to connect to each other.

Second, it is easier to develop new insights and conduct research in data rich places and for questions that researchers know more about first hand. Thus it is not surprising that when we look at the body of research of complex systems, there is a big prevalence of studies focusing on developed countries or big cities and on topics like consumer behavior, transportation or social media popularity. After all, there are more researchers and data from middle-high income industrial countries than from developing countries. Also, finding a collaborator with whom to define a problem (and have the data to back it up) in private sector companies or even governmental organizations in higher-income countries is much more likely than in humanitarian organizations or the governments of developing countries -- even though there are many who are working in this field, such as Sierra Leone’s Directorate of Science, Technology and Innovation or the many examples showcased in the UN Innovation Network. Therefore, in a field so full of opportunities for exploration, those researchers venturing to explore the problems of the most vulnerable populations face a triple challenge of lack of data, less clear problem descriptions, and limited collaboration and career paths compared to their data-rich peers.

Finally, insights based on data from middle-high income countries might not be transferable to the context of developing ones. Most research tends to focus on patterns found in the available data, but the most vulnerable are hardly, if at all, present in data produced by the extensive use of technology. Hence, research needs to start paying more attention to those that do not appear in this data to avoid the establishment of a vicious cycle of invisibility. Methods need to be developed to infer the aggregated activity and mobility patterns of the most vulnerable populations, borrowing from traditional social sciences as well as from less obvious fields like, for example, astronomy -- getting inspiration from how extrasolar planets that could not be observed were indirectly detected by measuring their gravitational influence on the motion of their host stars. It is exciting to see more and more research that looks at the bias in data, but more is needed to understand the implications of vulnerability in the core disciplines of Complex Systems science. Scaling laws, tipping points or emergent properties, to name a few, can all be relooked at with a much more focused objective of understanding inequalities and vulnerabilities.

Examples like the AI for Good Global Summit or the conference on Frontier Technologies for Accelerating Sustainable Development, show how more and more efforts are being undertaken by international humanitarian and development organizations to better understand how tech can help solve some of the world’s biggest problems. A similar effort has to be done the other way around -- empowering scientific communities to structure their work and ways of thinking around the fundamental issues of the most vulnerable.

Following this idea, in September 2018 UNICEF’s Office of Innovation organized the first workshop within the annual Conference on Complex Systems focusing on the most vulnerable, where we brought together scientists working on data, models and research questions that are relevant for the issues affecting these populations. This is just the first of a series of initiatives looking at bridging the gap between academia and the humanitarian and development sector. 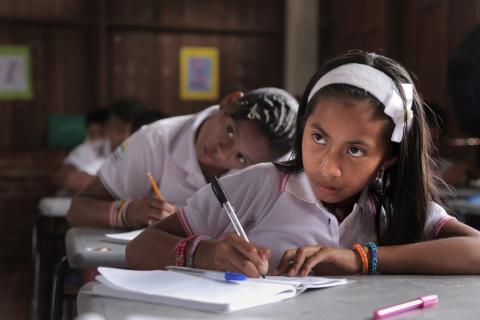 Uncovering how Magicbox can better serve the children of Colombia 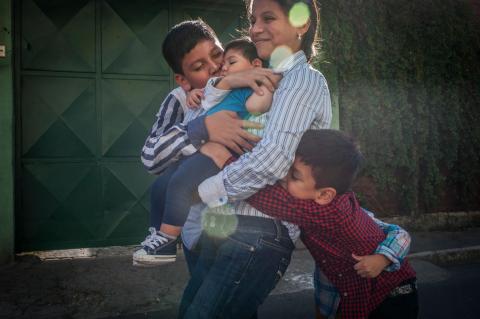 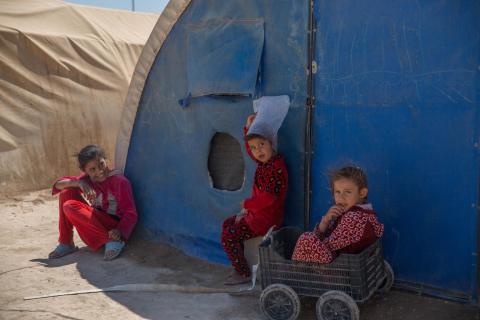 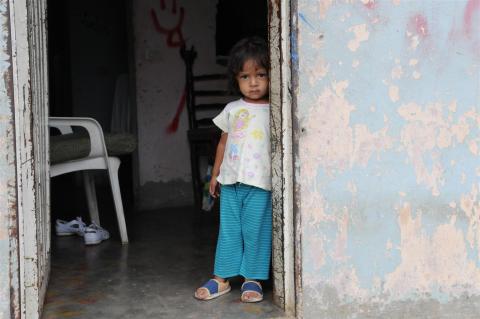 Driving the use of Big Data for Social Good