The African Drone and Data Academy

The Development of UNICEF's Drones and Data for good initiative

The 4-year journey of UNICEF's drone work in Malawi

In 2016 UNICEF started testing the use of drones in Malawi to reduce waiting times for HIV testing of infants, by flying dried blood spot (DBS) samples from hard-to-reach communities directly to laboratories.

In collaboration with the Government of Malawi, UNICEF launched in 2017 the first humanitarian drone corridor to provide a controlled environment for governments, international aid organizations, private sector and universities to explore how drones can help deliver services that benefit the poorest and hardest to reach families in Malawi.

In Vanuatu--a country in the South Pacific made up of more than 80 islands that stretches over an area of 1,300 kilometers, where 20% of all children miss out on life-saving immunizations, UNICEF started using drones for vaccine delivery. The Vanuatu vaccine delivery trials clearly demonstrated that drones can safely and effectively deliver vaccines from distribution centers to remote last-mile communities, reducing a journey of several hours to just 25 minutes.

More recently, following the devastating cyclone Idai in southern Africa, UNICEF used drones to map the extent of flooding, assess the needs of the communities most affected by the cyclone, and apply analytical models for prediction, planning and forecasting in order to reduce the future impact of natural hazards.

In Kazakhstan, in collaboration with the government, UNICEF established two drone corridors to test the use of drones in emergencies, such as avalanche or earthquake search & rescue, and in their use as preventive tools for identifying risks in time.

Across all these implementations, the main challenges have been operating with limited infrastructure and the lack of local capacity to build, use and maintain drone technology, as well as to analyze data and produce relevant insights for improving the lives of the most disadvantaged communities.

After years of collaboration between the Malawi Government and UNICEF, Malawi is one of the few African countries which is very open to the use of drones. While there is a handful of local drone companies, they have difficulties finding trained staff within Malawi to keep up with the growing demand by both national and international actors.

Next to UNICEF, other organizations like USAID, FAO, WFP, ICRC, World Bank and others want to make more extensive use of drones in the country; local actors like universities or public-sector organizations also aim to embrace this new tool, yet all of them face the same challenge — a lack of qualified drone pilots and GIS experts.

There is no academic program or training facility responding to this demand in the African continent and only very limited expertise available on a global scale. As of now, Malawi does not have any school offering short term training for acquiring a drone pilot license, which will soon be stipulated by law.

Currently students taking GIS classes are merely following introductions to the topic on a theoretical level in classes with some 300 classmates. Outside of the school setting, they lack the very basic tools to further engage in their training and are faced with power outages, a frequent occurrence throughout the day, affecting any possibility to connect to the internet with their computers.

While the educational situation is dire, UNICEF has already conducted a number of workshops in Malawi. During one of these, local students - who had never seen a drone before - built their own drone within a couple of days. And it was one of these drones that completed a fully autonomous drug delivery flight over some 19 km.

The solution: A drone and data academy for Africa 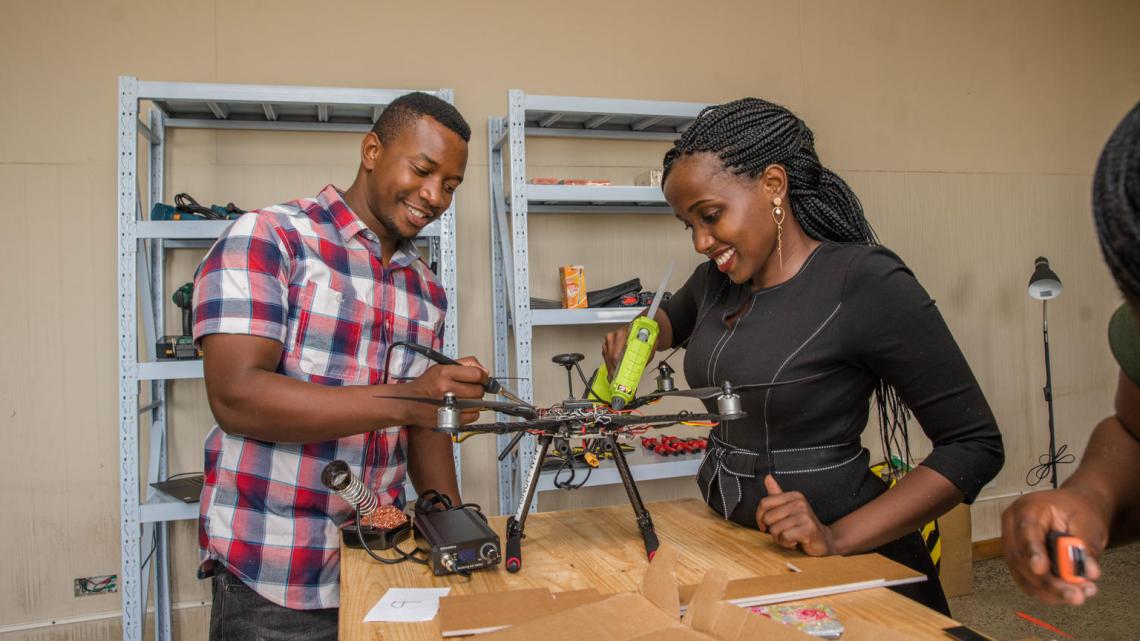 The African Drone and Data Academy is a new UNICEF-sponsored academy operated by Virginia Tech in partnership with the Malawi University of Science and Technology (MUST).

With Africa’s start-up industry growing rapidly, the addition of thousands of new technology and drone-related jobs to the global economy presents a unique growth opportunity for African youth. The Drone & Data Academy will prepare young Africans with the skills that will be needed to join the new technology workforce, and contribute to their communities’ economic and social development.

Using a simple drone aircraft of intuitive fabrication and operation, workshops are hands-on and experiential. Classes involve hands-on construction of gliders made from foam board. Drone education and use are incorporated into the existing curriculum in Geospatial Technologies, particularly on Introduction to GIS and Remote Sensing classes. Capacity building and outreach programs include training workshops for faculty to infuse drone-related topics into engineering and science curriculum and research. 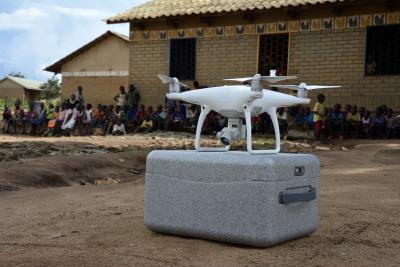 In drone basics, students learn drone maintenance, how to plan a flight and how to operate different types of drones. It is a very practical module that includes a lot of flying hours and practical exercises such as emergency landings. This will prepare students to become mechanics and certified pilots. 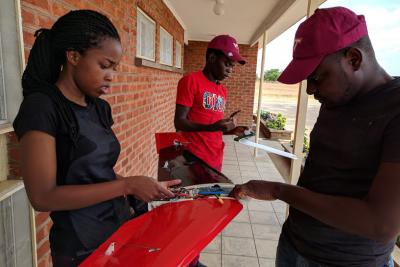 The drone logistics and planning module is more advanced, and trains students in manufacturing and producing their own low-cost drones. All related material is published under an open source license to enable the graduates to build and use their own low-cost drones for the establishment of local businesses. Therefore, every student is also trained in the basics of entrepreneurship, as graduates are expected to start their own local drone companies. 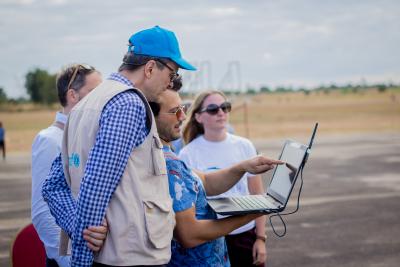 The African Drone and Data Academy will 11-week certificate of drone technology (CDT) programs in April, July and October 2020 that will cover aircraft fundamentals, operations, regulations and data analytics based on drone data products. Graduates of the program will be licensed drone pilots under the Malawi government, will be certified AUVSI TOP pilots, and will possess valuable skills to enter the drone workforce and data analytics.

We are seeking African students who have completed four years of a tertiary educational program within the last five years, or have a significant STEM education experience through work and/or other alternative education. Candidates should have computer programming skills and ideally some background in electronics or mechatronics. Women are encouraged to apply to this unique program.

A feature of this competitive program is that all program costs (transportation, lodging, food and tuition) will be covered for 20 students, and tuition only will be covered for an additional five students. Candidates that successfully pass the practical and knowledge tests will receive a Virginia Tech Certificate of Drone Technology.

The call for applications is already closed, the next one will open in April

Find out more about the African Drone and Data Academy, and it's first cohort of students. 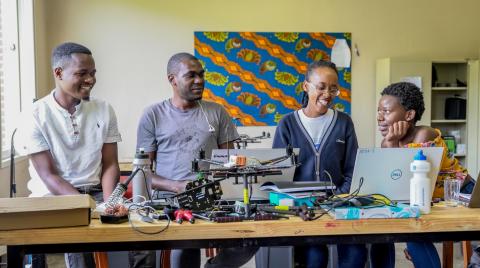 Media coverage of the African Drone and Data Academy

See who is talking about ADDA