THE PROSPECTS of a better life were pull factors, which, magnet- like drew Madelly to neighbouring Guyana.

The prospects of a better life were pull factors, which, magnet- like drew Madelly to neighbouring Guyana. The push overwhelming factor? Beating the pinch of poverty in Venezuela her embattled homeland.

Like the thousands of other refugees fleeing Venezuela, Guyana’s Spanish-speaking, western neighbour, the youthful-looking Madelly was forced by economic necessity to take up Barima/Waini (Region One) as her new place of residence. Unlike the others, she is plain spoken about the hardships they face in Guyana’s interior community.

Speaking via an interpreter, she said: “We do not get food often as they have not visited us in about six weeks” she said at the time of the interview.
“We came from Venezuela because it was very difficult there and we were filled with so much hope that coming to Guyana would be better. Many persons had said that once we get to Guyana, we would be ok as there is a lot of food, land and opportunities there for us to rebuild our lives. So many of us came with that belief and now when we get here it is a sad situation to see that it was not so,” a dejected Madelly said.

Madelly, 28, looks like a mid-teen but is the mother of four, which includes three boys. The eldest is 15. The others are 14, 3 and 2-years old.
Fleeing the prospects of dying from starvation in Venezuela, she is not prepared to surrender to that ignominious fate in Guyana, which is not far off if increased assistance isn’t given quickly, she said.

Getting to Guyana wasn’t easy either as she described the journey to the sole English-speaking South American state.

“We paddled the canoe that we had built so that we can come. It was not an easy journey but once you are part of the team coming you had some amount of hope that you are going to be better as when we arrived in Guyana we (would) no longer have to worry about food and clothing and even opportunities as they were bountiful and that is what motivated many of us to come,” she said.

During the week-long journey to Guyana they made about three or four stops which allowed them to get adequate rest and additional food to complete the journey.
While she heaped praises on the Regional authorities for their assistance, she maintains it “isn’t enough and not consistent”.

At Khanhill camp, there are 103 persons according to figures provided by the Toshao. However, malaria and other diseases threaten their existence.
Madelly pleaded with the Government of Guyana and the numerous religious institutions in Barima/Waini to “come together” and help her and others in their plight.

"We paddled the canoe that we had built so that we can come. It was not an easy journey but once you are part of the team coming you had some amount of hope that you are going to be better"

Notwithstanding the adversities, landing in Guyana has re-awakened her life-long desires, motivations and aspirations for a better life she believed could be reached “beyond the water”.

It is this drive for a secure future, especially for her four children, that emboldened her to cast away fears of the unpredictable 7-day journey by canoe to Guyana and steeled her to endure the pains of her existence. The farmer-turn-refugee knows what it is to wait for a harvest. She understands patience.

Madelly, singlehandedly, has been providing for her family. Now she needs help. She recalled leaving “bags and bags of money” in Venezuela because the currency has lost its purchasing power. She said most of her farming produce goes to waste because markets are unavailable, and, sometimes when they can sell, the prices offered are unconscionable. She, like others, are desperate for help.

If they are forced to return to Venezuela that “would mean death,” Madelly said in a matter-of-fact tone. She is sceptical that Venezuela, the 197-year old Bolivarian Republic can return to normalcy.  For now, personal and family survival are uppermost on her mind. She believes those can be accomplished in Guyana with its abundance of farm lands and “other opportunities” for a fresh start. Once given the backing, Madelly said she is determined to make Guyana her adopted homeland. 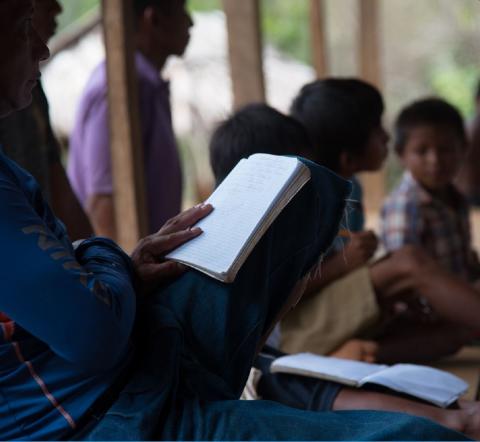 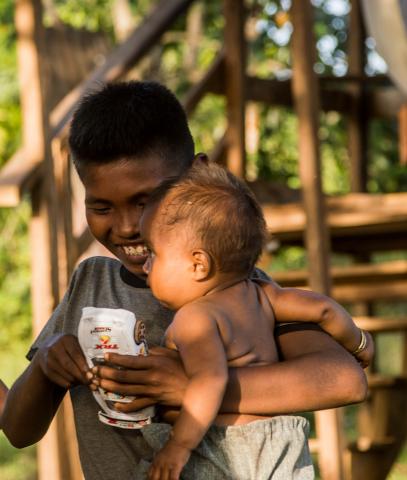 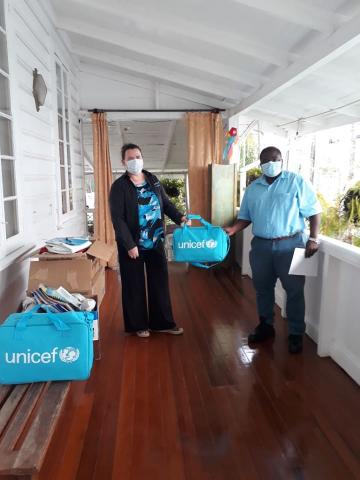 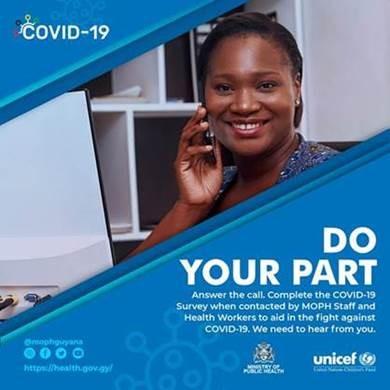 Knowledge, Attitude and Practice Survey (Round 2) on COVID-19 response
Visit the page