People See the Disability Before They See You as a Person 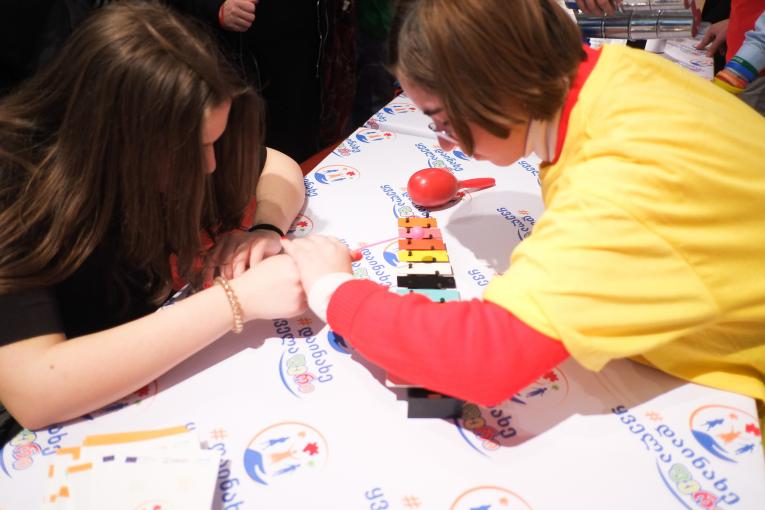 February, 2017. #SeeEverycolour, a launch of the new communication for social change campaign targeting the full inclusion of children and young adults with disabilities and the negative stigma they face, was held on 23 February at the Tbilisi Museum of Modern Art.

The exhibition hall was filled with many of the children and young adults with disabilities which the campaign is aiming to assist, together with their parents, some of their teachers and friends. Upon entering, visitors were given a colourful map to guide them through the event’s interactive touchpoints.

The first of the stops was the Well of Myths and Realities, a guessing game testing visitors on their knowledge of the real lives of children and young adults with disabilities in Georgia. The next stop was the Arts and Crafts Coaching zone. To one side, a group of youngsters with paints and brushes worked on wooden cut-outs in a variety of shapes which would become decorative magnets for refrigerator doors. To the other side, the finished items were displayed for exhibition and sale.

Seven-year old Teodora, wearing a frilly pink dress and looking like a princess from a fairy tale story, was busily putting green paint on what was to be a dinosaur magnet when it was finished. Her mother Lia introduced her daughter and told a bit about the problems and the challenges:  “Teodora has Down Syndrome. The biggest obstacle she and other children with disabilities face here is the stigma. We can remove this stigma, these negative attitudes, by telling their stories. These are real stories. Our stories. In this way, society can change.”

According to UNICEF’s research, more than 40% of the local public harbours negative attitudes towards children with physical and mental disabilities owing to a lack of information, outright misconceptions of these disabilities and discriminatory prejudice based on fear, myth and stereotypes. Collectively this creates a stigma which impedes their personal, educational and professional development – truly holding them back – and results in their marginalisation as adults with disabilities in a cycle which perpetuates.

Other touchpoints during the launch included a Jigsaw Puzzle Challenge where guests could test their puzzle making skills, the Audio Visual Corner to stop and watch a short video presentation highlighting children and young adults with disabilities and their talents and a Culinary Masterclass featuring a group of children dressed in aprons and standing behind the table where they were making open-faced sandwiches for sampling. The final stop was the Goodwill Ambassador table where guests and visitors could add their names to the list of new volunteers to actively join in the campaign.

“The campaign is innovative in that it was designed together with children with disabilities and their parents,” said Laila Omar Gad, UNICEF Representative in Georgia, in her words of welcome to the near full-capacity crowd in the exhibition hall. “It seeks to change the environment of how we see children with disabilities who are among the most marginalised in society here because of the attitudes displayed towards them. I met a 14-year old girl who said to me:  ‘One of the worst things about disability is that people see the disability before they see you as a person.’ We hope that everyone will continue to be engaged and involved in this campaign.”

Teona Khacheishvili, the mother of a special needs child who was in attendance with her family, further underlined the messages put forth in the campaign. “Society,” she said, “is the biggest problem we face. We need support. We need services for our children. And, of course, tolerance.”

The launch was capped off with a concert performance consisting of a multi-piece orchestra of children and young adults with disabilities with their xylophones and drums, keyboards, cymbals and tambourines. They performed several musical selections and the one of them was performed together with the well know composer of electronic music. The participants of the orchestra also demonstrated their musical abilities by giving mini-music lessons to guests and other visitors.

#See Everycolour is a two-year nation-wide anti-stigma campaign run by UNICEF Georgia with the support of the European Union and the USAID. Its activities include a broad agenda of public education and public outreach to include photo and video podcasts highlighting individual stories of children and young adults with disabilities and their parents, video and online contests designed to promote information sharing and awareness raising, television shows and community events countrywide. 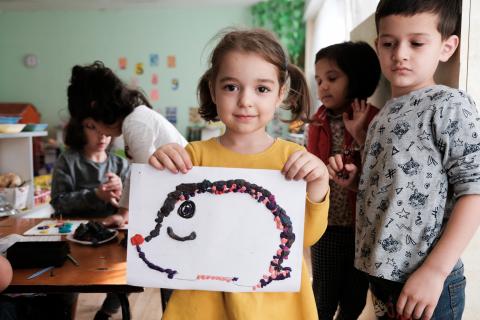 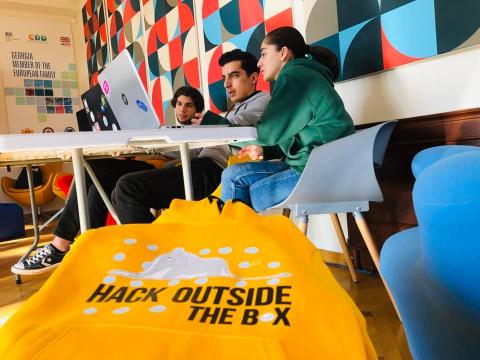 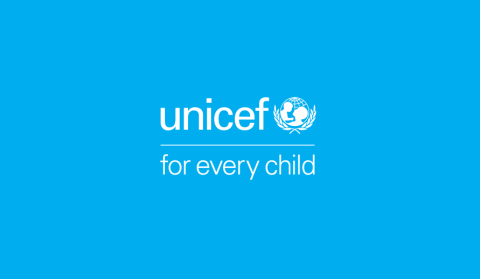 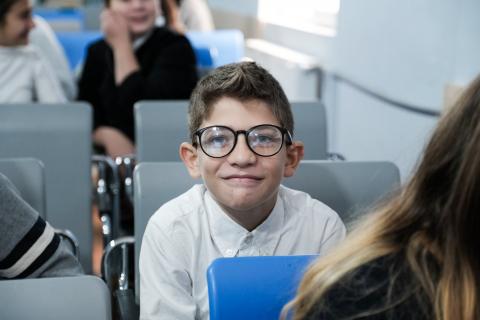