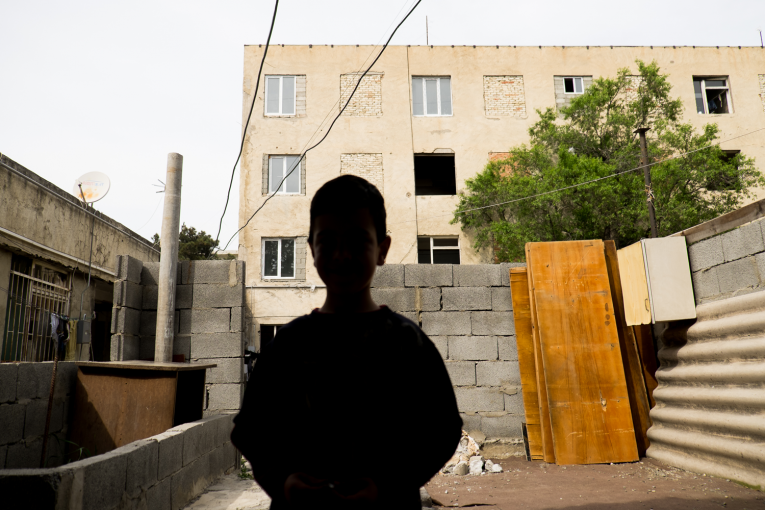 Tbilisi, Georgia, 2 April 2021 – The risks of child involvement in labour have increased in the context of the Covid-19 pandemic, says the Special Report On Child Labour During the New Coronavirus Pandemic and Beyond, prepared by the Public Defender's Office. The report analyzes the pandemic’s impact on child labour, gaps in legislation, and problems identified in practice. The report was prepared with the support of UNICEF.

Public Defender Nino Lomjaria, Head of the Permanent Parliamentary Child Protection Council Ana Buchukuri, Head of the Human Rights Secretariat at the Government of Georgia Maka Peradze, and UNICEF Representative in Georgia Ghassan Khalil, all participated in the event to present the special report.

The report is based on the findings of the legislative and practical study implemented by the Public Defender's Office carried out in the country's four regions: Adjara, Guria, Kakheti, and Samtskhe-Javakheti.

"The study clearly revealed the need for the harmonization of the current national legislation and norms with international standards." - Nino Lomjaria

"The mechanisms to eradicate child labour in the country are inefficient and fail to identify the cases in a timely manner. Despite the pressing nature of the issue, the responsible agencies have still not developed proper mechanisms to react to or prevent cases, or to develop risk assessment. On top of that, the study clearly revealed the need for the harmonization of the current national legislation and norms with international standards," said Public Defender Nino Lomjaria.

"UNICEF continues its cooperation with the Government and the Public Defender's Office in effecting systemic changes, the prevention of child labour, and the empowerment of families to address the issue." - Ghassan Khalil

"UNICEF has been actively cooperating with the Public Defender's Office and supporting it in child rights monitoring," said Ghassan Khalil, UNICEF Representative in Georgia. "Georgia ratified the Convention on the Rights of the Child, and many other international instruments, which establish Government responsibility for protecting every child from hazardous labour. The Code on the Rights of the Child of Georgia that came into force several months ago envisages child protection from harmful forms of labour and the development of specific mechanisms for the eradication of child labour on both national and municipal levels. UNICEF continues its cooperation with the Government and the Public Defender's Office in effecting systemic changes, the prevention of child labour, and the empowerment of families to address the issue,” Khalil added.

The study has shown the following:

The study was conducted in the second half of 2020, focusing on child labour in households, formal and informal sectors, working on the streets, and labour migration. Interviews were conducted with various actors from organizations working on child labour and human rights issues, governmental institutions, local self-government bodies, as well as schoolteachers and adolescents.