In Cambodia, children under 5 years of age continue to suffer high rates of death and disability from malnutrition. Annually, approximately 4,500 deaths can be attributed to malnutrition (Moench‐Pfanner et al., 2016). This represents nearly one third of the overall child mortality rate in Cambodia. The adverse impact of malnutrition constitutes an economic burden that costs Cambodia an estimated 145 to 266 million
USD annually (0.9–1.7% of gross domestic product; Moench‐Pfanner et al., 2016). Stunting, considered the most appropriate multi‐sectorial indicator for malnutrition for its nutrition sensitive and specific related, accounts for 45% of projected economic losses (Moench‐Pfanner et al.,2016). Undernutrition is both a major cause and an effect in the cycle of poverty triggered by inadequate water, sanitation and hygiene (WASH) and feeding practices (Chase & Ngure, 2016).

In Cambodia, improving access to safe drinking water (65% to 83% depending on the season) and sanitation (46%), along with good hygiene practices such as hand washing (79.8%), and reducing open defecation (44%) and unsafe management of child stools (30%; National Institute of Statistics, Directorate General for Health, & ICF International, 2015) are vital towards decreasing preventable young child deaths—especially those associated with infectious diseases such as pneumonia and diarrhoea that contribute to most of the under‐five child deaths, in Cambodia (Ministry of Health, 2017).

In addition, globally, the demand for water is projected to outstrip supply by 40% in 2030 and declining water quality is becoming an issue of growing concern (Carbon Disclosure Project, 2010). Though increasing access to improved water supplies was a focus of the Millennium Development Goals (United Nations, 2015), the Sustainable Development Goals acknowledge the need to move beyond access alone and address the quality of water consumed by households and particularly by young children. Ingestion of water contaminated with faecal pathogens is a major cause of illness, disease, and environmental enteric dysfunction in young children increasing the risk of associated malnutrition and growth faltering (Tetra Tech, 2017). 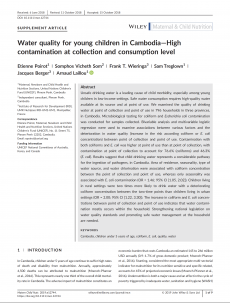 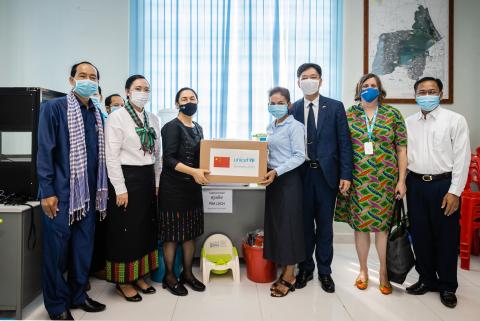 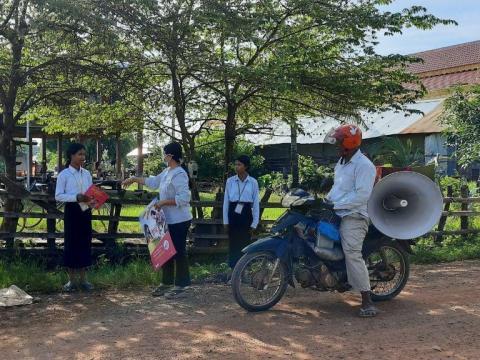 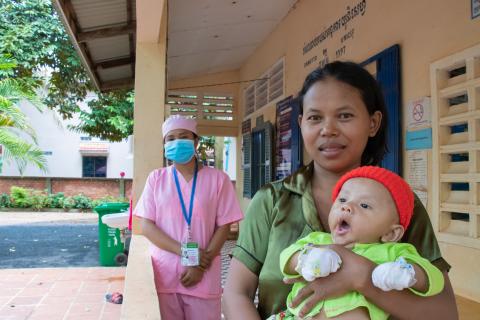 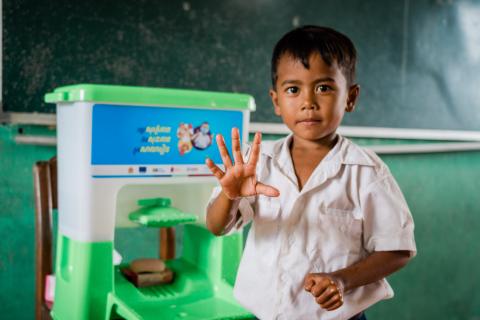 Even as we marked Global Handwashing Day, UNICEF ran a major operation to bring hygiene supplies to all Cambodian schools.