16-year old singer, songwriter and musician appointed on World Children’s Day, when children around the world unite for their rights.

“I’m honoured to join UNICEF as Youth Goodwill Ambassador,” said Sonam. “I am committed to doing everything I can to help children and adolescents, like myself, have a brighter future. I believe that we have the power to change our own lives.”

Sonam Wangchen is one of Bhutan’s youngest and most popular singers. Born in February 2002, he is currently studying in 11th grade. He sings mostly in Dzongkha, Bhutan’s national language. His 2015 song, "choe thom da", was a super-hit, propelling him into the limelight. Since then, Sonam has written numerous hits, performed at national events and charitable concerts, and worked on original soundtracks for movies.

Sonam is beloved by Bhutan’s younger population. He takes every opportunity to encourage children and teens to study, believe in themselves and follow their dreams. In his role as UNICEF Youth Ambassador, Sonam will use his singing, his popularity, and his large social media following to engage with young people and empower them to speak about the issues they face.

“As UNICEF Youth Ambassador, I really want to work together with young people, especially on issues we believe are important to us. Growing up online for example,” said Sonam. “Worldwide, 71% of us are online and I want this digital world to be a safer place for all of us.”

As part of the day, UNICEF is asking supporters to raise their voices in solidarity with the most disadvantaged and vulnerable children by helping ‘turn the world blue’ – by doing or wearing something blue at school, on the streets, on social media, in boardrooms and on sports fields on 20 November.

More than 50 organizations globally will turn over roles to children or show their support for every child, including FC Barcelona, Beko, All Blacks, Qantas and Amadeus. Johnson & Johnson Headquarters will also be taken over by children as they announce a US$10 million commitment to support UNICEF’s health programmes. The LEGO Group and LEGO Foundation will host a number of `Build the Change’ events around the world where children are invited to share their views on what their dream school looks like.

Alongside Sonam Wangchen in Bhutan, Emmy-nominated actress Millie Bobby Brown has been announced as UNICEF’s newest and youngest ever Goodwill Ambassador. In addition, countries around the world will appoint UNICEF Youth Ambassadors including: 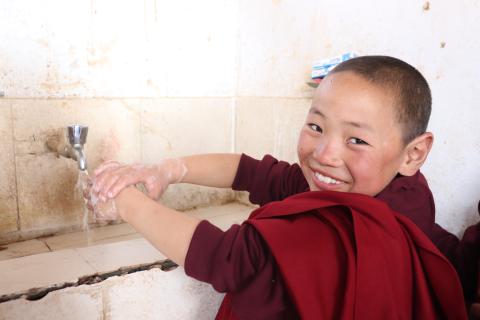 An eco-friendly heat pump enhances the wellbeing of child monks 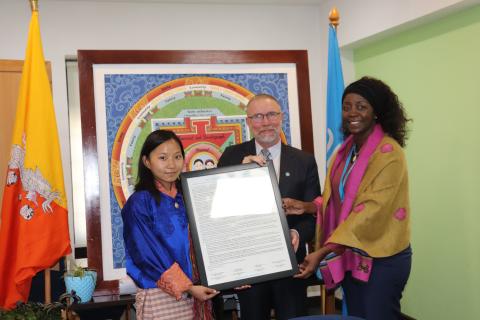 Wellbeing and happiness of children, a national priority for Bhutan 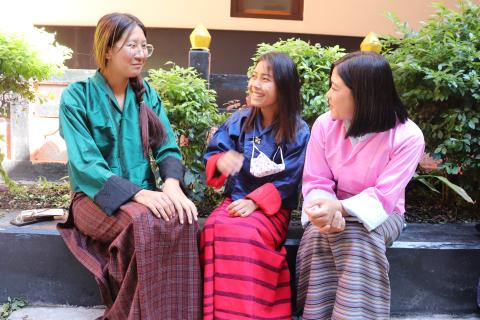 Understanding the values that characterise youth. 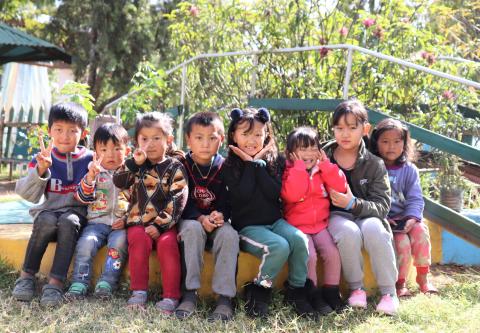