Tucked away in a small corner of the Belmopan Civic Center is the office for Belmopan Active Youths (BAY). The narrow office is barely large enough to accommodate two cluttered desks. Meetings that involve more than 2 or 3 people quickly become standing room only. This is mission control for BAY and their mission is to make Belmopan and surrounding communities a safer place by helping young people become better citizens.

With a population under 20,000 Belmopan is the smallest capital city in the continental Americas. However, it’s diminutive size has not provided the city and surrounding villages with immunity from the same social problems plaguing larger urban areas in the region. Crime is just as much of a concern in this seemingly quiet community as elsewhere in Belize. Drugs, gangs, and armed violence are omnipresent threats for young people who live here.

Anna Banner Guy is the founder and director of BAY. Formed in 2012, the organisation provides training workshops, mentorship, and after school programs for hundreds of youth and young adults. Members of BAY range from 13 to 29 years of age.

Of particular concern to BAY is the increasing issue of armed violence. “We have seen first hand how our youth are getting more engaged in crime and violence” says Anna. “Not just those that are participating in crime but also those who have become victims”.

In 2018 BAY partnered with UNICEF Belize to create a program that would address this issue head on. “We are training 120 young people from Belmopan and neighbouring areas to deal with the challenges they face” Anna explains. “We are looking at issues such as anger management. Many of these young people have been pushed to the point of where they become angry and they don’t have any clue how to manage that anger”.

The main component of this training is a series of “lock in” sessions. As the name suggests, young people are sequestered for a weekend of intervention and motivation. The strategy is isolate the youth in an area away from their communities so they can physically and mentally free themselves from whatever challenges they are facing at home or in their neighbourhoods

According to Anna, all the participants of these lock ins are considered to be at-risk youth. “You will find that most of these young people have been in conflict with the law or have been exposed to violence” she explains. “They have likely experienced to some sort of aggressive confrontation before. These are people who tend to be very short tempered. We want to show them that is not the way to go”.

Five lock in sessions were held over a six-month period. Each successive intake included previous participants who demonstrated leadership potential. Anna believes that often the same young people who pose the biggest challenges are often the best natural leaders. “They may not demonstrate positive leadership skills” she says, “but we are hoping that by the time they come out of this program they will be leading in a more positive way.”

15-year old Zahir Orellano is one of those people in whom Anna saw potential. “At the lock in, even though he wasn’t behaving as we wanted, I could see that everyone was listening to his jokes and he had a charisma that attracted everyone to him” she recalls. “We wanted to get him involved in our leadership program because we knew he could be someone who would eventually be able to give back to BAY”.

Life has dealt Zahir a difficult hand. His mother has struggled to raise him and his six siblings on her own. In fact, just a few years ago his family lived without electricity or running water. On many days he says he went to school without anything to eat.

By his own admission, Zahir was a difficult teen. “Six months ago I was someone who was a liar. I used to tell my mom lies. I used to smoke. I used to be disrespectful to my teachers. I used to skip school and I got suspended. I never listened to my mom. I used to hang out with friends until late at night”.

Rock bottom for Zahir came last year when his older brother, who had been in and out of jail for several years, was gruesomely murdered. It was around that same time that Zahir got involved with BAY.

“Miss Anna said she had the perfect thing for me to go and relax my mind” Zahir recalls being invited to participate in his initial lock in session. “At first I thought it was just about playing, but it was about teaching young people about drugs, about peer pressure, and how to be a leader and not a follower.”

The transformation of Zahir in only six months is remarkable. Once a problem student, his grades have improved and he is now praised by his high school principal. The former trouble maker has become one of Anna’s most valuable and dependable volunteers. Recently Zahir even helped organise and execute a BAY sports marathon in his home village of Roaring Creek. But he admits the process was not as easy at it may appear. “To be honest, I faced some struggles as I tried to change” Zahir tells me. “You have friends at school who tell you that you are weak, that you are this or you are that. But those are the guys who are still out on the street smoking and drinking. I can’t choose their lives for them, but when I went (to the lock in session) it changed me and now I participate in everything BAY does.”

Not every young person BAY engages is as open to change as Zahir. Anna says she knows they can’t save everyone, but she is determined not to give up no matter how difficult the circumstances may be.

“Most of our young people have similar challenges and we’ve dealt with hundreds of them. If I was to go into it alone I would be overwhelmed but it’s not just me, it’s a team. We work as a team at BAY and as long as we press into the programs with everything we have, as long as we have done our best we are satisfied." Says Anna.

"Whenever you see one of our youth turn into a leader and you see the difference in that young person, that’s really gratifying. That’s enough for us to go on and recruit 100 more.”

Perhaps the best recruiting tool BAY now has is Zahir himself. He gives all credit to Anna for helping him turn his life around. “She showed me I could be a leader and if it wasn’t for BAY I wouldn’t be where I am at today. I’d probably be out on the street with friends smoking, drinking and stealing. I just want to thank her for what she did for me.” 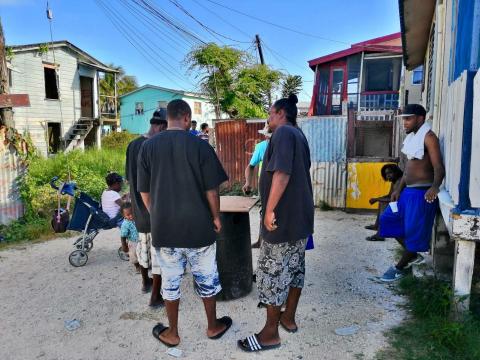 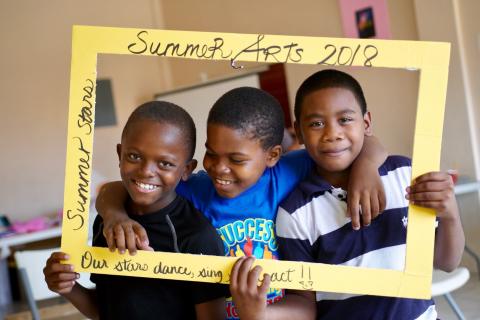