HERAT, Afghanistan, 5 July 2017 — “I thought that having my period meant that I was sick. At home, I was told that when I have my period, I should never touch onions,” says Mahnaz, aged 18 a student at Mehri Herawi Girls High School in Herat city, Western Afghanistan. “I was told not to eat melon or watermelon,” adds her school-friend, 16-year-old Khadija.

No meat, no rice, no vegetables, nor sour foods; no drinking of cold water; no sitting on wet ground; and no washing. These are among the commonplace myths surrounding menstruation in Afghanistan, where the topic is taboo and girls soon learn to see it as something negative, shameful or dirty.

“Even women in the family don’t talk with the ones who have their period,” says Mahnaz. “They are not allowed to cook and they are ignored until the period is over. In some places, girls are told to not take a shower when they have their period but when they don’t, their body smells, and others don’t want to interact with them.”

In very conservative parts of Afghanistan, biology teachers have been known to avoid the topic of puberty entirely. Many parents fail to discuss menarche with their daughters; but girls, in turn, stay silent about the onset of menses because they fear it will signify that they are ready for marriage.

“When I experienced menstruation for the first time…my sister who is studying midwifery told me about [it],” says Khadija. “[Based] on what I heard about the age of marriage, I told my sister not to share the news with our mother…I was scared. It was horrific for me.”

Compounding the myths and stigma associated with menstruation, limited water and sanitation facilities in schools in some parts of the country impact girls’ school attendance when they have their periods.

“Most of the girls with their period are absent from class for three to four days a month,” says Khatera, 32, a mathematics teacher and the volunteer health focal point at Mehri Herawi school, where the introduction of menstrual hygiene management (MHM) classes is starting to change beliefs about, and attitudes towards menstruation.

Some 1,600 at the school have already attended MHM classes conducted by Khatera who uses learning aids to teach girls aged 12–18 about menstruation, personal hygiene, diet and anaemia, and how to access, use and safely take care of sanitary hygiene products. She encourages them to discuss the issues amongst themselves and with their families, and provides consultations to individual students on request.

Khatera received her MHM training as part of a UNICEF-supported Water, Sanitation and Hygiene initiative funded by the Government of Canada. Trained teachers in Western Afghanistan will serve urban and rural schools in four provinces: Herat, Farah, Badghis and Ghor, and work with their school management shuras (committees) to establish student MHM Committees in their schools.

Mahnaz, who is a member of her school’s MHM Committee, says learning about menstruation helped her become much more comfortable talking about it. “The first people I talked to after this training, were my sister and mother. I told them what I learned and I offered to read them chapters [of the learning material].”

“I also talked with some of my other friends in the neighbourhood and gave them the correct information about menstruation,” said Mahnaz.

Mehri Herawi Girls High School principal, Raufa Jami, is very satisfied with the MHM programme but knows that it will take time to transform the longstanding beliefs and social pressures that uphold negative social norms.

“Some students still resist [accepting the information they receive],” says Ms. Jami. “Our school management shura supports the initiative and we’re working to expand the programme to involve more parents, mainly fathers, because of their important role in communities,” added Ms. Jami.

She points out that more latrines and handwashing facilities in schools are needed, to complement the MHM education programme.

“After starting the training sessions on menstruation, we have been in contact with Ministry of Education and the School Management Shuras to advocate for more funds,” said Ms. Jami, explaining that the school would like to build more MHM-friendly facilities such as a washroom big enough for girls to change and wash if they need to during school hours.

“I feel a responsibility to campaign for this. All girls need to know about it and families should not force girls [to have] negative thoughts anymore,” says Mahnaz.

Menstrual Hygiene Management (MHM) is an exciting and holistic new approach to bust the myths, break taboos and end the stigma and silence that surround menstruation and girls’ health in Afghanistan. Helping girls to manage menstruation with dignity and accurate information will empower them to live healthier lives without fear. 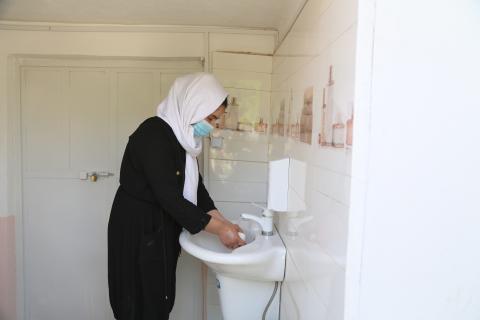 “When I had my first period, I was really scared and ashamed. 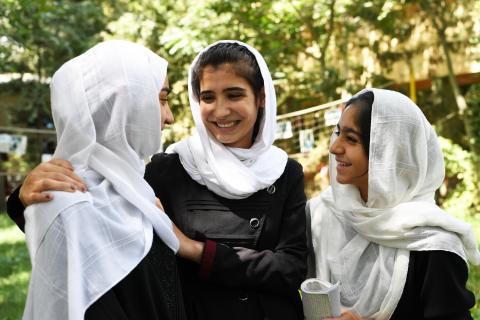 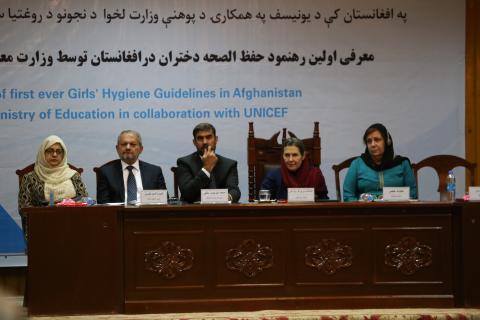 It was almost surreal

Breaking taboos and raising awareness about menstrual hygiene in Afghanistan 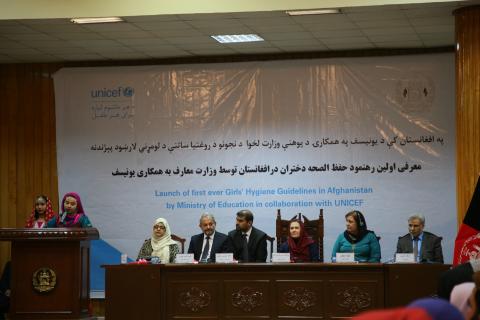 Launch of first ever Girls’ Hygiene Guidelines in Afghanistan