Early marriage, early divorce, now back in school in Zambia

Hear about the experiences of one young woman, married at 13, in eastern Zambia

When Vester Mwale fell pregnant in Grade 8, she dropped out of school and got married. She was only 13 years old.

“My parents were against the idea but many people told me it was difficult to keep a pregnancy on your own and so I took their advice and got married,” she said. “I did not want to do it but I was scared of being alone while pregnant. My boyfriend at the time accepted responsibility and said we would keep the pregnancy and live together. He wanted marriage.”

Believing she would be better off, Vester went ahead and got married against her family’s wish, but soon realised her mistake.

“I was married for four years and it was very difficult. We could barely support ourselves and our child, and my husband used to drink and beat me,” she said. “I know now from experience that getting married as a child is a bad thing; you have to wait until you are an adult before getting pregnant or considering marriage.”

Now 19 years old, Vester is divorced and has returned to school.

“When I decided to leave the marriage, my parents supported me, and they did the same when I later decided to go back to school. My father pays my school fees whenever he can, and my mother remains with my child while I go for my weekly boarding.”

Vester lives in France village in Katete district, eastern Zambia, and has to walk about 35km one-way to get to school. Common practice is to lodge closer to school and only return home on weekends, something Vester struggles to do consistently due to lack of funds.

It was with this context that the Government decided to launch a nationwide campaign to end child marriage and teen pregnancy in 2013. In addition, a national End Child Marriage Strategy was launched in 2016, followed by the development of a National Plan of Action on Ending Child Marriage in 2017. UNICEF and UNFPA support the Ministry of Gender in the government-led campaign, which involves a consortium of 15 line ministries.

UNICEF is also piloting the implementation of a multi-sectoral approach in the district of Senanga and Katete with the aim of addressing the root causes of child marriage. The work involves supporting schools to prevent children dropping-out, promoting menstrual hygiene management, strengthening the role of health centres for sexual reproductive health, and collaborating with radio stations and theatre groups to create space for local dialogues on supporting youth. It is also focused on developing a social work response to address cases of child marriage when they do take place, prioritizing the safety, wellbeing, empowerment and learning of the children involved.

George Zulu, headman for Katema Village and member of the Chimtende Area Coordinating Committee, said poverty and cultural practices were some of the main drivers of child marriage in Katete district.

“Some families find child marriage beneficial because they receive a bride price (lobola) for example a cow or goat and they like that. They also enjoy the extra food that a married daughter is able to give them,” he said. “Initiation is another cultural practice that contributes to child marriage because once girls are taught how to have sex, they want to experiment right away. There is also a lot of peer pressure among the children.”

Zulu said attitudes had been improving over the years and cases of child marriage were falling due to different interventions.

“There has been a lot of sensitisation and most families now appreciate the dangers of child marriage, including maternal death and greater risk of contracting sexually transmitted infections like HIV. They also appreciate that their children can take better care of them if they get an education,” he said.

“Many chiefs and indunas (advisors) are taking an active role in preventing child marriage.  Sometimes the girls themselves report their parents for forcing them into marriage; we have received such reports from the members of the Community Welfare Assistant Committees and have conducted a lot of counselling and sensitisation,” Zulu said.

The causes of child marriage in Zambia are deep rooted, and tied to issues like poverty and lack of opportunity. Keeping children at school and in learning, sensitizing teenagers that are entering relationships, and making sure young people have information on sexual and reproductive health… are just some of the answers.

For Vester, despite missing several years of schooling, she is now glad to be in the class room again, and has new hope for her life.

“I am happy to be back at school and although my classmates are younger, they are understanding and treat me as they do everyone else. I would like to be a teacher and I believe I now have another opportunity to reach that goal,” Vester said.

The UNFPA-UNICEF Global Programme to Accelerate Action to End Child Marriage is generously funded by the Governments of Canada, the Netherlands, the United Kingdom and the European Union, and Zonta International. 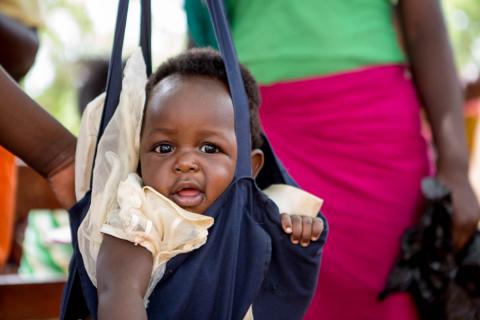 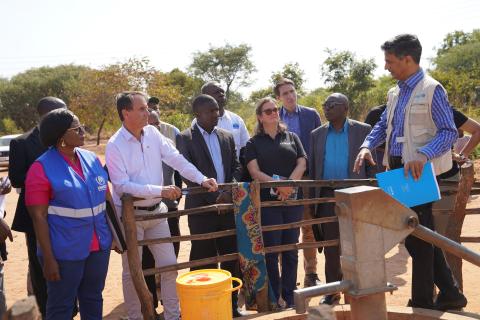 Around 200,000 people in six districts of Luapula Province to benefit from improved access to basic water supply, sanitation and hygiene facilities 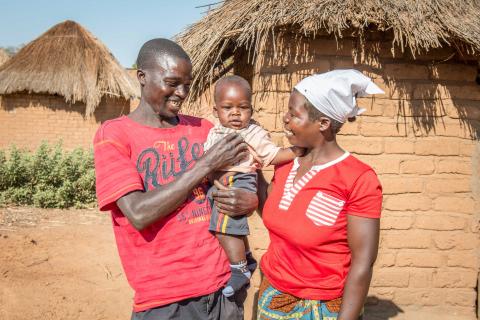 Beyond Baby Talk in Zambia; the story of 10-month-old Moses

One family in Eastern Province on the impact of parenting classes 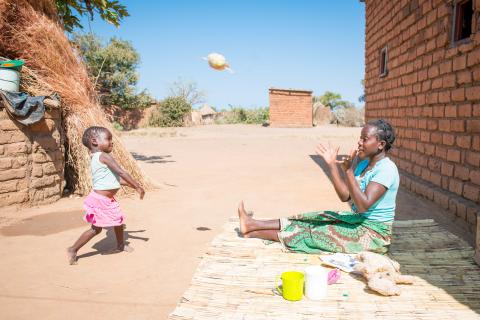 Playful parenting in practice: a mom’s love and care