As COVID-19 pandemic continues to unfold, Clean water supplies is essential for families in Yemen

Many communities across Yemen continue to face a daily challenge of collecting clean water for their families. Often, they have to walk long distances to collect water, or buy expensive fuel to run water pumps. Understanding that water is essential for life, UNICEF have been exploring ways of ensuring families have sustainable water supplies.

Saba Al-Raimi, is 35 years old and has fled to Bani Awad with her two children.  She was facing a daily challenge in collecting water with many other displaced families, spending many hours waiting to get water. Now with the more reliable water supply she doe not have to waste time collecting water and has joined reading classes.

“We used to stand in a queue for six hours to get twenty litres of water, but after the installation of solar power to the water pump, water has been available for twenty-four hours which helped maintain our and our children’s hygiene. Water is clean and pure for us to drink. The availability of the water also helps us mothers, it has given us the opportunity to go to learning and improve our illiteracy,” says Saba

Ahmed Hizam Al-Mas, is a 67-years-old resident in Bani Awad. The burden of collecting water has been dramatically reduced by the impact of the new water infrastructure intervention.

Ahmed says “after the installation of the solar power to the water pumps, the expenses has majorly descended due to the current substitute and reliance on solar power instead of the previously purchased and used diesel. Before the project we used to walk an approximate of four kilometres while carrying the water on our animals.”

With the increasing risk of COVID19, coupled with the existing risk of cholera, water is as important as ever. For these communities in Ibb they can now rely on a sustainable, clean water source.

Thanks to a $70 million contribution from the King Salman Humanitarian Aid and Relief Center (KSRelief), UNICEF Yemen has been able to provide 2.8 million people with access to clean water and over 3.3 million people with improved sanitation. A the COVID-19 pandemic continues to unfold, this support it essential for families to protect themselves. 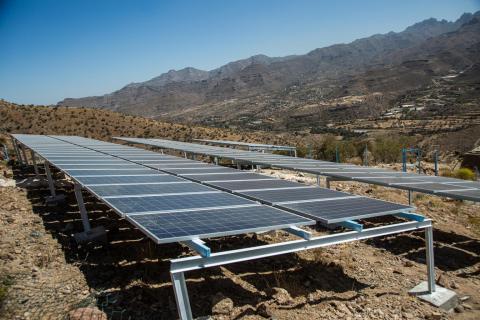 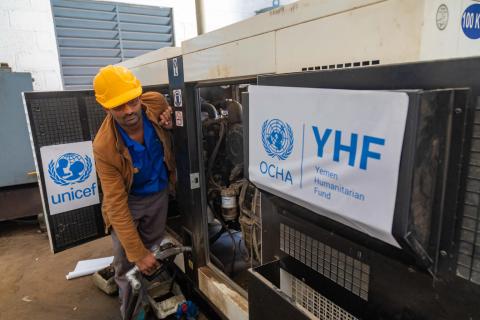 Ensured a daily supply of safe water for almost 2.5 million people across the country