The power of victim assistance for children impacted by conflict

Children too often carry the heaviest burden of ongoing conflict in Yemen. They are injured at alarming rates and their families are left trying to help their children recover and rebuild their lives. These stories show that, although no one can take away the impact of their experiences, with careful child protection support they can begin to recover and return to the childhood they so fundamentally deserve.

Abdulrahman was 12 years old when he was playing in his village in Al-Zaher district in Al Baydha when tragedy struck. A bomb exploded where he was playing leaving him with severe injuries to his abdomen, chest and spine. He was rushed to the hospital in 2015 for medical treatment. Most of the shrapnel was removed but his spine remained severely damaged and difficult to treat in a local hospital with limited resources. His family could not afford the required treatment in a specialized hospital.

"Abdulrahman's situation prevented him from going out to school and playing with his friends which affected him psychologically. He was so sad all the time," said Abdulrahman's family.

In February 2019, Abdulrahman's father was contacted by UNICEF’s partner the Danish Refugee Council (DRC) who began to monitor his situation and determine the best assistance they could provide. At that moment, the light of hope shone in the young boy’s eyes.

Abdulrahman was sent to a specialized hospital where he was treated, and shrapnel was removed from his spine. He spent 20 days in the hospital until he fully recovered. His feelings were indescribable. He missed his school and friends and was so happy to be able to play with his friends again when he came home.

"I have a dream of completing my study and working to help other children. Putting smiles on their faces," he says.

One day, while Fahad was playing near his house in the afternoon, he unknowingly came across an unexploded ordinance. It was probably left after there has been fighting in his village a few months earlier. Fahad directly found his way to his best friend Ebrahim.

“We usually take out the powder and burn it” he stated.

When the boys realized they could not take out the powder easily, Fahad threw the remnant against a stone to get the powder out.  Sadly, this resulted in an explosion, damaging Fahad’s hand and causing an injury from shrapnel to Ebrahim’s thigh.

The boys’ families took them to the Attaq General hospital where they received emergency first aid. The doctor decided to postpone Ebrahim’s surgery to a month later as the shrapnel was too small and was unstable.  Fahad lost three of his fingers on his right hand. He received medical support as part of the UNICEF’s victim assistance programme through their partner the Danish Refugee Council.

Nader moved to Al Noor city area, in Al Mudhaffar district, in Taiz to live with his grandmother. They share a rented house consisting of one room, a bathroom and a kitchen.  His parents separated before he was born, and he was raised by his grandmother.

"I love learning and going to school like everyone else. I am currently in my first year of secondary school. I love my grandmother more than anything else in the world," says Nader.

Nader was happily living with his grandmother. She was a source of love and affection and took good care of him. Everything changed in March 2017 when he was injured by a stray bullet in his abdomen and hand while returning from school.

Nader was admitted in Al- Boraihi hospital where he underwent two urgent surgeries. He was unable to open his hand, unable to move or feel some of his fingers due to nerve damage. The injuries stopped him from studying as he had difficulties in writing.

His grandmother took him to the Al Raouda hospital in November 2019, where a surgery could be done to repair some of the nerves in his hand. Heartbreakingly, however, Nader’s grandmother could not pay the costs of the surgery. The hospital manager referred him to the DRC who, with support from UNICEF, were able to help cover his medical costs.

“Victim assistance is one of the most powerful ways we can alleviate the suffering of children impacted by the war here. They play no role in this war yet carry the heaviest burden. These programmes are crucial to making sure when they are injured, they can access lifesaving medical assistance and psychosocial support to recover,” says Amal Alshalaly, Child Protection Officer with UNICEF in Yemen.

The assistance provided to these children, whose lives have been ripped apart by conflict, is made possible from vital support provided by UNICEF France, and the Government of France. Their ongoing partnership is essential in returning some semblance of normalcy to these children and helping them begin to think about a future. 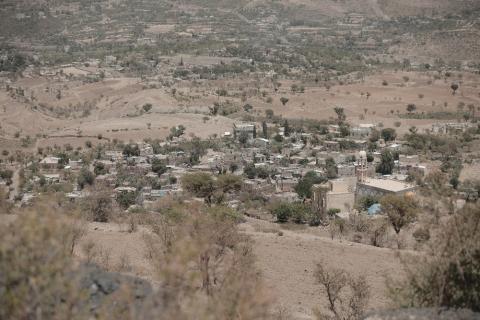 SOLAR POWER BRINGS SUSTAINABLE WATER AND A CHANCE TO LEARN
As COVID-19 pandemic continues to unfold, Clean water supplies is essential for families in Yemen
Read the story 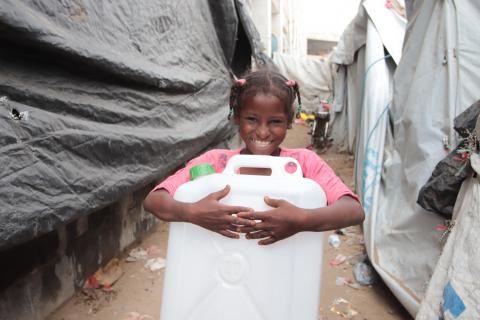 Water: The essential lifeline
As the COVID-19 pandemic unfolds across the country, access to clean water is as important as ever for ensuring families can protect their health
Read the story