Yemen is currently one of the worst countries for a child to live in. The statistics for children in need are staggering. But these are not just numbers but children with names, faces, families, friends, stories, shattered dreams and lives cut short.

Nearly four years of conflict in Yemen have brought untold suffering to millions of children in Yemen. Thousands have been killed or maimed in a war not of their making and the combined risk of conflict, disease and malnutrition is a daily reality these children. Those who survive will live with the scars of conflict.

The war in Yemen has decimated vital infrastructure on which adults and children alike depend for services: less than half of the country’s health facilities are functional; water and sanitation services are limited and the schooling of millions of children hangs in the balance.

Moreover, the people of Yemen are facing an enormous humanitarian catastrophe compounded by violence, currency depreciation, the obstruction of essential commodities by import, non-payment of salaries for civil servants and the collapse of basic social services.

The situation for children in Yemen is extremely dire. What was a bad situation has become worse. Years of under development, poor governance, deep poverty, lack of basic infrastructure and economic stagnation have made Yemen one of the worst places to be a child.

UNICEF has been providing support across many fields, including health, nutrition, water and sanitation, education and child protection. In the last two years, UNICEF has expanded its programmes in Yemen in both scale and scope to become one of the biggest UNICEF programmes in the world in response to the increasing needs of the population in the country in general, and children and mothers in particular. Thanks to donors and our partners across Yemen, we have been able to provide support to millions of children.

This booklet gives you a summary of UNICEF programmes in Yemen in 2017 and 2018, and stories of some of the children and adults our teams and partners support in the country.

You will see a story of a family that benefited from UNICEF’s response to one of the world’s largest suspected cholera outbreaks; a child who was treated for severe acute malnutrition; a father of six children who received support to provide for their basic needs; and a girl who went back to school thanks to UNICEF support.

These stories inspire hope. And through the continued work of UNICEF and its partners, we can help deliver that hope. 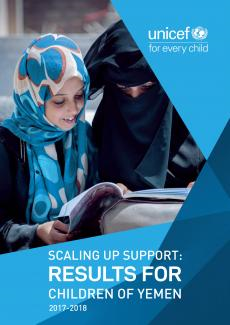 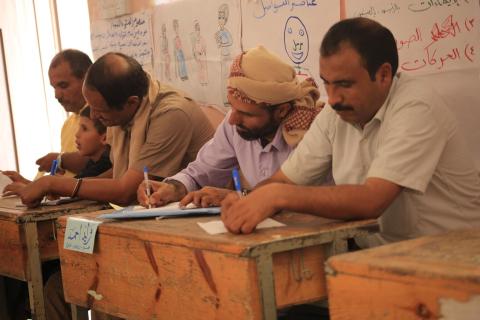 By the end of July 2022, UNICEF had trained 70 facilitators during three sessions on life skills 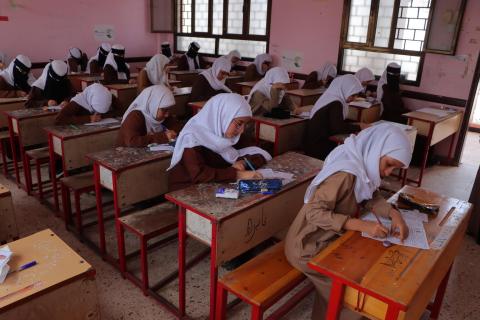 National Exams: Paving the Way to The Future

Over 85,000 Grade 12 students in 856 exams centers sat the National Exams administered by the Ministry of Education in Aden in 2022