On World Children's Day 2019, countries around the world are partnering with young people to advance children's rights.

Meet the newest UNICEF Youth Ambassadors and Advocates: global stars and leaders in entertainment, government, sport and business who are rallying for children in support of their rights. 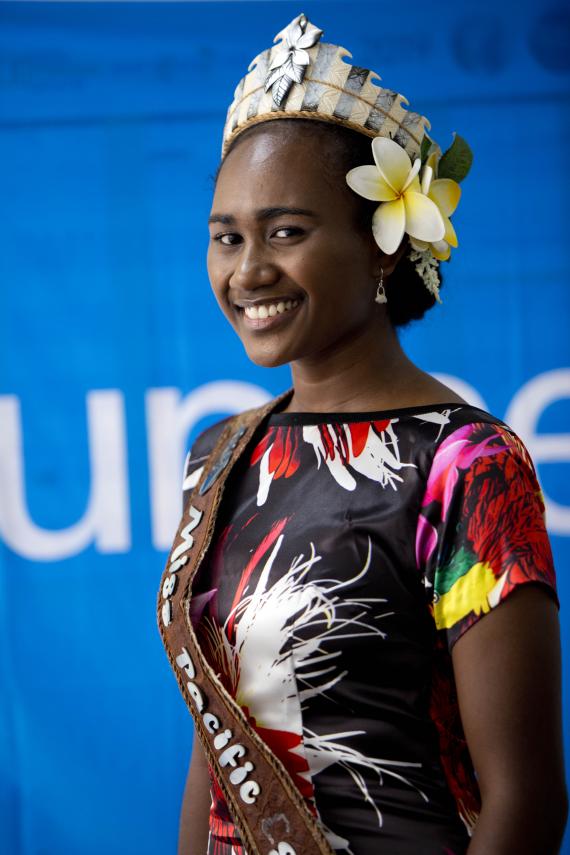 Leoshina is passionate about empowering youth and women and is outspoken on the issue of gender equality. She believes that quality education is vital to drive Papua New Guinea’s development and also foster unity and peace. In April 2019, she represented Papua New Guinea at the Economic and Social Council (ECOSOC) Youth Forum in New York, where she participated in discussions about Sustainable Development Goal 4: Education.

With a large social media following, Leoshina is a positive role model to her peers and has used this platform to advocate for and promote development topics, including taboo subjects like menstrual hygiene management. “Our youth is vibrant and capable of making a positive impact on the development in our country. Change starts with one person and goal willing to take that first step towards action,” she says.

Read her interview on UNICEF's Voices of Youth 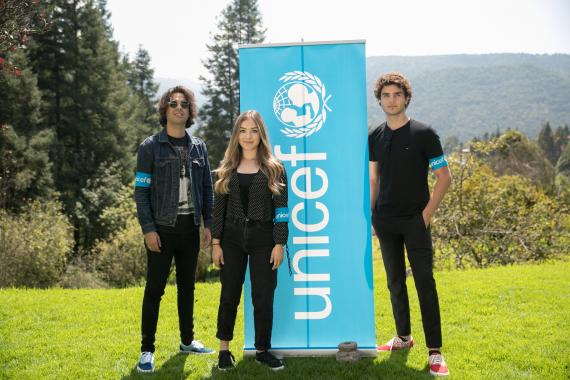 They started their career back in 2011 with the release of their cover of 'Rolling in the Deep' on YouTube. The release of the song was a huge success and reached number one on the Mexican Top 100 Chart.

Angie, Abe and Gus were born in Mexicali, Mexico, a city on the border with the United States. Following the arrival of migrant caravans from Central America in November 2018, they started working with UNICEF Mexico by disseminating messages to prevent discrimination against migrant children and adolescents, as part of the #AChildIsAChild initiative.

Given the high levels of violence in some areas of Mexico, V-Sounds are also committed to supporting UNICEF’s efforts to end violence by advocating through their social networks and songs. They recently composed a song called “Natalia” which talks about a young girl facing violence from her boyfriend. 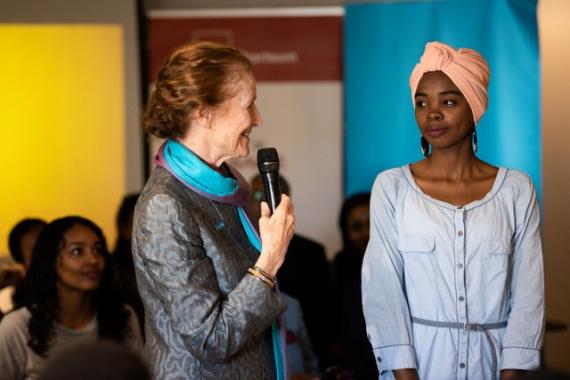 Manara Asad is an entrepreneur and activist from Sudan’s North Darfur state. In April 2019, Manara was announced as one of five winners of the global Generation Unlimited Youth Challenge, which ensures young people are equipped with important skills to live up to their potential. Her team’s project Muntajatna is focused on supporting and empowering internally displaced persons living in camps through locally produced handicrafts.

In 2003, Manara and her family fled their home due to conflict in Darfur. She is now travelling the world representing Sudan in events including the Second Pan-African Youth Conference in Ethiopia, Nasser leadership Fellowship for African Youth in Cairo, Youth Connekt Africa summit in Rwanda, and the Seventh Euro-Arab Youth Forum: Dialogue on Peace and Security in Budapest.

Since her announcement as UNICEF Sudan’s Youth Activist in October 2019, Manara has devoted herself to promoting the rights of children and young people, especially girls. She is passionate about raising awareness on human rights, climate change and education. “Empowering youth is important. When we invest in young people, we are saving and ensuring a better future for the next generations to come,” she says.

Read her interview on UNICEF's Voices of Youth 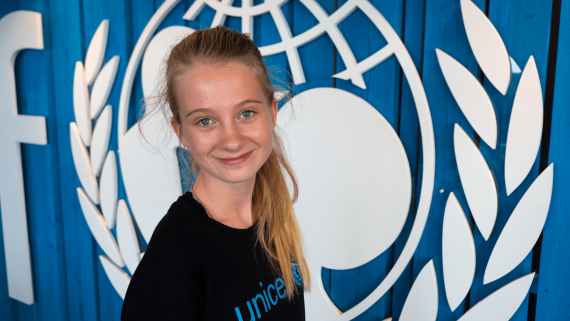 Penelope Lea is the first climate and environmental activist ever elected as a UNICEF Norway Ambassador.

At the age of 11, Penelope was elected to the Board of Environmental Agents in Oslo, and chaired the Children’s Climate Panel. She has held appeals in several major arenas such as the UN climate negotiations in Bonn, Germany, and during Arendalsuka, the largest political gathering in Norway.

As a UNICEF Norway Ambassador, she will be focusing on empowering children to speak out on the topic of climate change as one of the most important causes for their futures.

“The climate fight is a struggle for children’s rights, security and children’s future. All the basics we need to live. UNICEF works for children all over the world, and I am incredibly happy to work with them,” Penelope says. 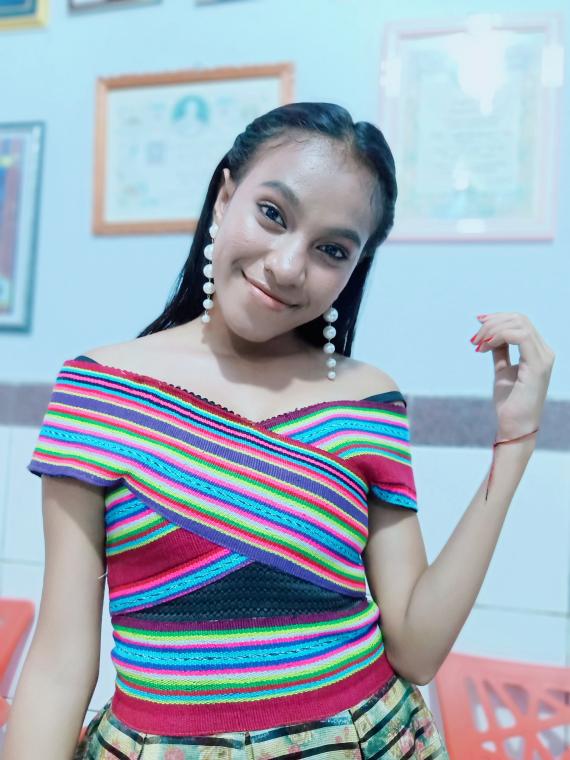 UNICEF Timor-Leste’s Youth Advocate, Maria Vitória da Costa Borges, popularly known as Marvi, is one of Timor-Leste’s top singers nationally and globally. She has always loved singing, and in 2006 took part in a talent competition organized by UNICEF for thousands of Timorese who were living in displacement camps during a political crisis.

Marvi was appointed a UNICEF Timor-Leste Youth Advocate in 2019 and has since been an advocate for children and youth. In September 2019, she spoke at a national conference on health for adolescents, advocating for child rights, quality education and youth empowerment.

“I come from a background of a family struggling to make ends meet and being displaced. I know how it feels to have rights denied. I also know how it is to have a dream and succeed in achieving that dream. I want all children, adolescents and youth of my country to be able to enjoy their rights, and to be able to follow and achieve their dreams,” she says. 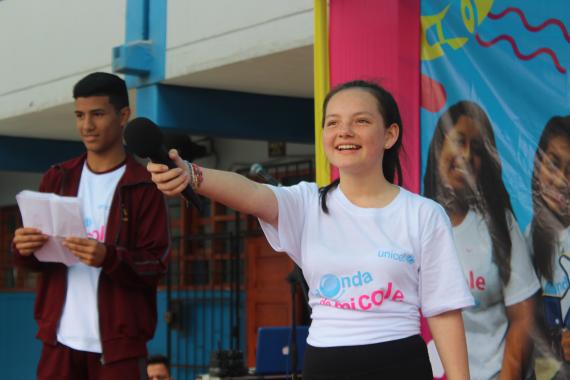 Francisca Aronsson is a Swedish-Peruvian actress and advocate. She started acting and modeling at the age of 8, appearing in theatre, television and cinema.

Like all young people, Francisca has many dreams, and one of them is to live in a Peru where all girls have the opportunity to live up to their full potential, and where no more girls have to take care of other children because they became mothers at an early age.

Through her social networks, Francisca advocates for the rights of children and adolescents, and seeks to inspire her more than 750,000 followers to pursue their dreams, using the hashtag #EmbraceYourDreams.

In June 2019, UNICEF invited Francisca to be a spokesperson for the initiative La Onda de Mi Cole (“The Vibe of My School”). The programme brought together adolescents to learn about their rights and to speak out on issues such as teenage pregnancy, violence in schools, the environment, good use of social media and good treatment in schools. To mark the 30th anniversary of the Convention on the Rights of the Child, Francisca was named a national UNICEF Ambassador, along with young Peruvian actor Júnior Javier Béjar Roca. 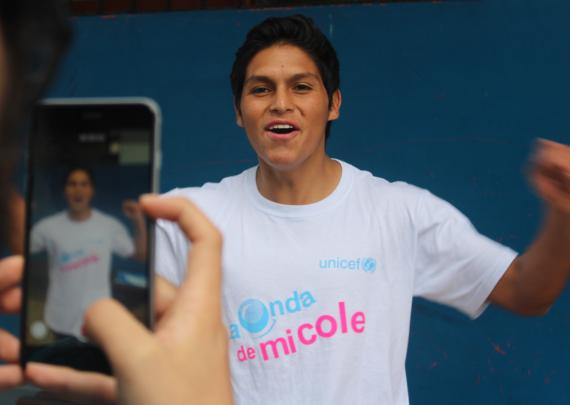 Júnior Javier Béjar Roca was born on 3 November 1999 in Los Morochucos, a small town in the Peruvian Andes.

At age 15, Júnior starred in Álvaro Delgado-Aparicio's film Retablo, one of the most awarded Peruvian films of the last decade. The film was the official selection for Peru in the 2020 Goya Awards and the Academy Awards.

In June 2019, UNICEF invited Júnior to be a spokesperson for the initiative La Onda de Mi Cole (“The Vibe of My School”). The programme brought together adolescents to learn about their rights and to  speak out on issues such as teenage pregnancy, violence in schools, the environment, good use of social media and good treatment in schools. To mark the 30th anniversary of the Convention on the Rights of the Child, Júnior was named a national UNICEF Ambassador, along with young actress Francisca Aronsson.

Júnior’s message is: ""Take risks! Dive into the water. If you don't take risks, nothing may happen. But, if you take risks, things will happen. And, who knows, maybe you’ll find a world of opportunities that - like me - you didn't imagine. Don't be afraid of failure, just be sure to put your heart and soul into it.” 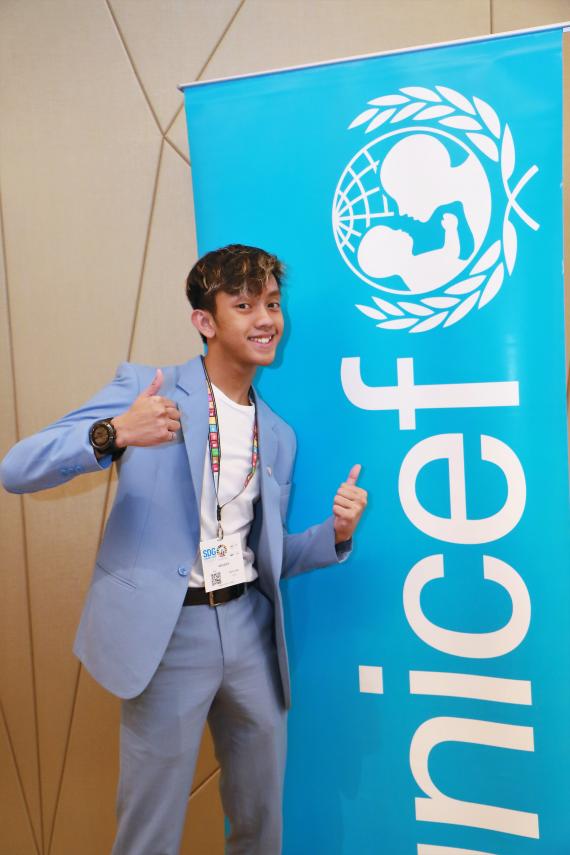 UNICEF Malaysia Youth Advocate Ismail Izzani is a singer and songwriter who rose to fame at the age of 17 when his first single, 'Sabar', went viral on YouTube. He is keen to use his large following to raise awareness on mental health issues affecting teenagers in Malaysia. 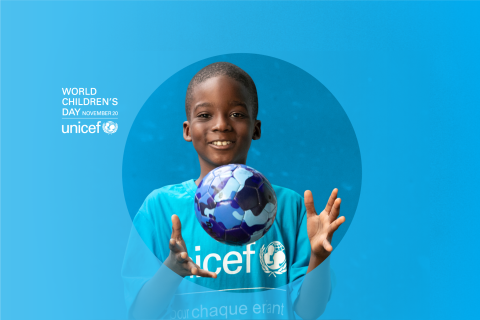 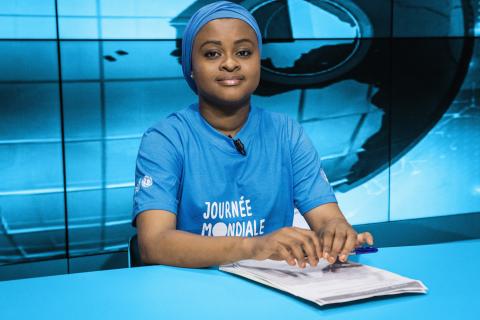 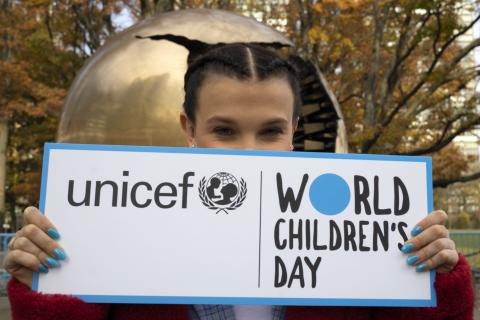