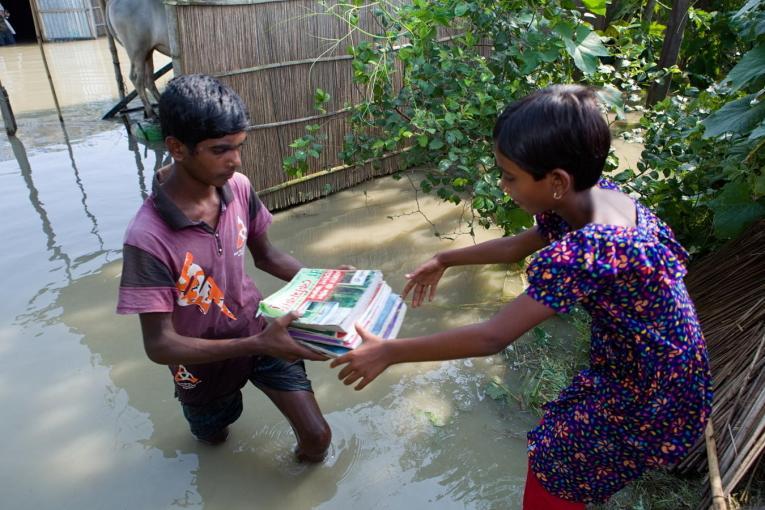 UNICEF/UNI254239/Kiron
Children transporting books during floods in Bangladesh in 2019.

NEW YORK/ LONDON/ GENEVA, 19 February. No single country is adequately protecting children’s health, their environment and their futures, finds a landmark report released today by a Commission of over 40 child and adolescent health experts from around the world. The Commission was convened by the World Health Organization (WHO), UNICEF and The Lancet.

The report includes a new global index of 180 countries, comparing performance on child flourishing, including measures of child survival and well-being, such as health, education, and nutrition; sustainability, with a proxy for greenhouse gas emissions, and equity, or income gaps. [Interactive Index] [1]