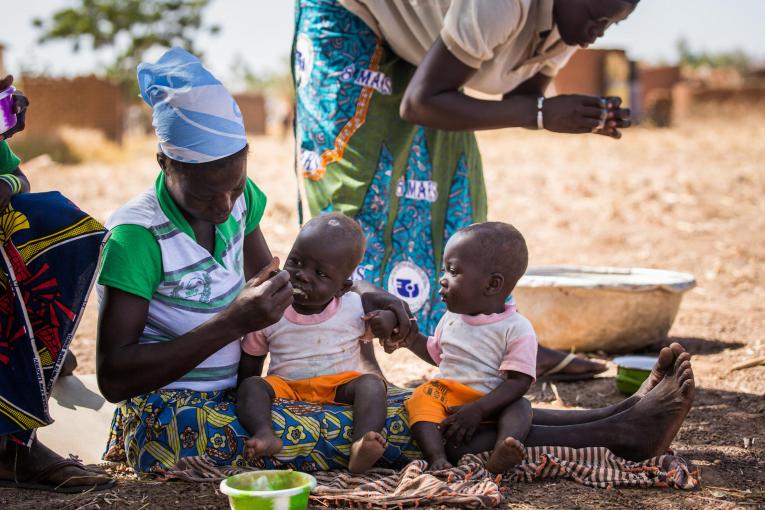 DAKAR, 03 February 2020 - The number of people facing a critical lack of food and vital livelihood opportunities in the Central Sahel has spiked in one year due to rising insecurity and climatic shocks. The situation may further deteriorate unless the international community acts now, three United Nations agencies warned today.

The unprecedented escalation of humanitarian needs in the Central Sahel is a major factor for the alarming situation that the overall West Africa region is facing in 2020, where the number of people at risk of food insecurity could rise up to a total 14.4 million, a level that has not been reached since 2012.

Of biggest concern are the Central Sahelian countries of Burkina Faso, Mali, and Niger, where conflict and its impacts on communities have become the main cause of food insecurity. The three countries are experiencing a rise in the number of security incidents, including attacks by armed groups and community conflicts that frequently lead to population movements.

In Burkina Faso in particular, the situation is alarming. The number of internally displaced people (IDPs) is now six times higher than it was in January 2019, going from 90,000 to 560,033 in December 2019. This shows how quickly and massively the situation deteriorated during in 2019.

“We are seeing a staggering rise in hunger in the central Sahel. The number of food insecure people has doubled after harvest time, when it should have dropped. Unless we act now, a whole generation are at risk,” said Chris Nikoi, Regional Director for WFP in West and Central Africa.

Climate change is disrupting already fragile livelihoods. There are already early departures of transhumance herds. This situation is exacerbated by armed and community conflicts, theft, and banditry, which disrupt the mobility of animal herds, access to fodder and water resources. It also leads to a concentration of animals in some more secure areas, with the risk of aggravating farmer-pastoralist conflicts.

Overall, the increasing vulnerability of rural populations, insecurity and conflict over resources, are disrupting social cohesion amongst communities, leading to a longer-term worsening of the crisis in the Sahel. Therefore, immediate assistance to respond to urgent needs must be coupled with substantial investments in rural livelihoods and social services, in order to reinforce social cohesion and provide the foundations for peace in the region.

“Unless we address these crises from their roots, millions of vulnerable pastoralists and agro-pastoralists will continue requiring urgent assistance each year, as it was  in 2019 and as it will be in 2020,” said Robert Guei, FAO Sub-regional Coordinator for West Africa, adding that the Global Network against Food Crises provides framework for that support.

Thanks to collective efforts in providing essential preventive and curative services, the results of the 2019 national nutrition surveys in the Sahel do not show an immediate decline in children's nutritional status. However, the situation remains fragile with rate of global acute malnutrition that are still above or close to the WHO "serious threshold" in Niger (10.9%), and Mali (9.4%). The situation is particularly worrying in Northern Burkina Faso where widespread insecurity is significantly hindering the prevention and treatment of acute malnutrition among mothers and young children. Rapid nutrition assessments conducted in municipalities with high numbers of internally displaced people show a sharp deterioration of the nutritional status among children under five. More in-depth analysis involving both institutional and operational partners is ongoing to identify the most at-risk areas.

Household food insecurity, compounded by population displacement, limited access to health services and safe drinking water, as well as poor knowledge on optimal child feeding practices will have a serious impact on the nutritional status of young children, and on the capacities of communities to bounce back, if nothing is done now to protect the nutritional status of young children and prevent life-threatening acute malnutrition. Integrated approaches for the prevention and care of acute malnutrition must be implemented at scale immediately in the most affected areas.

“The conflict in the Central Sahel is a cascading crisis sweeping across the region, putting a whole generation of children at risk. Hundreds of thousands of children are deprived of education, vulnerable to exploitation and at risk of malnutrition.  Children and young people continue to pay the highest price for a crisis not of their making. We need to act now with partners to avert a tragedy”, said Marie-Pierre Poirier, Regional Director for UNICEF.

ABOUT FAO
The Food and Agriculture Organization (FAO) is a specialized agency of the United Nations that leads international efforts to defeat hunger. Its goal is to achieve food security for all and make sure that people have regular access to enough high-quality food to lead active, healthy lives. With over 194 member states, FAO works in over 130 countries worldwide.

ABOUT WFP
The United Nations World Food Programme is the world’s largest humanitarian organization, saving lives in emergencies, building prosperity and supporting a sustainable future for people recovering from conflict, disasters and the impact of climate change. 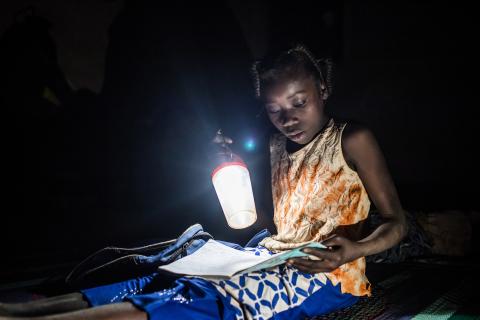 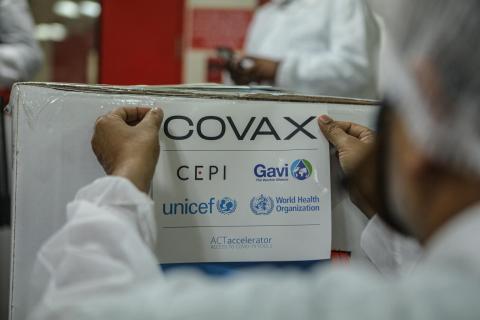 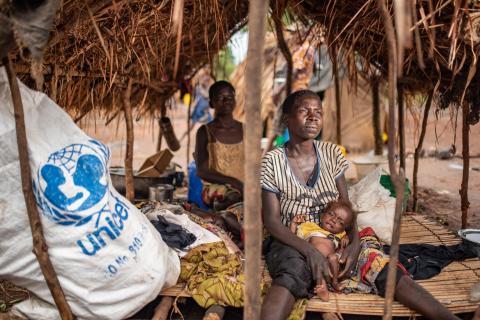