More than 80,000 children returned from Angola to DR Congo in urgent need of humanitarian assistance - UNICEF 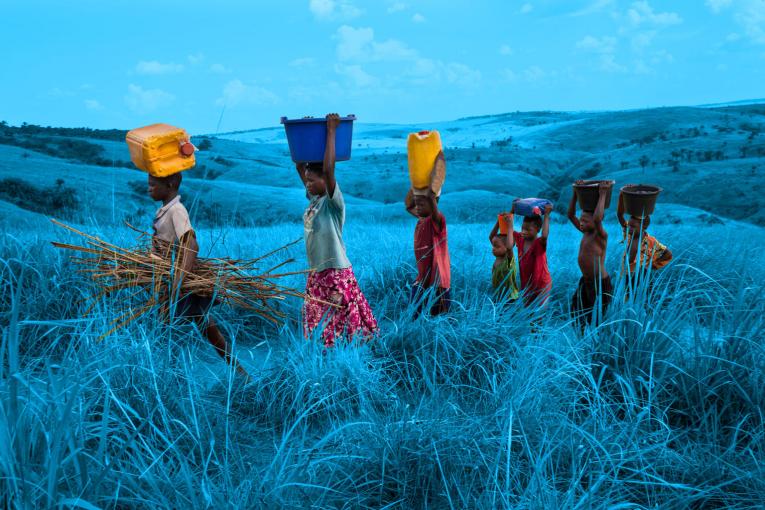 KINSHASA/DAKAR/NEW YORK/GENEVA, October 30, 2018 – At least 80,000 children recently returned from Angola to the Democratic Republic of the Congo (DRC) are now in need of humanitarian assistance, UNICEF said today. More than 300,000 Congolese citizens have returned from Angola since 1 October, raising concerns among humanitarian partners of another crisis for a country already dealing with multiple conflicts.

"Thousands of children are walking long distances, exposed to inclement weather, hunger, insecurity and the risk of violence,” said Gianfranco Rotigliano, UNICEF Representative in the DRC. “They have limited access to safe water and health care, and are being deprived of education. We are very worried about their situation and that of their families.”

Making matters worse for returning children and families, the price of basic food staples has risen sharply in some areas, raising fears of an increase in cases of malnutrition among children.

The arrival of returnees in recent weeks has occurred mostly in the Province of Kasai, although some children and families have returned to neighboring provinces, including Kasai Central and Kwango.

At the various border points with Angola, the national migration services are overwhelmed by the large number of people returning to the DRC, many of whom remain concentrated in small border towns. Authorities fear the resurgence of epidemics, given the close proximity in which the returned population currently lives.

UNICEF and its partners conducted an assessment of the humanitarian needs in Kamako, Kasai Province, where most of the returnees are located, and is preparing to support returning children and their families through:

To help returnee children and their families, UNICEF has appealed for US $3 million to fund its immediate response over the coming weeks. An additional US $6 million will be needed to support the resettlement of returned populations to their home or host areas.