UNICEF warns large-scale population displacement leaves children at heightened risk of grave child rights violations, including recruitment and use of children by armed forces and groups

BANGUI, 27 April 2021 – An estimated 738,000 people, half of whom are children, are now internally displaced across the Central African Republic (CAR) as a result of ongoing violence and insecurity. This is the highest level of child displacement in the country since 2014, and UNICEF is warning of the mounting risks for children, including exposure to sexual and physical violence, recruitment and use by armed forces and groups, increasing rates of malnutrition and limited access to essential services. UNICEF is also concerned about the impact of recent displacements on host communities, who were already extremely fragile due to years of conflict and instability.

According to the latest estimates, at least 168,000 children had no choice but to flee their homes due to widespread violence in the run-up to and following general elections last December. Around 70,000 of them have not been able to return. Their situation – and that of other children who were already displaced – remains extremely worrying, as many have been separated from their families and are at greater risk of child rights violations such as being abducted, threatened or forced to join armed forces and groups.

Recruitment and use of children by armed forces and groups remains the most frequent grave child rights’ violation in CAR; accounting for 584 out of a total of 792 cases of confirmed grave violations documented in 2020. UNICEF has received unverified reports indicating that child recruitment and use has continued over the first four months of 2021. Violence and insecurity have prevented the verification of some reported violations.

“We are extremely concerned about the fate of the thousands of children who, after seeing their lives turned upside down by conflict and violence, may now experience the additional trauma of being forced to join and live among armed actors, to engage in combat, putting both themselves and the lives of others at extreme risk,” said UNICEF Representative in CAR, Mr. Fran Equiza. “These frightening events can leave an indelible mark on children's and families’ lives and are an unacceptable violation of their fundamental rights.”

Despite significant challenges, including attacks against humanitarian workers, UNICEF continues to strengthen its child protection activities across the country. These efforts include the deployment of mobile child protection teams who can reach vulnerable children, including those located in remote areas. UNICEF and its partners are also working to provide children with mental health and psychosocial activities through child friendly spaces and other community-based interventions.

As part of the longer-term process of reintegration to their families and in their communities, children formerly associated with armed forces and groups are benefitting from specialized programmes that allow them to go back to school or receive vocational training.

Since 2014, UNICEF and its partners have contributed to the release of more than 15,500 children – 30 per cent of whom are girls – from armed forces and groups. Approximately one in five of these children, however, has not yet been enrolled in reintegration programmes, mainly due to funding constraints.

UNICEF’s emergency child protection efforts also remain critically underfunded. In 2020, less than 50 per cent of the interventions were funded directly impacting the wellbeing of thousands of children. In 2021, the organisation is seeking US $8.2 million to scale up its activities in support of children and women affected by violence, exploitation, and abuse. These include the reintegration of 2,000 children released from armed forces and groups to their families and communities, as well as the provision of alternative family-based services for unaccompanied or separated children. As of today, only 26 per cent of these activities are funded.

“UNICEF will continue to be on the frontlines of the response, working to protect children from grave rights violations, but we cannot do this alone,” added Equiza. “To keep children out of harm’s way and help them build the future they deserve, we need the collaboration of all. We renew our call to all parties to the conflict and groups to facilitate the immediate release of all children in their ranks and to protect every civilian, especially children and women from violence, in line with their obligations under international humanitarian and human rights law.” 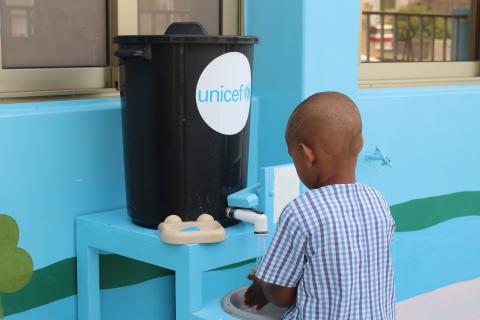 In Cape Verde, children and adolescents are #1 priority

More than a year since the the COVID-19 crisis, the pandemic continues to have a strong impact on the safety and well-being of children

Investing in climate-resilient water and sanitation in Africa cannot wait 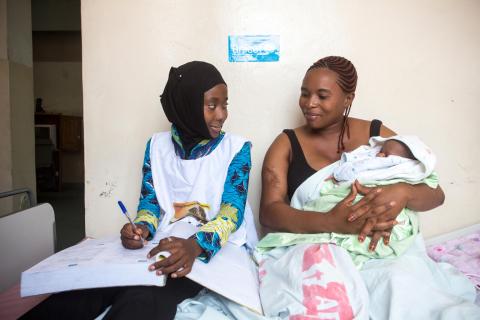 The “No Name Campaign”: a game-changer in ensuring all African children acquire their legal identity 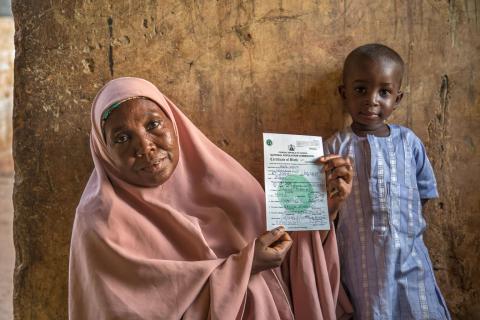 Call to action for free and universal birth registration

On the first anniversary of the No Name Campaign, the African Union and UNICEF call on Governments across Africa to take concrete and urgent action