More than 1,000 families in the area that was caught in the forest fires have been left without electricity and gas, most of the residents have no access to drinking water.

When the village of Smolianynove in the conflict-affected eastern Ukraine was struck by wildfire, the first people Vira thought about were two of her grandchildren. “The children needed to be rescued from the house,” says the woman, standing outside in the village, where there is a smell of burning and smoke swirls in the air.

Three days of wildfire that started on 6 July near Severodonetsk, a city in the conflict-affected Luhansk region, destroyed several thousand hectares of forest and left dozens of families without shelter.

Amid hot and windy conditions a wall of fire consumed coniferous forests and reached houses in several villages in Luhansk region. At least five people have died because of the fires, and the total number of victims is not yet known. Twenty-five people were hospitalized with burns, of whom 16 were children.

I have two grandsons. They were in the house when everything started to burn.

Vira parses the smouldering charred remnants of her family’s belongings near the house, trying to estimate the damage caused by the fire. The woman remembers how the fire spread from the pines across the road from the village to her neighbours' garden and house.

“I have two grandsons. They were in the house when everything started to burn. The younger boy, who is 11, was extremely scared. He started throwing a tantrum. I could not get him to run. The older one, 14, did not cry, but he was also very scared,” recalls Vira, whose house was partially burnt down.

The woman rescued the children from the fire herself. She carried her younger grandson from the burning house and then took the older one by his hand and led him out as well.

“It was terrifying. The emergency responders had not arrived yet. The fire was around. Trees were burning. Ashes were flying. I took the boys to the garden,” says the pensioner.

Her face is tear-stained; her hands are covered with soot. The woman had been helping the neighbours extinguish fires for two days. The only thing that comforts Vira a little is that both her grandchildren are now safe. “Their parents took them, they don’t need to be here,” she says.

Local authorities in Luhansk region consider the forest fires a regional level natural emergency. Abnormal heat of 40 degrees Celsius, which has persisted for several days in the east of Ukraine, contributed to the spread of the fire.

The difficult fire hazard situation here is further aggravated by its proximity to the ‘contact line’,  which  divides government- from non-government-controlled areas,  and where fighting is still the most  severe. The village of Smolianynove, where dozens of houses became piles of ash, is only 20 kilometres away from military positions. “If it was only the day before yesterday, when the forest was flaring up, they would have used the aircraft to combat the fire, this would not have happened. But we have a front line nearby. It’s complicated. I'm very sorry for the people. Five people died, you can never get them back again,” says a resident of the village Serhii.

We had been pumping water all night and carrying it in buckets to extinguish flames in neighbouring houses. We evacuated the child immediately.

Evacuation of children is a priority

Families in Smolianynove, who have been living in the zone of armed conflict in eastern Ukraine for nearly seven years, are used to difficulties. However, the last few days have been tragically painful for them. “We have shootings nearby, we have quarantine, and now also this. There was a wall of fire here yesterday,” says a barefoot man who is taking apart the rubble of his house. His shoes burned in the fire along with other belongings.

The house of his neighbour Valentyna miraculously remained unharmed. Now the woman, along with her 8-year-old grandson Mykyta, is helping the neighbours to sort things out. The face mask that the boy had previously worn as part of the COVID-19 response is now protecting him from ashes and fire.

“Yesterday, I saw how the grass began to burn near our house,” says 8-year-old Mykyta. When it became dangerous, Valentyna sent her grandson and son to a neighbouring city. But today the child came back with his parents to help his grandparents.

“We had been pumping water all night and carrying it in buckets to extinguish flames in neighbouring houses. We evacuated the child immediately. We did not want him to look at it. There was so much smoke and fire. We were so tormented and nervous,” says the woman, hugging her grandson.

Yesterday, 30 people were evacuated from the affected villages, including 13 children, and another 30 were resettled.

Water as the first necessity

More than 1,000 families in the area that was caught in the forest fires have been left without electricity and gas, most of the residents have no access to drinking water.

The water here has become the main hope of recent days — conserving water, which helped the State Emergency Service employees to put out the fire, the long-awaited rain and drinking water from humanitarian missions.

At the request of the State Emergency Service in Luhansk region, UNICEF provided 4,800 litres of bottled drinking water. This assistance will cover the need for drinking water for 700 people affected by the fire for several days.

In early July, in partnership with IDS Borjomi Ukraine, UNICEF delivered 200,000 litres of bottled drinking water to Luhansk and Donetsk regions. This was a response to the challenges of the COVID-19 epidemic. Some of the water was transferred to medical facilities in the region, and the rest was left as an emergency stock. Today, some of this reserve was provided to people who ended up in an isolated zone because of the fire.

“The people were left with nothing. You cannot survive here without help,” says Vira from Smolianynovo, wiping soot from her face.

Donate now to support UNICEF for helping children in Ukraine: 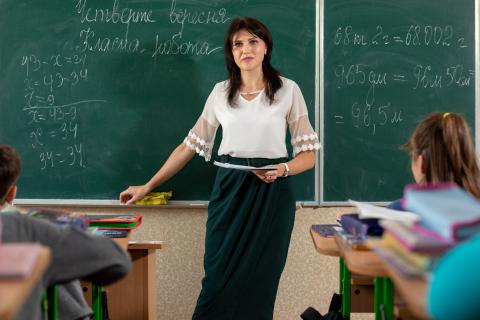 Champions for children: teaching despite pandemics and shell

UNICEF calls for words of thanks and support for Ukrainian teachers, who are doing their utmost to ensure that every child can learn 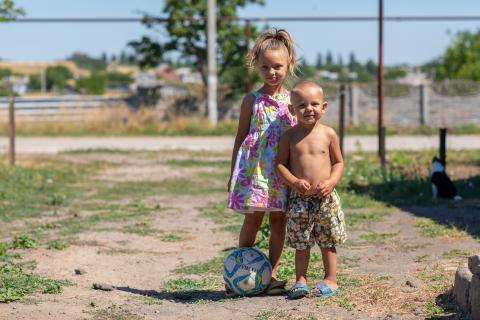 Families on the contact line: help for children is crucial 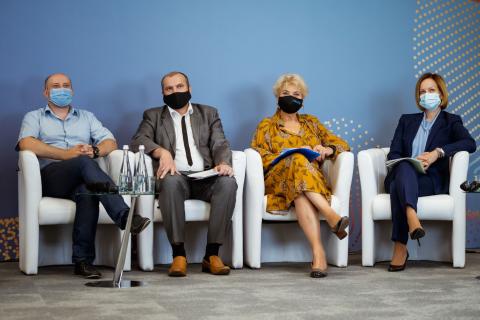 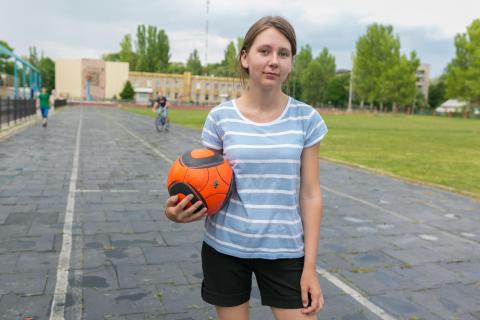 Tips for your family on how to safely enjoy spending time outdoors.