When 17-year-old Viktoria fled her home in Rubizhne with her family, there was only enough time to grab the essentials. Her most treasured item – a teddy bear she has loved since she was four – was left to stare out at the devastation wreaked by rockets and gunfire.

“The bear was left sitting on a wardrobe, so if the house miraculously remains intact, I will see him again one day,” she says, sadly.

Home is more than just a building or a collection of things – we all have one thing that makes us feel at home. Viktoria’s is a teddy bear that she was given when she was four.

The 17-year-old always called the bear her good luck charm. In 2014, it travelled with her, as she and her family fled the war in their hometown of Luhansk. Then, years later, in their second home in Rubizhne, she would hug it while she hid behind a wardrobe from the shelling that had shattered her neighbourhood in Rubizhne, before the family were forced to flee again in March 2022.

Now, although Viktoria and her family have found safety in Lviv, she longs for her bear.

The teenager also misses her cat, who they were forced to leave behind. This year, she had been planning to study veterinary medicine at university and spent all of her free time studying biology. It paid off and she passed her mock exam with flying colours, getting the highest possible mark. But now, with the escalation of the war, all of her plans lie in tatters.

One day, she says, she hopes to open an animal shelter, where “all animals will be as happy as my cat was with me.”

“Now our second apartment stands quiet, traces of our life there suspended”

In the meantime, she suggests, it will be guarded by her teddy bear.

According to the Ministry of Education and Science, more than 2,900,000 children completed the academic year. In certain schools in 21 regions, the education process is continued via a distance or blended learning modality. Kindergartens are operating in face-to-face or blended modality in 20 regions while in other regions kindergartens are closed.

UNICEF continues supporting digital education in Ukraine through the All-Ukrainian School Online platform. Together with partners, UNICEF is enhancing the technical and accessibility features of the online platform and developing video content for Grades 5 to11. 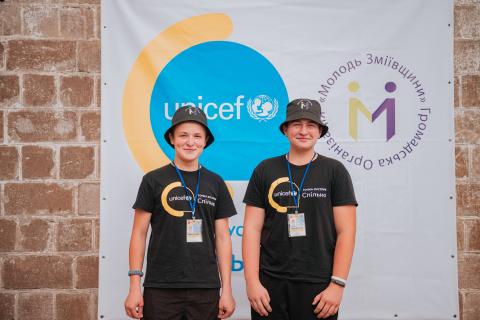 Childhood friends Yura, 16, and Vitia, 17, have been volunteering to help local and displaced children near Kharkiv. 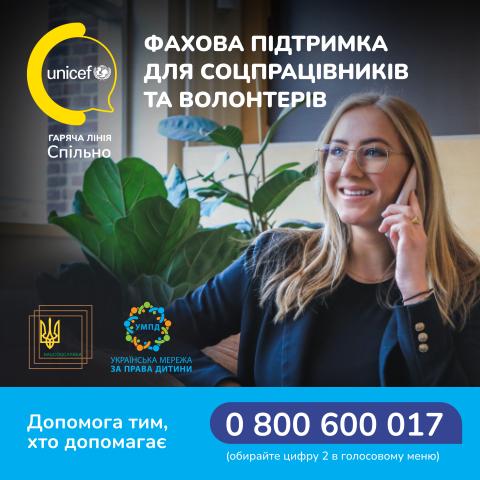 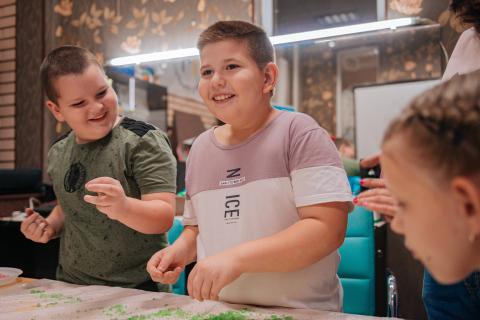 After living in a cellar for a month, nine-year-old Kyrylo is learning to find joy once more. 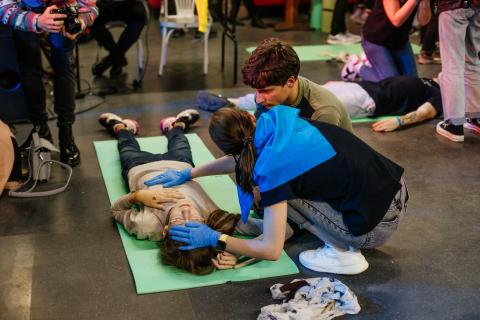 Learn how to save lives with board game

As part of UNICEF’s UPSHIFT programme, youngsters have created a medical board game, so that Ukrainians can enjoy learning how to provide first aid.