She Turns Challenges into Success Stories.

Halyna Chervona faces the same task every day. She has to help clients of the social protection centre in Bakhmut, the town in Donetsk Oblast (Eastern Ukraine) where she works, and solve their life problems. Over the past year, her approaches to work have changed dramatically.

In 2019 UNICEF launched the "SPILNO. Social services for families in communities" project with financial support from the Government of Germany and the German Development Bank (KfW). Within a year, social workers from 12 communities in Donetsk and Luhansk oblast received training on increasing the effectiveness of their work and the accessibility of their services to their clients. Halyna Chervona was one of the specialists who received opportunities to upgrade their skills as a result of the UNICEF project.

Do not solve problems for your clients, but help them cope on their own

Halyna Chervona meets us in a bright room full of toys and balloons. Usually, social workers engage with their youngest clients here. Halyna is waiting for 4-year-old Kyrylo. His mother died a year ago, and now his grandmother Iryna is dealing with paperwork to get custody of her grandson. They are facing some difficulties that Halyna is helping them to cope with as a specialist. We have some time to chat while Halyna waits for the family.

The expert admits that at first she was sceptical that she could learn something new from the training. She already had years of experience of working with hundreds of complicated families. However, it turned out that there are many additional useful techniques that she had never used before. Now she feels more "methodically savvy”.

The training helped her to find the right approach to each family:

"Families do not always open up and talk about their problems. They live their lives, and think that their ways of life are the norm".

Now she is trying to understand each case more deeply, to enable her to see the root of the problem. For example, one family was suffering from financial difficulties. It turned out that the parents in this family were boarding school graduates who simply had no understanding of how to manage their personal finances. In cases like this, social workers should explain to the family how to overcome difficulties instead of solving problems for them.

"Before I used to try to solve everything by myself: I ran there, arranged the meeting there – I took on a lot, but now I involve the family as well. As they say, "give a person a fishing rod, let her catch fish too, don't bring her ready-made fish," says Halyna.

Children who grew up in boarding schools are often not ready for life outside the school when they leave it. Many of them do not even know how to use household appliances, let alone manage personal finances. However, soon the centre where Halyna works will open a room for social adaptation, which will have a kitchen, dressing room and changing table. The project's donors, the Government of Germany and the German Development Bank (KfW) financially supported this initiative, including training of the staff.

Mission – to help Kyrylo and Slava

Halyna says that not every problem can be solved straight away. Some families have to work for up to a year. A friendly woman entered the room as we were talking there, followed by a smiling boy. It was Iryna and her little grandson.

"My name is Kyrylo. I am four," says the boy, as he shows his age with his fingers. He has a brother called Slava; he is three and a half years older. And they don't have a mother, as she died a year ago.

"My daughter lived with her partner. He was addicted to alcohol and she became addicted as well. They started drinking together," says Kyrylo's grandmother.

Later, their mother stopped taking care of Kyrylo and Slava, and after a while she was taken to the hospital. There she died unconscious.

Iryna came back from abroad, where she had been working, to take care of her daughter and grandchildren. After her daughter's death, she was confused and did not know what to do next. The children found their mother's death very hard and needed help.

Besides psychological problems, they also had bureaucratic ones. It turned out that Kyrylo did not have a birth certificate. It had been burned in a fire. Meanwhile, the boy had not attended kindergarten for a long time. Iryna had to solve all these problems as soon as possible and get custody of the children. At first, the woman tried to deal with everything by herself, but her attempts were unsuccessful. Eventually, she turned to the social services.

"I was turned away everywhere I came to renew Kyrylo's birth certificate. I approached Halyna Volodymyrivna, and we agreed that she would help with the documents. I would just have to pick them up," says Iryna.

She says that other issues were also resolved quickly with the help of the social services specialist. She did not have to wait long for the documents she needed. Kyrylo went to kindergarten again, and Slava received help from a psychologist. Now Iryna is at the final stage of guardianship registration. And the family is going back to a quiet life.

Halyna says she worked with similar families before participating in the UNICEF project. However, now she has been able to  address the family’s problems more comprehensively and effectively. Earlier her cooperation with other agencies was superficial, while now she knows precisely who and when to contact to quickly resolve a difficult situation.

Sometimes Halyna has to use psychological techniques to get the necessary information. This is something she learned during the training.

"Sometimes we have to use tricks: "I am thirsty. Can I go to the kitchen?" Then I go there and, unfortunately, I see and deal with a pile of dirty dishes and cigarette butts. If I just say, "Show me the kitchen," I may be refused," says Halyna.

Now Halyna's also uses a new technique – drawing a family tree. This activity brings family members together and helps to resolve conflicts. And it allows the social worker to dive into family history.

"I'm learning, let's say, how the father grew up. What family he was brought up in, what the atmosphere was like there. Maybe he experienced something that he now considers a norm," says Halyna.

The specialist always tries to stay calm: excessive emotions only prevent her from establishing a connection with the troubled family.

"Sometimes, when you get information about the family, you are shocked by their attitude towards children. If you get emotional about it, and go to them, then you simply will not be allowed to go in and talk to them. That's why sometimes it is necessary to start a dialogue from afar. Sometimes you can't even say that the neighbours called, because there immediately will be a conflict: "Ah - they called!" So you start looking for other ways to meet and make contact, so that they don't think you come as a threat," says Halyna.

The ability to engage in dialogue is one of the most important in her work. In most cases, an honest conversation is much more useful than tough talk.

"Vulnerable families seek good communication. One woman I worked with told me: "I stopped being afraid of you because you won't hurt me. You saw a person inside me." She is addicted to alcohol and tells me that I saw a person in her because I communicate with her in a humane way," says the social worker.

One team and a "new reputation" for social workers

The project even affected the paperwork Halyna has to do. As Larysa Stryha - an expert at the "SPILNO. Social services for families in communities" project - says, when completing the report it is crucial to take into account not only the position of the social services but also the whole family.

"Needs are assessed in collaboration with family members and the child. It is necessary to reflect the opinions of the child and the opinions of parents and, of course, ask specialists. For example, one mother is constantly asked by the kindergarten to bring her child at 8 o'clock, not at 11 o'clock, because the child misses breakfast and remains hungry. The mother gets offended and stops taking the child to kindergarten, saying: "The teachers argue with me." The specialist should reflect on the mother's position, and find out the view of the other side by asking the institution," says Larysa.

So, to keep the situation under control, Halyna began to develop closer ties with other local services. Once she learned that a woman who had to file documents to receive payments for her child had not reached the department of labour and social security. She was not in the mood for that. At the same time, she told the social workers that she did as she was asked. A call to colleagues from the social security department helped to find this out in time.

Halyna claims that now it has become easier to "keep her ears open". She completed the training with local educators, health care workers, law enforcement officers, psychologists and representatives of other agencies. All of them saw the specifics of the work of social workers. In emergencies, the collective action of this interdisciplinary team solves the problems of families much faster.

As the social service is now not only working in the town but also in the whole Bakhmut community, the heads of communities also received invitations to attend classes. Halyna and her colleagues became acquainted with them and can contact them directly.

"We have already established a relationship, we call them, and they help us. They know the families better. This is a big advantage; there were no such nuances before,"

According to her, after the training, the number of calls from teachers and health care workers increased. During the training, they realised the point of social work. That is why now they know that talking about troubles that one or another family is facing will not harm but on the contrary can help.

"You know how they used to think: If we call they will come, and problems will begin in the institution and with the children.’ They didn’t have information about us ," says Halyna.

Not to "burn out" at work

Still, working in social services is not easy. Every day Halyna has to face indifference, misunderstanding and despair. However, moments of success become more valuable.

"I want to see some positives, but we have a lot of negatives in our work. Therefore, when there is even a small positive moment, we are happy. However, it takes a long time for it to come; families do not change often," says Halyna.

The advice received during the training events helps her to cope with "professional burnout". Halyna takes a longer route to go home, through the park. During the walk, she calms down and leaves bad emotions behind. She also communicates more often with friends but does not talk about work. Instead, they like to have tea while listening to classical music.

No matter how challenging her profession is, Halyna does not plan to quit. She loves working with children and giving people hope. And now she has even more opportunities to turn difficulties into success stories. 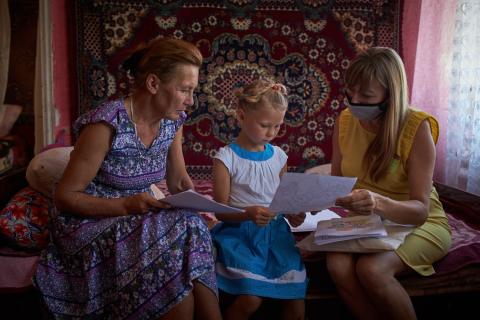 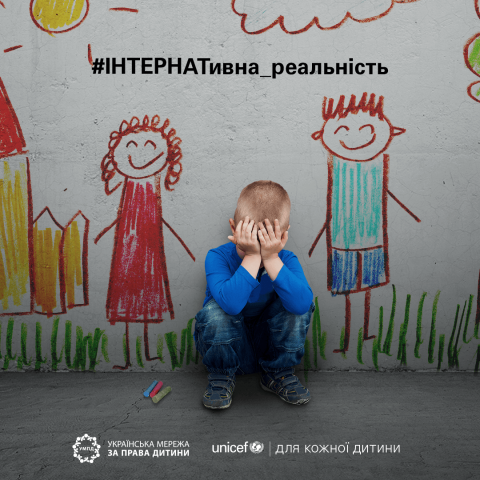 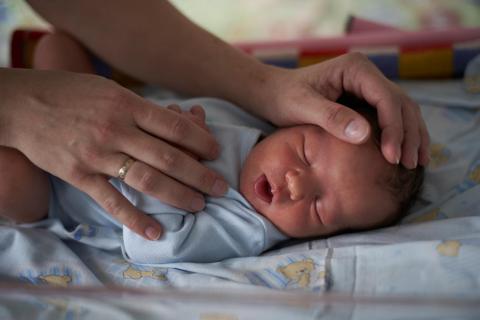 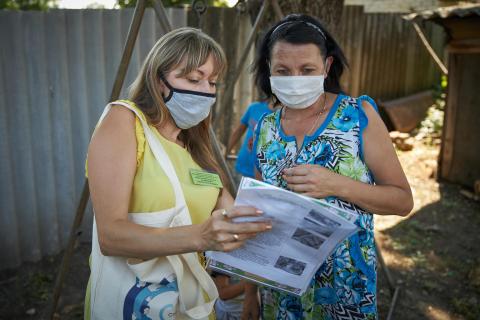 UNICEF: 64 per cent of respondents in eastern Ukraine consider it is necessary to help IDPs