Like any good hero, Andrii has his own team and an important mission – to make the air in his hometown cleaner.

Although 15-year-old Andrii Kyrkach is not very fond of comics, he looks like a superhero when he throws a long black tarpaulin over his shoulder while working on his project. Like any good hero, Andrii has his own team and an important mission – to make the air in his hometown cleaner.

“Our project is necessary to offer an alternative to people,” says Andrii, who lives in the city of Sloviansk, eastern Ukraine. “To make the air in Sloviansk cleaner.”

Last year, Andrii and his friends won the support of UPSHIFT project, which aims to empower a generation of change-makers with small grants from UNICEF and the Government of Japan.

With a grant of UAH 50,000, the team of three decided to process fallen leaves in their town in a natural way – by composting them in the earth with the help of worms. Now, the boys are not only planning to sell fertilizer, but, most importantly, clean up the air in their town.

“Instead of burning the leaves and polluting the air, people can give them to us,” says Andrii, proudly. “And we will compost them in our containers. And produce fertilizers from them.”

Although the burning of fallen leaves within the area is prohibited by law, people in Sloviansk continue to light fires every autumn, creating problems for others.

Andrii has been suffering since childhood.

“I’m allergic,” he explains. “I have swelling of the larynx and eyes tearing from the smoke.”

“In the autumn, smoke fills the town. We have smog all above the roads, we even had traffic accidents because of it. In multistory homes, people cannot open windows when the smoke comes from the inner suburbs. In addition, it negatively affects the elderly and children.”

Andrii, his brother and some of their friends arrange patrols in the city every autumn. The teenagers walk around the inner suburbs, explaining the ban to local residents and offering alternatives.

“In our town, young people are now beginning to become interested in environmental issues and start taking action,” he says, holding up a leaflet his team created as part of the UPSHIFT project. “We have volunteers who help us disseminate the information.”

Changing the town for the better

The project has become a big part of Andrii’s life, along with school studies and basketball training.

In the basement of his parents’ garage, next to shelves of canned jam, he stores sacks full of hay briquettes and almost 30 kilograms of worms, which are waiting for the spring to come.

“I have Dutch and California worms here,” he says. “Californians are more active. They process the leaves faster. Periodically, I feed them.”

After the worms have been fed, Andrii takes the bus to a small patch of land, leased by the team. There, fallen leaves are processed in ​​several deep earth mounds covered with black tarpaulin.

“In the process of leaf processing, we get worms and humus. Humus is the compost – it can be used to fertilize fields. It is cheaper than chemical fertilizers. And worms can be sold to fishermen.”

The boy has always been concerned about the environment and strives to change his town for better. Taking part in UPSHIFT has only made him more determined.

“Probably, it has something to do with my upbringing. My parents have always taught me that you can’t throw trash on the street. When I see people throwing garbage in the street, I feel like a fish out of water. I want to fix it. We want to change our town for better.”

The UPSHIFT project was created by UNICEF and supported by the Government of Japan and European Union to develop entrepreneurial skills in adolescents and young people as agents of social change. It also aims to enable adolescents to implement their own initiatives and participate in social entrepreneurship.

More than a thousand young people have already participated in the project. UPSHIFT winning teams received funding and three months of support during the incubation period. The UPSHIFT Ukraine project is considered the most visual of UNICEF Ukraine projects. In addition, the National Employment Forum has recognized the UPSHIFT project as the best programme in the area of education, employment and entrepreneurship. 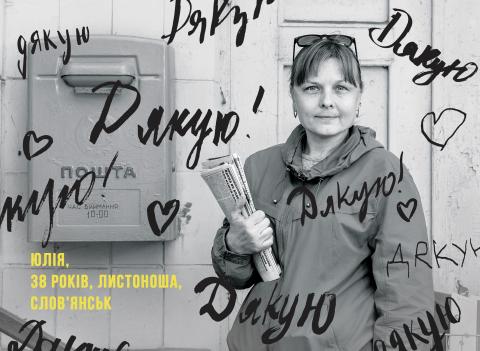 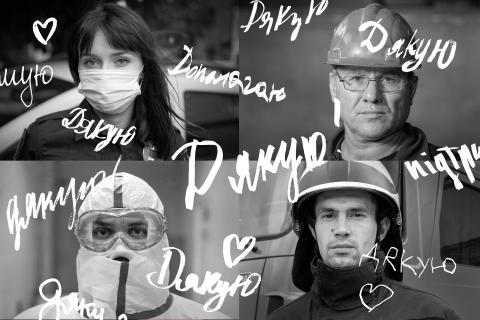 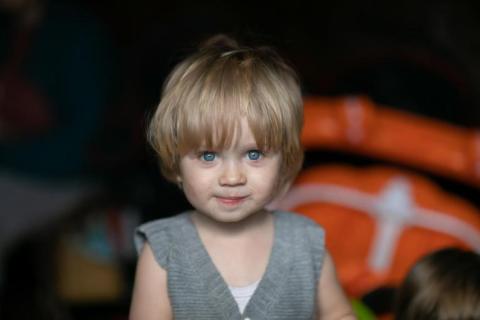 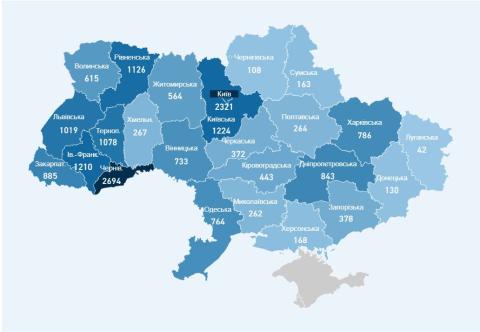