After mine explosion, young volleyball star sets sights on future

A deadly explosion almost killed him, but this Ukrainian teen is never giving up

Maxim’s volleyball medals are not just his most prized possession. They are precious memories of a game he can no longer play.

The 17-year-old won them last year in a competition, shortly before losing a hand and an eye after an incident caused by an exploded ordnance.

“I have learned to do everything by myself,” says Maxim, from his home in Zaria, a small village in conflict-torn eastern Ukraine. “Ride a bike, swim, get dressed. But I won’t be able to play volleyball anymore.”

Maxim has bright blue eyes, but the colour of his right eye is almost indistinguishable, due to a heavy glass prosthesis.

When he takes off his sports jacket to sit down, it becomes clear that he does not have a left hand. The boy does not try to hide his injuries.

“I don’t like being patronized and thinking that I am helpless,” he says.

Despite efforts to protect the rights of children affected by eastern Ukraine’s six-year long conflict, nearly half a million girls and boys like Maxim continue to face grave risks to their safety, health and well-being.

As a result, 174 children, the youngest a one-year old girl, have been injured or killed due to mines or other explosive remnants of war. Eastern Ukraine is now one of the most mine-contaminated places on earth.

Like many, Maxim still bears the physical – and psychological – scars.

His life changed in the summer of 2018 when the arms depot in his village exploded. Shrapnel rained down for several days as explosions at the depot continued. On his way into the house, Maxim picked up a piece from his garden.

“Mom was gone,” he recalls. “I sat on the couch, watched The Simpsons, and held it in my left hand. Just spinned it. And then an explosion burst out.”

“I sat on the couch, watched The Simpsons, and held it in my left hand. Just spinned it. And then an explosion burst out.”

The windows shattered and walls collapsed. Maxim remembers trying to stop the blood and call for help.

“I fell down in the corridor. And then my mom and a soldier, who lives nearby, came running. They helped stop the blood and called an ambulance.”

Maxim was rushed into surgery, where he had part of his hand amputated and shrapnel removed from his head. But his eye could not be saved.

“I have a prosthetic hand,” he explains. “It is attached to the arm with a sticker. But it’s hot with it in the summer and it squeezes my hand heavily, so I don’t use it.”

Despite his injuries, Maxim is determined to succeed. He is about to enroll in the University of Kharkiv and study to become a software developer.

He tries not to think about new robotic prostheses, which he says are unaffordable. “I didn’t even Google the cost of such a prosthesis,” he admits, sadly. “I understand that this is unrealistic money for me.”

His mother, Olena, says he inherited his strength from his father.

“I tried to help him with an eye prosthesis,” she says. “But he did not let me go. He ties his laces himself and dresses himself. He never asks for help.”

Across eastern Ukraine, UNICEF and partners provide psychosocial support, mine risk education to hundreds of thousands of children, youth and caregivers and this year introduced a small- scale mine victim assistance project, supported by the Government of Germany.

But more help is needed. In 2019, only 37 percent of UNICEF’s emergency appeal to support children and their families in eastern Ukraine is funded.

With the support of his family and friends, Maxim is stronger than ever. He has many plans for the future. But he has just one hope for Ukraine.

“I would like the war to end soon. And that good old times are back.” 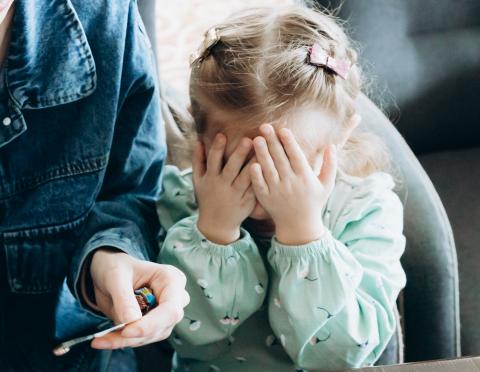 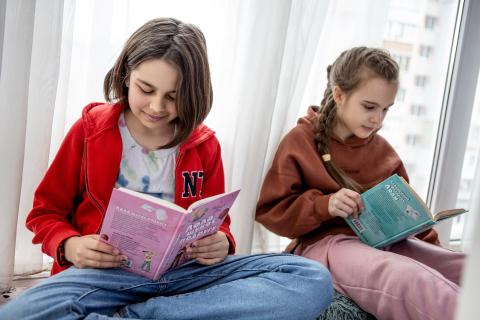 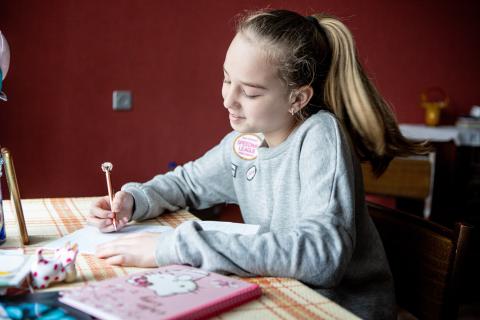