Towards greater social cohesion, integration and improved infrastructure for families in Eastern Ukraine

Family poverty remains a major barrier to equity in Ukraine, especially for children since every third household with children lives below the poverty line. Income inequalities overlap with other deprivations for children and have a clear geographic dimension, with rural areas most disadvantaged. The social-protection system currently absorbs over 31 per cent of the consolidated budget expenditures, but it is highly focused towards cash-based support rather than social services.

Eastern Ukraine remains one of the most demanding regions as people there are greatly affected by the consequences of the ongoing  conflict. The conflict has and continues to take a substantial social and economic toll on the communities that are currently hosting internally displaced people (IDPs) in eastern Ukraine. Meanwhile, the capacity of the host municipalities and especially of the services still remains limited to provide quality services to one million and a half IDPs (of whom, 231 606 are children). The key reasons for the limited coverage include the lack of comprehensive inclusive social services, limited knowledge and capacity of staff in those services, lack of human and financial resources, as well as the limited demand from the community itself.

The project “Jointly” aims to strengthen ability of local communities in eastern Ukraine to provide accessible and quality social services in a sustainable manner.

Within the project, support  will be rendered to local communities to ensure  services for vulnerable groups of population, including:

The project covers 12 amalgamated territorial communities in the east of Ukraine: 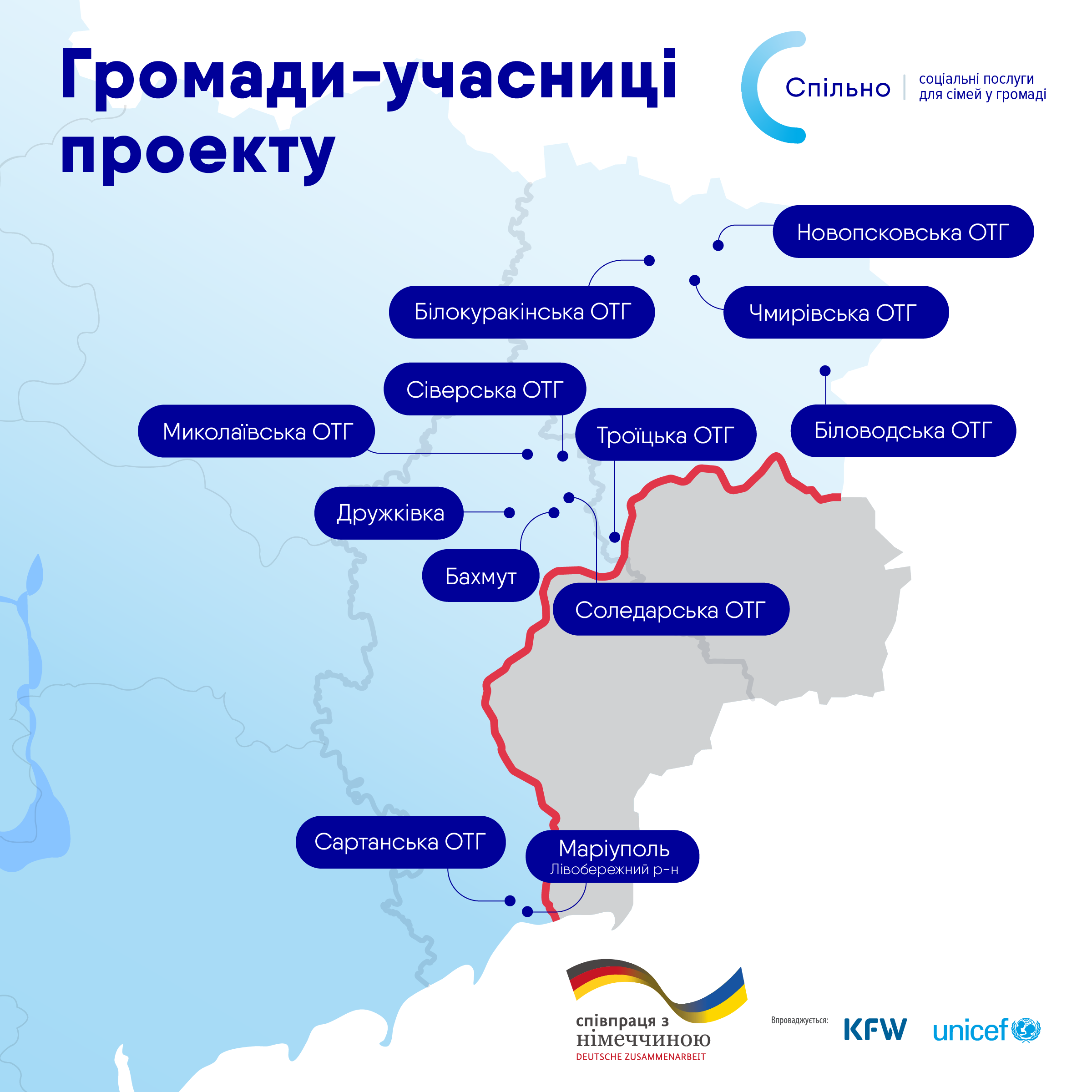 The project consists of two components

The project is being implemented by UNICEF and partners at financial support from the Government of Germany and the German Development Bank (KfW).