The old saying that “failing to prepare is preparing to fail” has been manifesting dangerously in western Uganda as floods and landslides ravage the mountainous Rwenzori sub region in recent years. This has prompted UNICEF to step in and help the affected districts learn to prepare to avert the disasters occasioned by the weather elements.

Besides climate-related issues, UNICEF has been responding to other crises in this region so prone to other disasters arising out of proximity to the Democratic Republic of Congo. These include Ebola outbreaks and frequent refugee influxes.

By policy, districts must have a District Disaster Management Committees (DDMC). However, most DDMCs have been dormant hence the efforts to awaken them as the ‘natural’ disasters become more frequent.

Flooding and landslides in the region have in fact taken on a predictable annual pattern, occurring twice a year after the rainy seasons. With the destruction of human settlements and lives becoming worse every year, UNICEF has been supporting the operationalization of the DDMCs, helping awaken them to strengthen the Emergency Preparedness Response (EPR).
Disaster Preparedness in Uganda falls under the docket of Office of the Prime Minister (OPM). With funding from the People of Japan, UNICEF has enlisted Uganda Red Cross Society (URCS) to support OPM to create capacity in the affected districts for making District Contingency Plans.

From Fort Portal city, a one-hour drive on the modern road that snakes along cliffs hanging over deep valleys in the scenic alpine setting ends in the small Bundibugyo town, headquarters of the densely populated Bundibugyo District. Red Cross and OPM teams are busy with the top district management team of departmental heads and the chiefs of all the 18 sub counties and seven town councils of Bundibugyo, unpacking modern contingency planning concepts in the local context.

In this training session, the wisdom of the saying that failing to prepare is preparing to fail becomes abundantly clear as a URCS expert leads the local leaders through the disaster planning boot camp. At the stage of identifying the hazards in their area and the disasters facing them, some leaders - mostly women - insist on listing gender-based violence at the top. Skillfully, the Red Cross trainer illustrates that while GBV is very serious and certainly must be addressed, there is a more appropriate place where planning for it can be actioned effectively. The danger in the temptation to copy and paste a contingency plan for another district was also addressed as participants were told of the mess it caused elsewhere when a manager tried to be clever by plagiarizing another district team’s plan. In the district which the URCS and OPM officials did not name, officials had done a copy and paste job of another district’s plan, to avoid the rigorous process like the one the Bundibugyo team is going through. The voluminous document, which must be scrutinized in the ministries of Local Government, Finance and OPM for approval, was caught out as tell-tale signs indicated embarrassingly inexplicable similarity of some data with the other district.

Before the five-day exercise that took place over the last week of August 2021, the sub county and town council chiefs as well as the district departmental heads were required to prepare key data which they reported with to Bundibugyo town. Their team, constituted as the DDMC led by the Acting Chief Administrative Officer and substantive Bundibugyo Town Clerk Francis Senyondo, then got down to the training that was to culminate in drafting the district’s contingency plan.

Once approved, the contingency plan becomes the official document used for budgeting, advocacy, coordination, implementation, monitoring and reporting for disaster in the district. It will then be integrated into the District Development Plan for 2021-25 and get a budget line for funding. UNICEF strongly advocated for this process and mobilized the Japanese funding because it agrees with the United Nations Office for the Coordination of Humanitarian Affairs (OCHA) on the principle that a dollar invested in preparation saves seven in response.

In the first three days, participants managed to localize concepts like the disaster cycle of preparedness, actual disaster, response, recover and mitigation. They mapped their stakeholders and identified potential ones; assessed resources and finally got down to preparing the draft on the fourth and fifth day.

Finalizing the draft, Town Clerk Senyondo expressed great optimism that they had done a good job, and could not thank UNICEF enough for the support that he says is set to increase the resilience of the communities in the disaster-prone region. 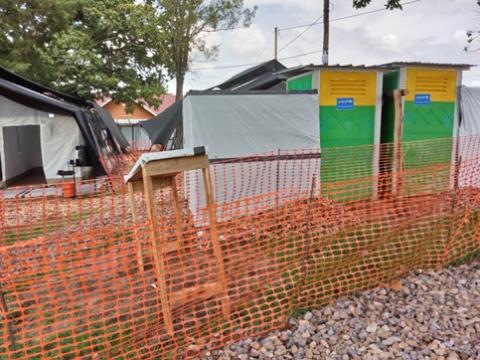 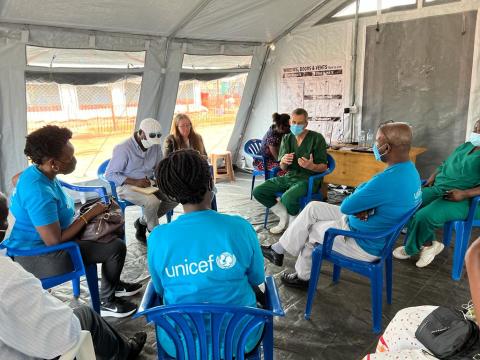 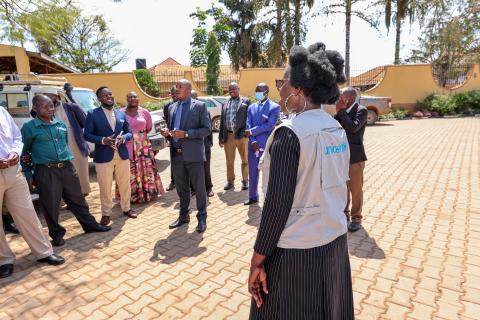 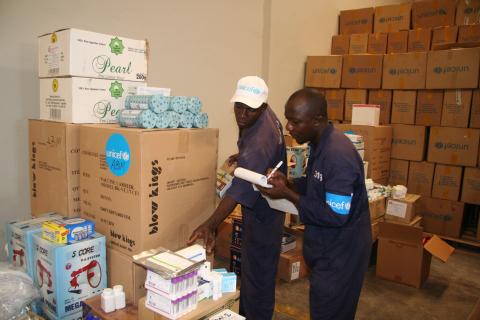