Over 30,000 children in West Nile screened for malnutrition

The COVID-19 pandemic underscored UNICEF’s message that good nutrition is vital in building children’s immunity and antibodies to put up a spirited fight in case of any infection.

In several districts of northern Uganda and the West Nile sub region, severe acute malnutrition, wasting and stunting in children are highly prevalent. According to the 2016 Uganda Demographic Health Survey, malnutrition in the region stood at a towering 10.4 per cent.

However, efforts by the UNICEF Uganda Gulu Zonal office, this figure has since doubled down. In its December monthly report, a global acute malnutrition rate now stands at only 3.3 per cent.

In partnership with AVSI and the Office of the Prime Minister (OPM), UNICEF Uganda’s Gulu office oriented District Nutrition Coordination Committees (DNCC) in Lamwo and Obongi districts. These orientations were conducted by the UNICEF’s Nutrition Consultant to the OPM supported by the Ministry of Local Government (MoLG).

The team also developed a conceptual framework for malnutrition to conduct a nutrition situation analysis, a stakeholder and action mapping software innovation which were rolled-out to analyse the opportunities and challenges in all 13 districts in the region. A comprehensive final draft of the District Nutrition Action Plan (DNAP) was submitted to the Office of Prime Minister alongside a harmonized draft of the multisectoral nutrition annual work plan for 2020/21.

At the community level, essential health supplies were delivered to all West Nile refugee-hosting populations and a mass nutrition screening was conducted in the districts of Adjumani, Obongi, Terego and Yumbe in which 21,786 households were reached and 32,517 children screened.

While a notable decline has been registered, outpatient therapeutic care (OTC) coverage remains exceptionally low with only 10.53 per cent of eligible children enrolled.

Preliminary results from the door-to-door Vitamin A supplementation, deworming and mother-led Mid-Upper Arm Circumference (MUAC) that took place in Lamwo District indicate an 84 per cent and 86 per cent coverage respectively but there remains a 16 per cent gap yet to be filled. The team is confident that an increase in the channels of administration can effectively meet the deficit.

Several trainings have been held to support the integration of nutrition supplies into the national distribution system of essential medicines and health supplies. The first training conducted by a team from the Ministry of Health (MoH) was held in Arua with support from UNICEF Uganda.

MoH with support from UNICEF embarked on the integration of these commodities into the Essential Medicines and Health Supplies (EMHS) system at the National Medical Stores (NMS) to promote increased efficiency in planning for nutrition supplies in the country.

Since most of the personnel at the district and health facility level never had formal training in health and nutrition commodities supply chain management, in-house training was critical to ensure that they acquire the right skills and knowledge to effectively utilise these resources at all levels of the supply chain; the central level, district and health facility level.

The integration process started with a pilot study in the West Nile sub-region to test the most optimal modality to be used countrywide. 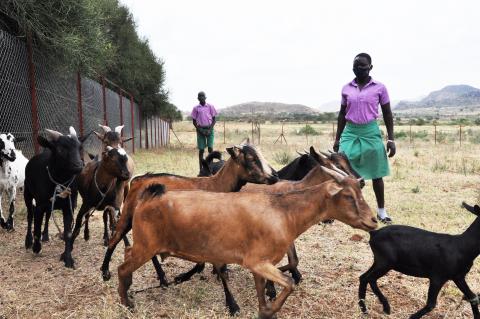 US$16 investment changing nutrition status of schools in Karamoja

Maintaining gains during the pandemic 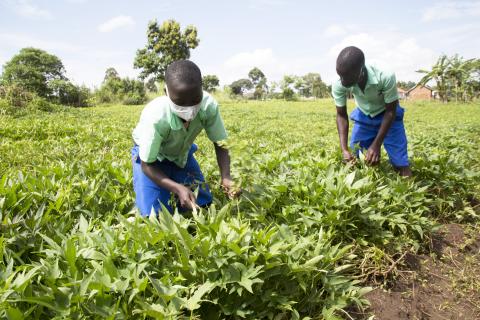