1 July 2020 was a day of jubilation at Karusandara Health Centre III in Kasese District as UNICEF handed over a motorized water system to improve access to safe and clean water.

Karusandara Sub County is one of the water stressed areas in Kasese. Initially at the health centre, there was one low yielding borehole which served the health workers, patients and nearby communities.

The motorized water system installed by UNICEF with funding from UKaid serves a population of 12,325. It was installed as part of UNICEF’s Ebola preparedness efforts in western Uganda.

Five water tap stands have been installed to serve the health centre and nearby population.

Handing over the system to the Kasese District Local Government, Eng. Peter Opwanya, Water, Sanitation and Hygiene Specialist for UNICEF’s Mbarara Field Office notes that the tap stands have been installed closer to the critical health centre departments to ease access.

Opwanya also revealed that similar water systems are being installed at different health centres in Ntoroko (four), Bundibugyo (four) and Kisoro (four). Seven have been installed at health centres in Kasese. Once all the seven are completed, the water, sanitation and hygiene infrastructure is expected to serve 7,600 people in Kasese alone, using piped water supply.

In addition, UNICEF has trained health workers in the four districts in infection prevention and control to prevent any diseases that may result from poor sanitation and consumption of unsafe water.

The Local Council III Chairperson of Karusandara Sub County Ezra Turyahebwa says the community and the health workers are already benefiting from the water.

“These new tap stands have reduced the congestion at the only borehole we used to have,”

Turyahebwa notes that having constant flow of water at the health centre is very critical because there are departments that cannot operate without water. He cites the maternity ward where both the expectant mothers and health workers always need to stay clean.
The motorized water system was handed over to the Kasese Resident District Commissioner Lt. Col. Joe Walusimbi, District Chief Administrative Officer Samuel Ssenku Kimuli and Karusandara local authorities.

The Resident District Commissioner thanked UNICEF for timely implementation of the water and sanitation project and appealed to the sub county leadership to own it and guard it jealously because “without water, your lives are not safe.” He further applauded UNICEF for the quality workmanship of the completed projects. 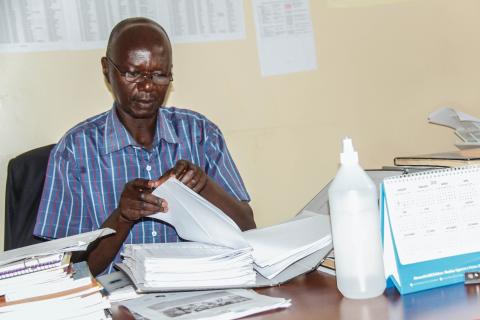 "We realise that the reporting of violence cases doubled" 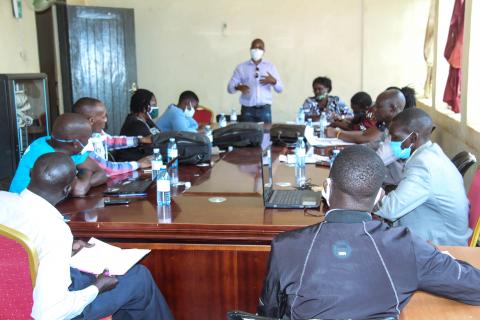 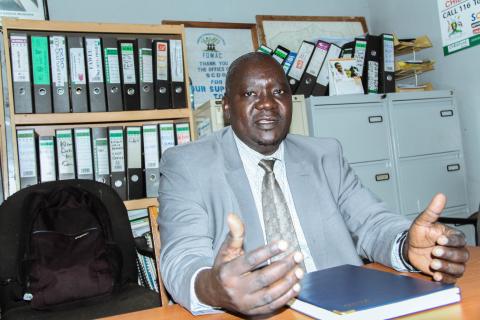 Thanks to the European Union-funded Spotlight Initiative 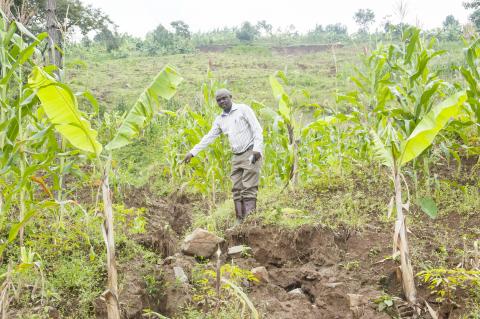